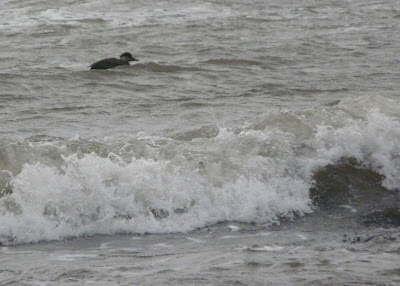 I'm pretty sure I've never photographed a Common Scoter before. This morning a female was feeding just off Maer Rocks so, despite the poor conditions, I made an effort to get a shot. Unusually, for the last few weeks, there has been a gathering of between 20 and 30 birds between Orcombe and Maer Rocks. They're traditionally always further out in the bay towards Langstone Rock so it's nice to see them regularly, relatively close. I only had an hour before football this morning so I didn't see much, but I did record 5+ Great Northern Divers, 1 Red-throated Diver, a handful of Kittiwakes and Gannets and 8+ Purple Sandpipers with 3+ Turnstone and 10+ Dark-bellied Brent Geese on Maer Rocks. 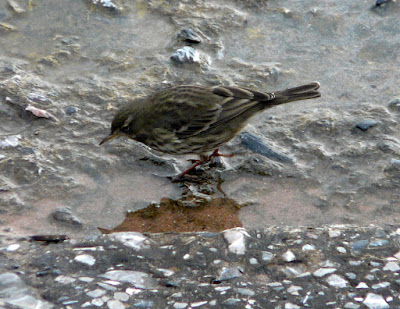