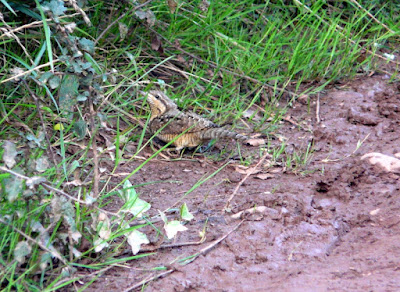 I've been away with the family since early Friday so was keen to get out on Orcombe late this afternoon. I checked the eastern fringes of the patch that border Sandy Bay as this was where the best sunny spots seemed to be. There appeared to be plenty of migrants around so I'm a bit gutted I was unable to get out this morning. Birds seen included 1 Wryneck, 3 Tree Pipit, 1 Whinchat, 3+ Wheatear, 1 Curlew, 1 Blackcap, 1 Spotted Flycatcher, c20+ Chiffchaff and 10+ Yellow Wagtail.
Rush Veneers were very much in evidence in the long grass and a single Silver Y and 2 Clouded Yellow were also seen. 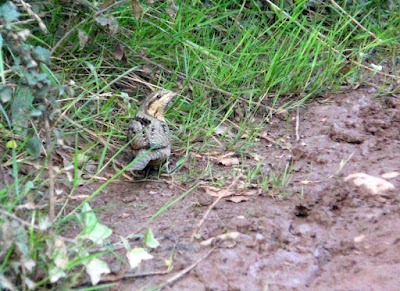 The Wryneck is feeding in the last place I'd expect to see one - the shady edges of a busy, narrow and very muddy part of the coast path about 500yds west of Sandy Bay Caravan Park. If you're approaching from Orcombe Point it's not far past the wooden bench. 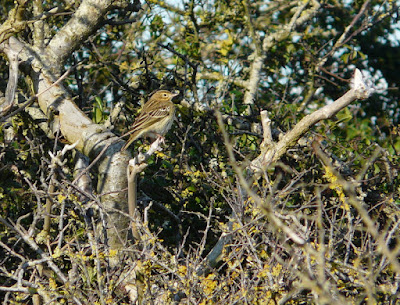 Tree Pipits - there were 3 together in the hedge bordering Sandy Bay. 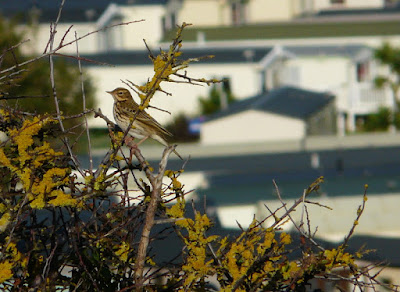 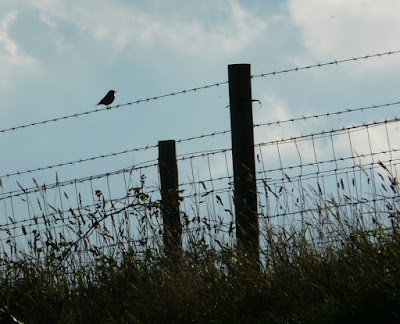 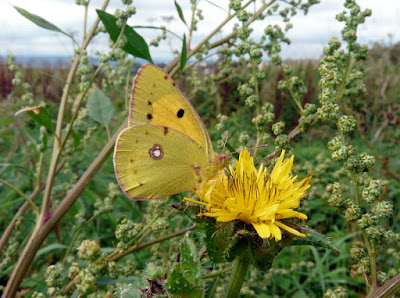