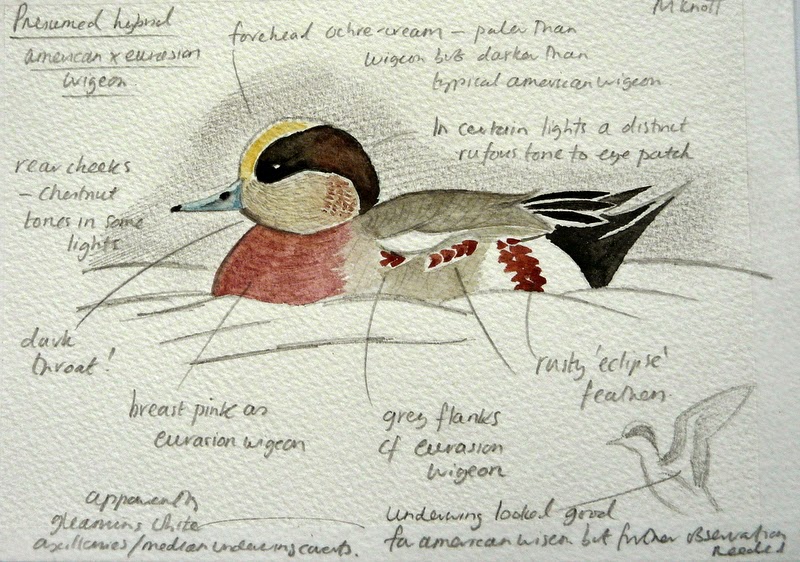 Having seen a photo of an eclipse drake american wigeon on the Rare Bird Alert gallery page, I thought I'd dig out my notes on an interesting bird that I found off Mudbank on 20th October 2007. The bird on 'Rare Bird Alert', photographed on Loch Ryan, appears to show quite a bit of grey mixed in with the orangey flank feathers. On my bird the grey flank and mantle feathers were my biggest concern and the primary reason for me submitting it as a hybrid. On an american wigeon you'd expect to see these feathers showing a nice pinky-brown colour. In most other respects, when I first found my bird, the features were a good fit for an eclipse drake american wigeon, including apparently gleaming white axillaries! The bird hung around into December and became less and less convincing as its moult progressed. Would love to hear any comments. 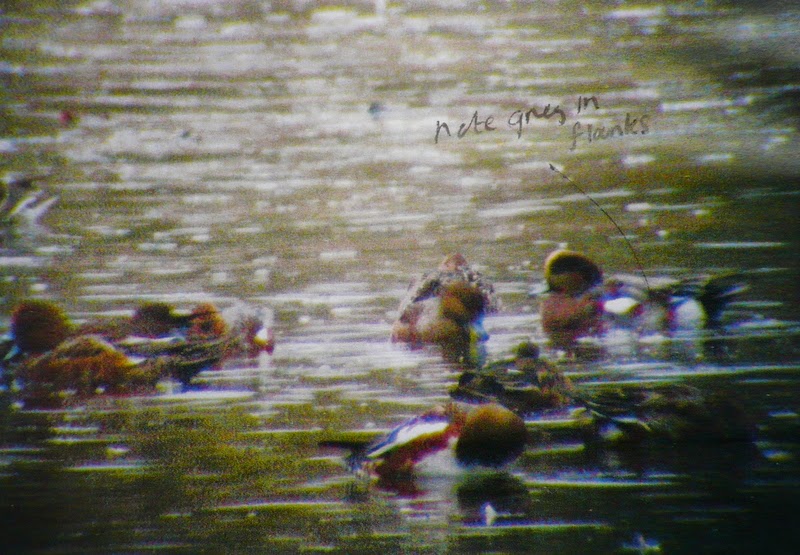 As you can imagine, on my first view of the bird I was fairly sure I'd got an american wigeon. The above photo was taken on 24/10/07. Note the perfect yank wigeon head shape and colouration. 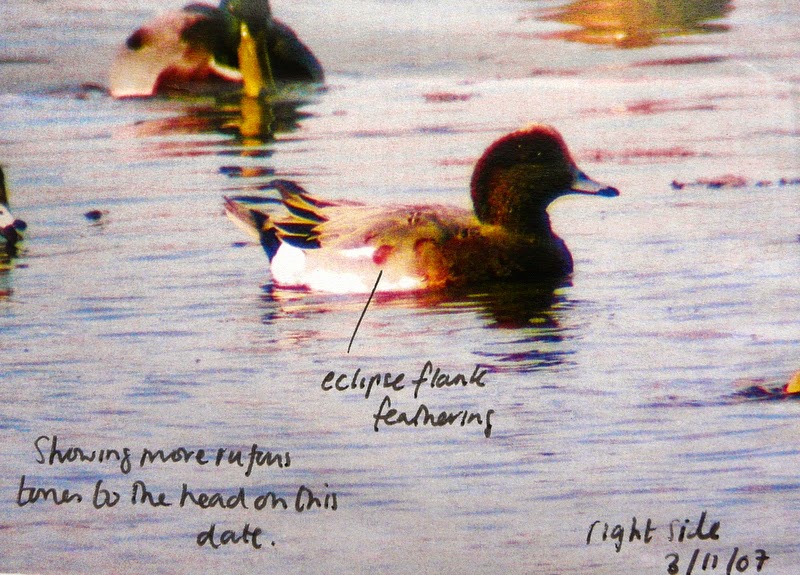 Not so convincing a week or so later! 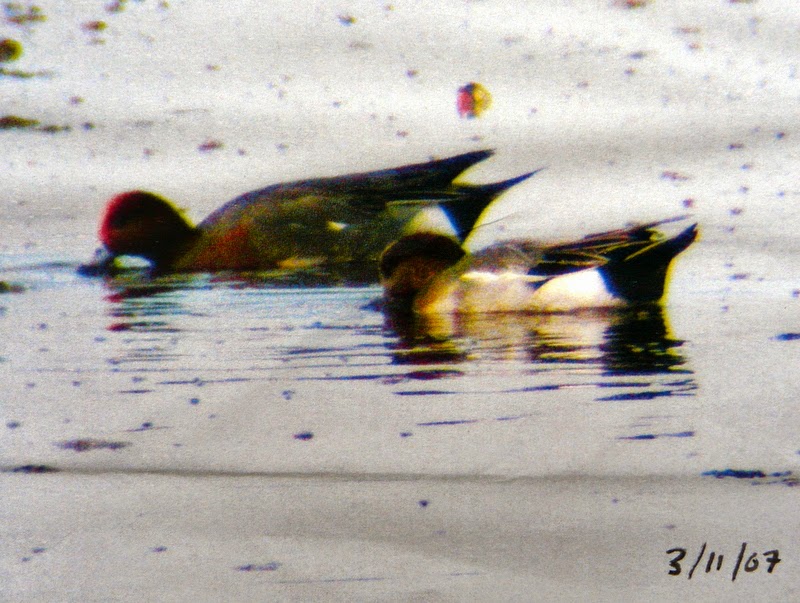 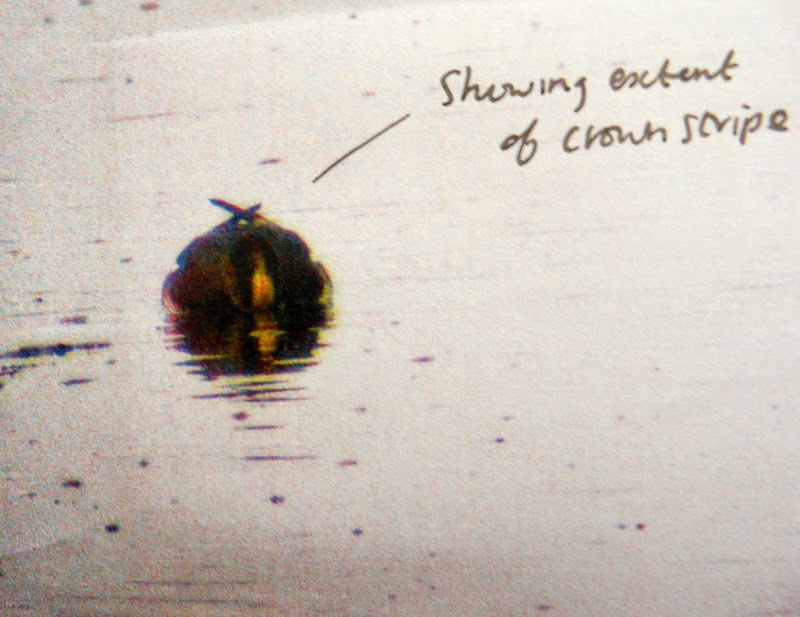