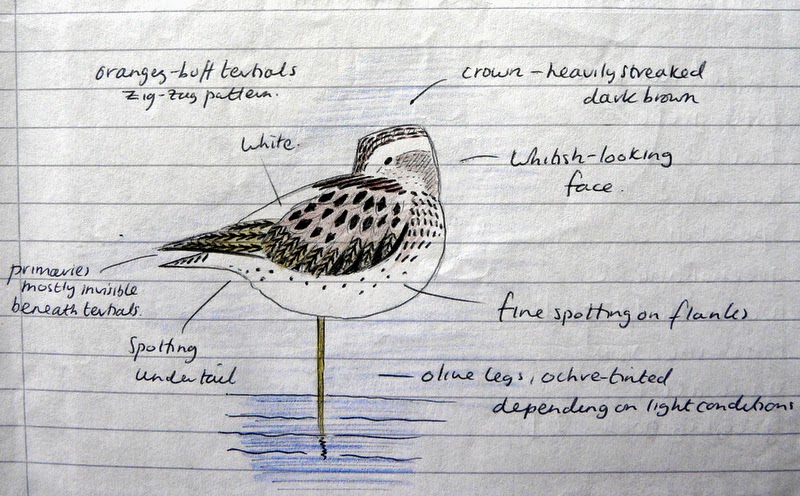 It's exactly nine years today that many birders added marsh sandpiper to their Devon list. The first Devon record concerned a bird seen by just one car load of birders on the river Avon at Bantham, way back on May 5th 1990. The next one was bound to cause some excitement!
On the morning of June 28th 2005 I had just dropped my daughter off with my in-laws and was on my way to work. I often had a quick look at Bowling Green Marsh en route as it was usually quiet (I really don't enjoy birding in busy hides). I parked up outside the hide shortly after 7am and knew Colin Bennett would be inside as his car was already there.
As I pushed open the door Colin turned round excitedly, asking if I'd got my scope. He had an odd wader that he thought might be marsh sandpiper! I'm ashamed to say I half expected to clap eyes on a greenshank, after all Colin only had his bins and marsh sandpiper had almost mythical status in Devon. I was therefore almost speechless when I set eyes on a gorgeous, silver-spangled adult marsh sandpiper! I couldn't quite summon up the courage to reach for my phone at first. I kept thinking am I missing something? Is this really a marsh sandpiper? Have I ruled out lesser yellowlegs? But then it flew and a white greenshank-like 'v' on the back dispelled any remaining uncertainty.
I got lots of cursing down the phone when I put the news out. It was that awkward time in the morning as people were preparing for work. Dave Stone was the first to arrive, followed shortly by Brian, Martin, Kev and Hoppers. As we watched the sandpiper, two adult spoonbills drifted in to complement an already special morning. Reluctantly, after Colin had  left, I had to tear myself away to go to work. I was late for the morning briefing but nobody noticed me sneak in. I went back in the evening with my brand new Nikon Coolpix and managed to take what are arguably the worst photos ever captured of this beautiful species. Apologies. 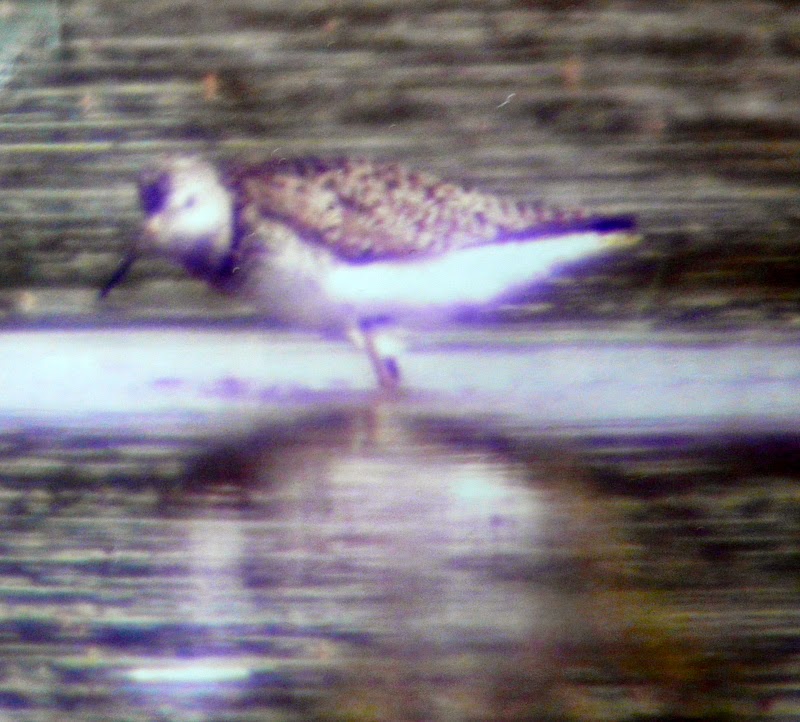 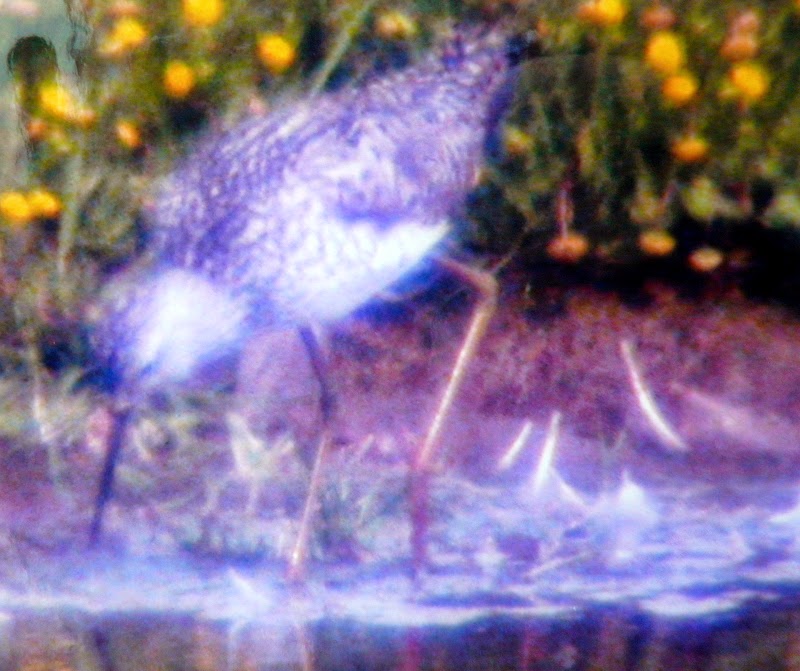 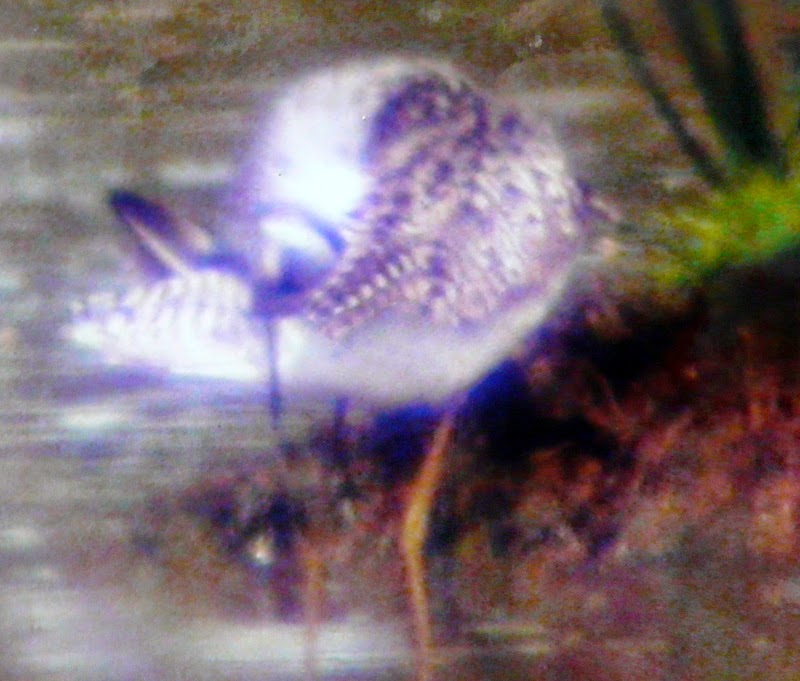 As you can probably imagine I was slightly annoyed that I'd arrived too late to actually find this bird. I went through the whole 'if only' scenario time and time again. If only I'd got up five minutes earlier? If only I'd dropped Maisie off a bit sooner? If only Colin hadn't been out birding!! As it transpired, somebody else had seen what they thought was a lesser yellowlegs the previous evening. It was almost certainly the marsh sandpiper although it was accepted by the BBRC as being present from June 28th to July 3rd.
Fast forward three and a bit years and I was able to lay those annoying 'if only' ghosts to rest when I found Devon's third marsh sandpiper on Bowling Green, early on the morning of August 31st 2008. This time it was a juvenile bird but equally as exquisite in my eyes. It was present for just one day but was seen by a lot of birders, albeit under far more relaxed 'I don't need this for Devon' circumstances. Below are some poor field sketches and a couple photos taken by Phil Stidwell that I hope he won't mind me using. 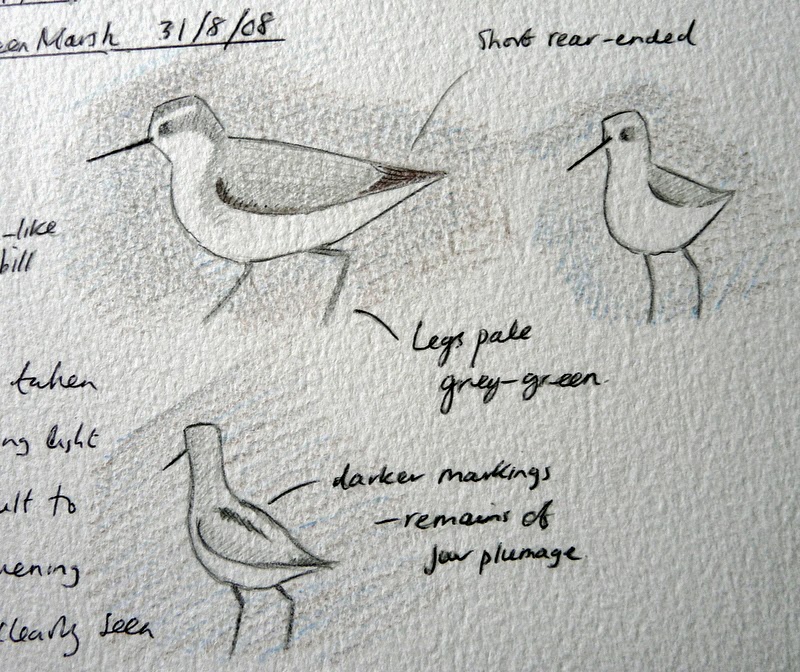 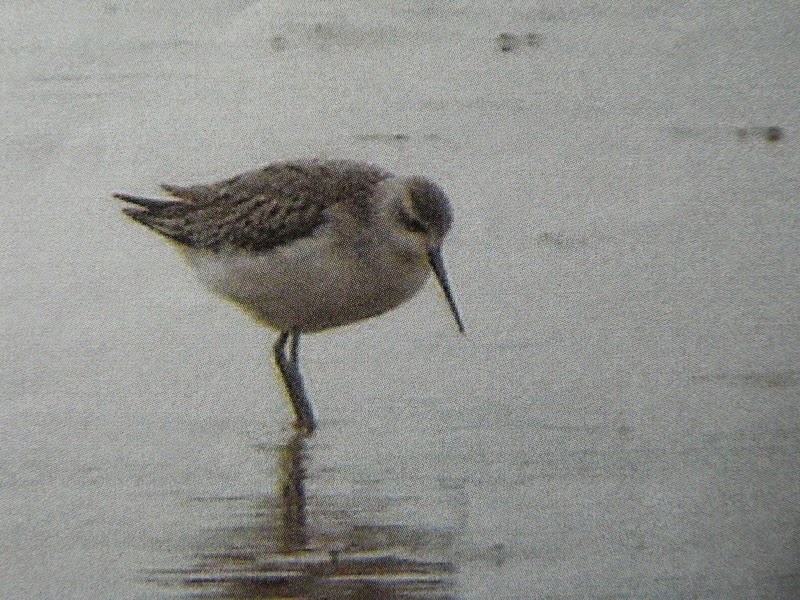 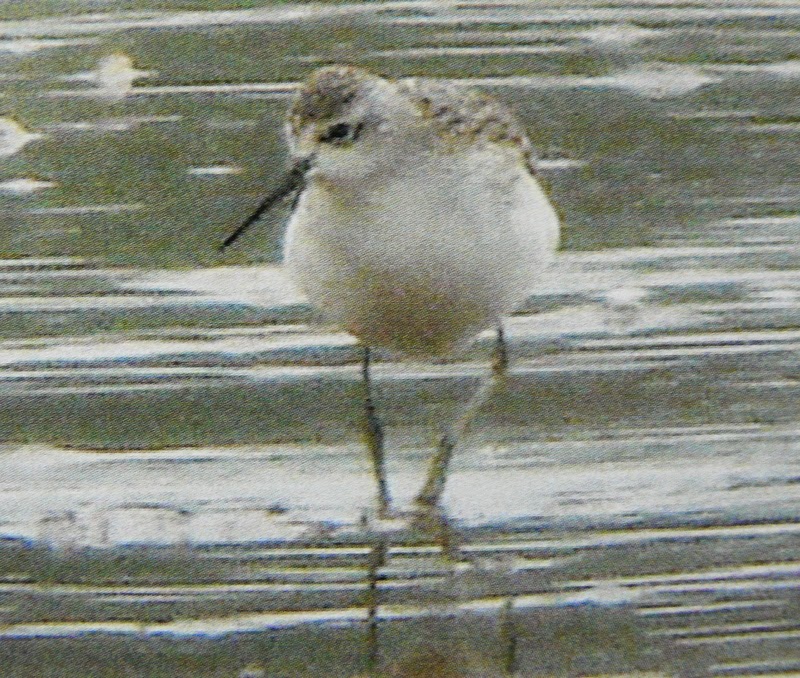 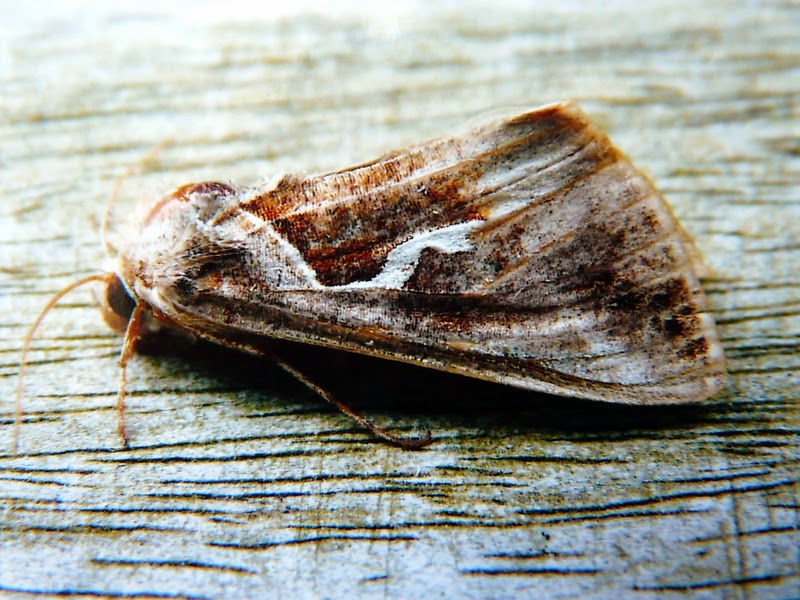 I got home for breakfast feeling pretty elated. I'd gone out too early to go through the moth trap so I set about emptying it a little later in the morning. It was one of those magical days as I recorded my first ever Dewick's Plusia moth - a scarce immigrant, perhaps delivered on the same south-easterlies as the marsh sandpiper.
Posted by matt knott at 22:19