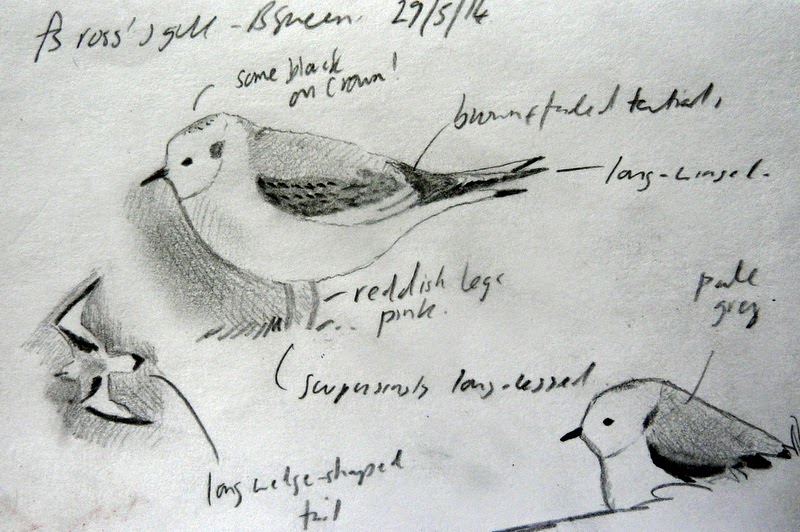 Not a bird I thought I'd see on Bowling Green! This bird has been around a few days now, masquerading as a first-summer little gull. Last night it was mooted as a ross's gull but it was too late for me to go and have a look. Thankfully the bird was sorted out this morning, and with it being half-term week I was able to get there fairly promptly. Watching the bird you could easily see why it caused confusion, with a big splodge of dark in the crown and the ability to appear very little gull like with a shift of its posture. Any doubts were dispelled in flight however as it showed a beautiful black-tipped diamond-shaped tail and a nice triangle of white cutting into the primaries. At other times it was classically dove-like and oozing ross's gull 'feel'. I'm desperately hoping it moves to the south end of the river to give me a chance of getting it on the house list but we'll have to wait and see. It seemed pretty happy picking around a muddy pool on Bowling Green this morning. I've now been lucky enough to see four Devon ross's gulls but this is my first immature bird. 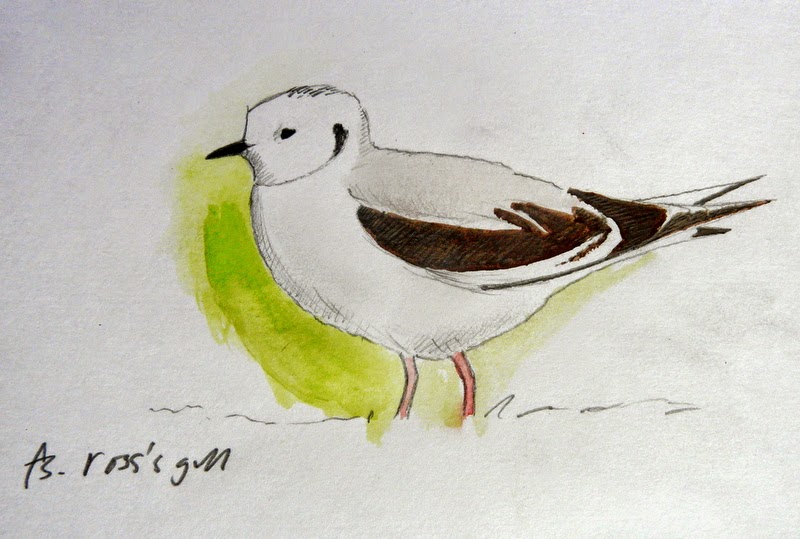 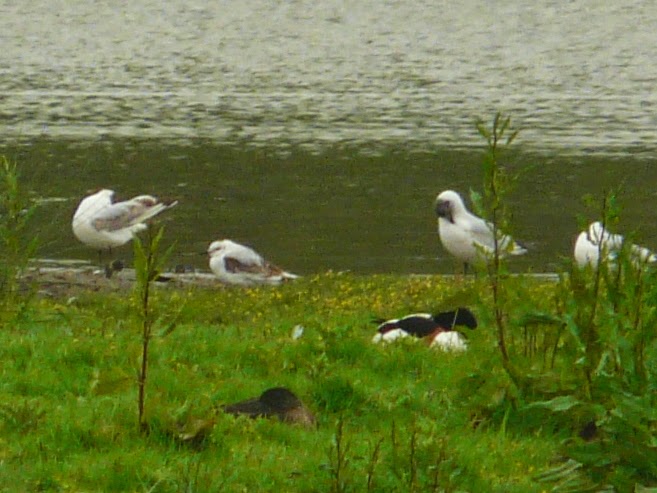 Off the lifeboat station early this morning was c20+ common scoter, 6 'comic' tern (all prob commons), 30+ sandwich tern, 1 roseate tern, 2 shelduck, 4 canada goose, 4 sanderling, 1 fulmar, c20+ wader sp and 7 dunlin. I scanned Warren Point further along the seafront and had 1 turnstone, c150+ sanderling, 6+ ringed plover and c5+ dunlin. The first-summer little gull was again off Mudbank early morning and the osprey was seen to catch a fish, viewed from Joel's bedroom window, at about 1220. 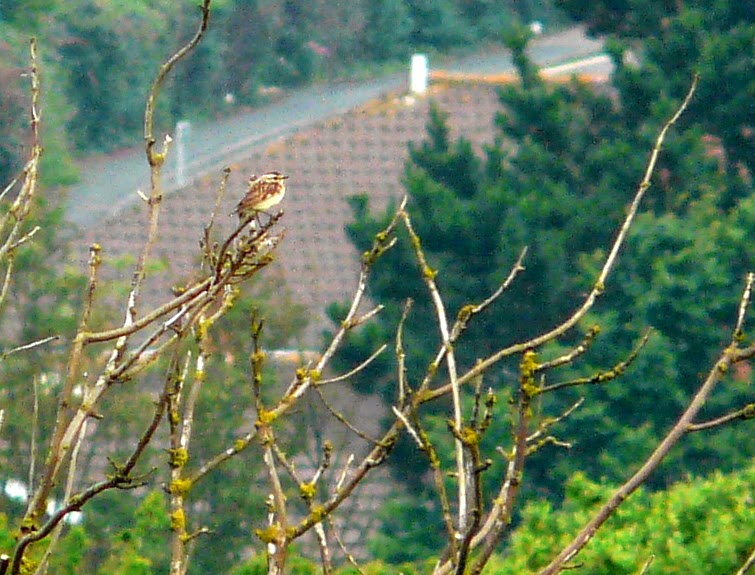 Yesterday - Mudbank - fs little gull, 11+ whimbrel and 4+ sandwich tern. Orcombe Point - 9+ 'commic' tern, 1 roseate tern, 9+ common scoter, 16+ sandwich tern, 3 swift, 1 great crested grebe, 3 swallow, 1 stock dove, 1+ guillemot and, best of all, my first (and probably only) whinchat of the spring!
A day-flying female nightjar was seen whilst walking the dog on Woodbury Common in the afternoon and the mixed singing willow warbler or hybrid is still on territory. 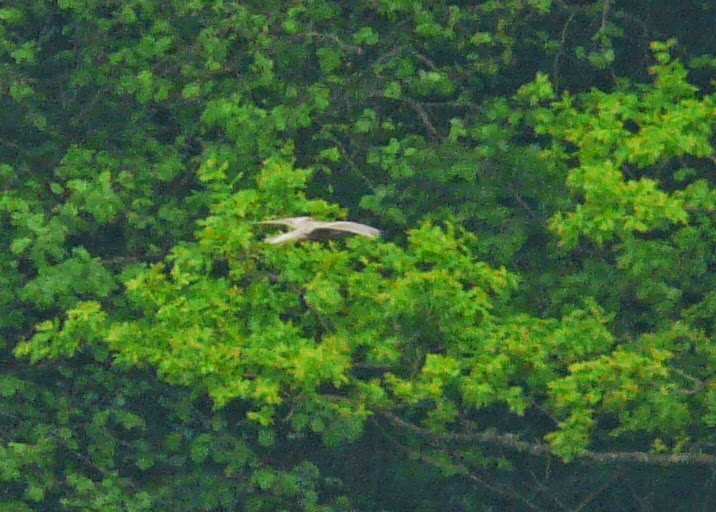