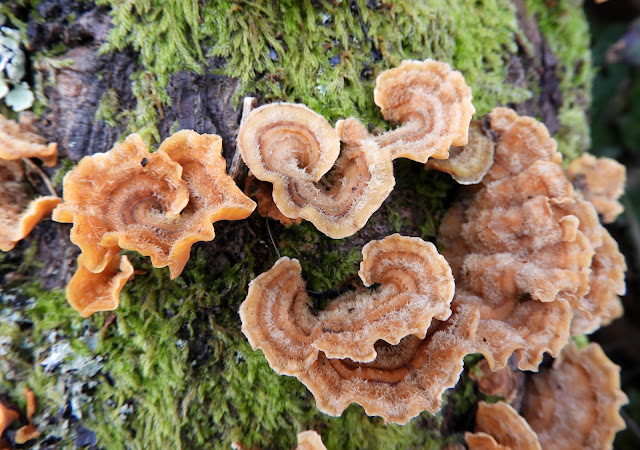 Three Crossbills were on Withycombe Raleigh Common this morning.

A monochrome, grey afternoon transformed into quite a pleasant early evening, with a little bit of blue sky and sunshine. That's Berry Head in the distance.

The nearest Razorbills were still bloody miles out today. I used to see Guillemots and Razorbills close in from Exmouth, fairly regularly in the past, but in recent years it has become increasingly difficult to get good views of them. The feeding habits of auks, divers and grebes has definitely changed a lot in the last decade. 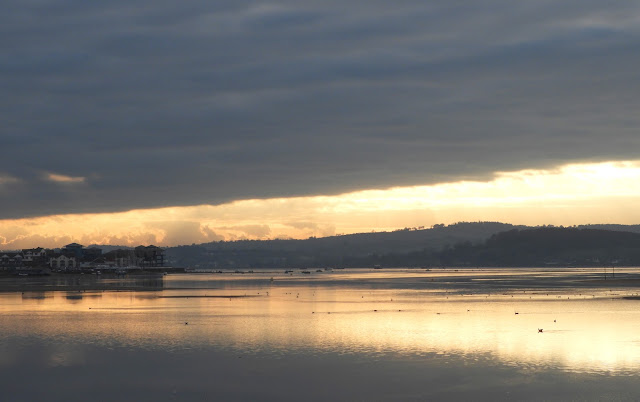 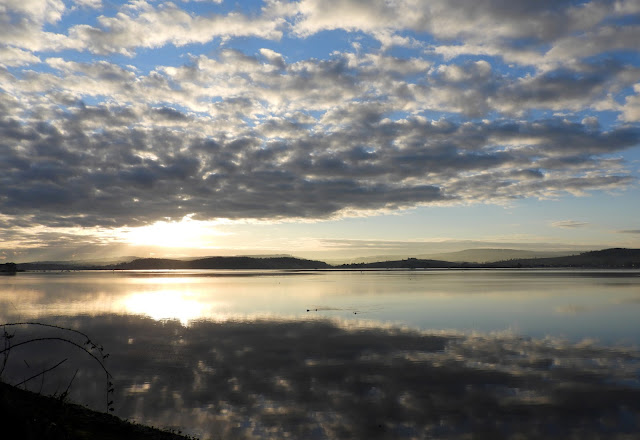 The Spoonbill was off Mudbank this morning but it wasn't there later this afternoon. This photo was taken late, yesterday afternoon.