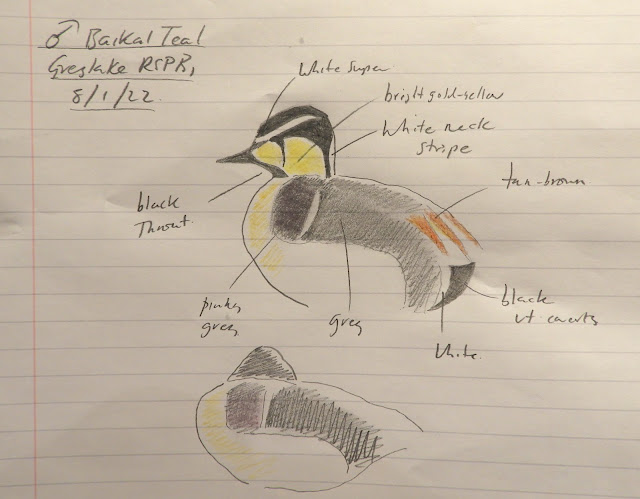 Not the views I was hoping for but over a period of time I managed to piece together some notes on Greylake's drake Baikal Teal. Another dreadful day weather-wise but at least the hides afforded a modicum of shelter. The Baikal Teal spent most of the time I was there, fast asleep. It occasionally raised its beautifully-patterned head but soon tucked it away. If it weren't for the vertical white flank stripe it would have been impossibly difficult to pick out amongst the estimated 1000+ Teal. 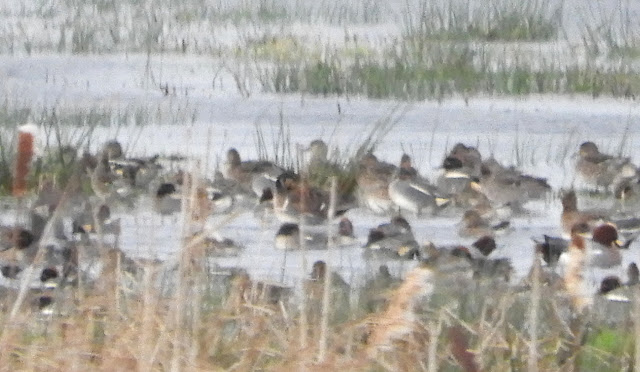