Today's star bird was this Ruff which dropped in at Mudbank just as the tide was dropping. It was with c300 Black-tailed Godwits which is, I believe, my highest ever Exmouth count. Ruff is one of those birds that I can easily go without seeing in Exmouth in any given year. I photographed this one from the cycle track, opposite Lower Halsdon Farm. Also off Mudbank - 4 Redshank, 10+ Pale-bellied Brent Geese, 12 Great Crested Grebes and the obligatory first-winter Yellow-legged Gull. I was pleased with a high count of 211 Shelducks on Cockle Sands and it was good to see Rupert as always. 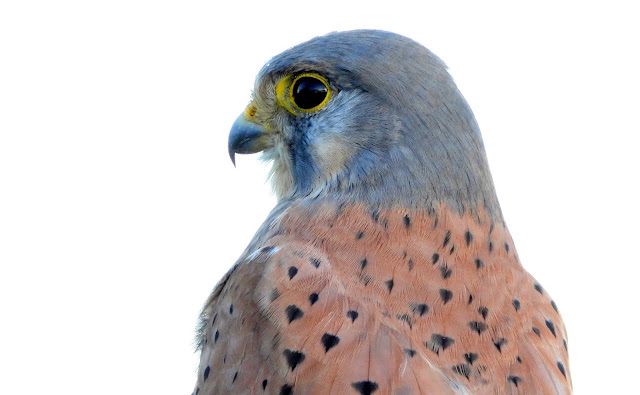 I think this gorgeous Kestrel was so focused on the Skylark and Meadow Pipit activity around it that it didn't notice me stood behind it. I hadn't noticed it either until I arrived at a gateway that it was using as a perch. 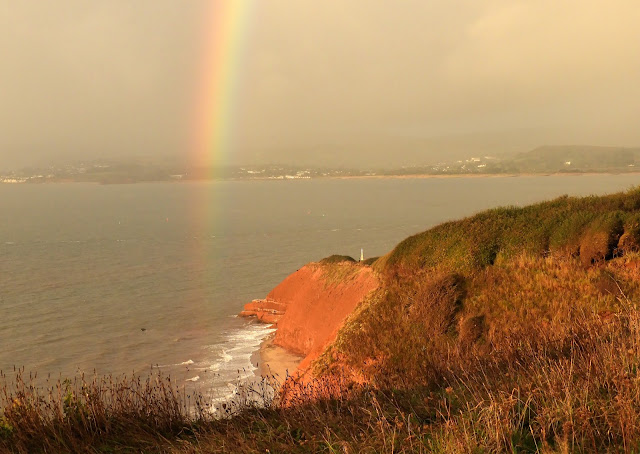 Looking down towards Orcombe Point from the cliff path, with rain approaching across Dawlish Bay. 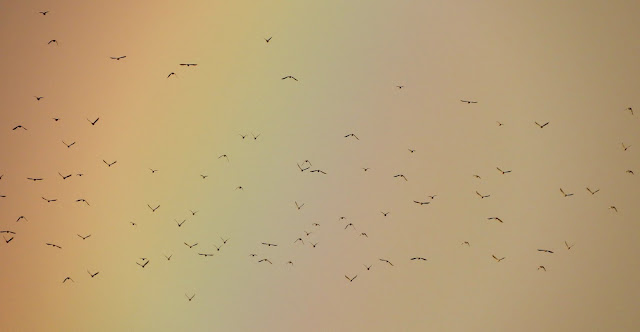 Woodpigeons heading west across the bay. 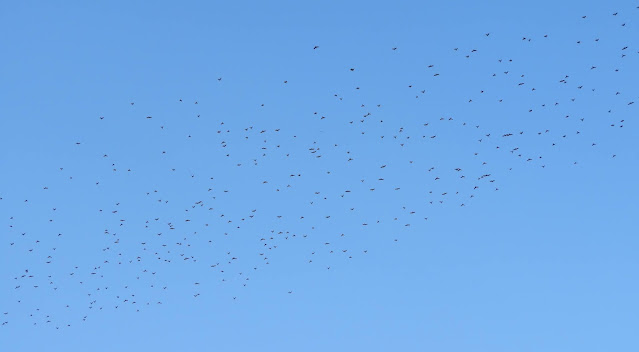 Some decent-sized flocks of Woodpigeons passed over this morning but the big, big numbers usually get going on clear, bright mornings in early November. 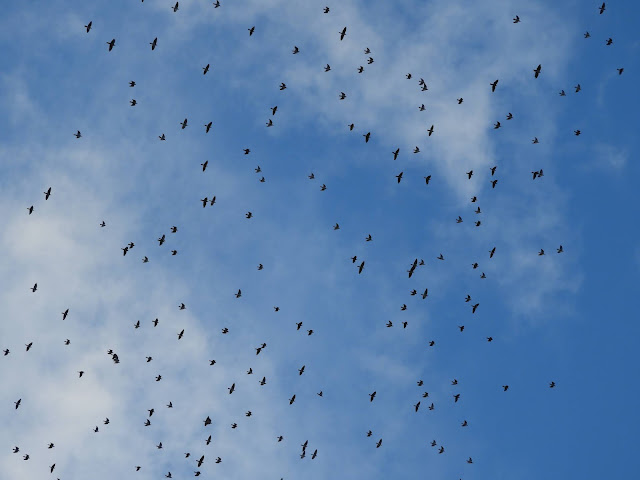 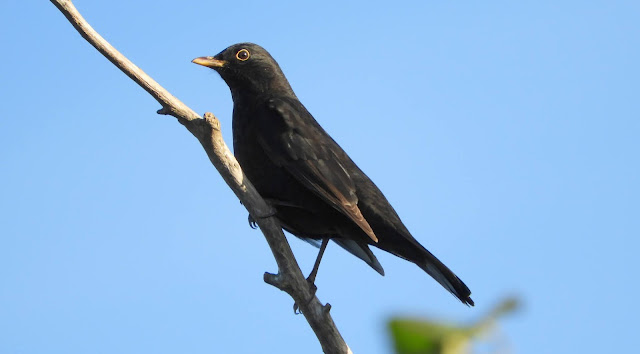 Lu and I walked the dog along the beach to Sandy Bay this afternoon. Large numbers of flies in the corner of the beach  attracted 3 Rock Pipits, this Grey Wagtail and a couple Pied Wagtails, but not the hoped-for Black Redstart.