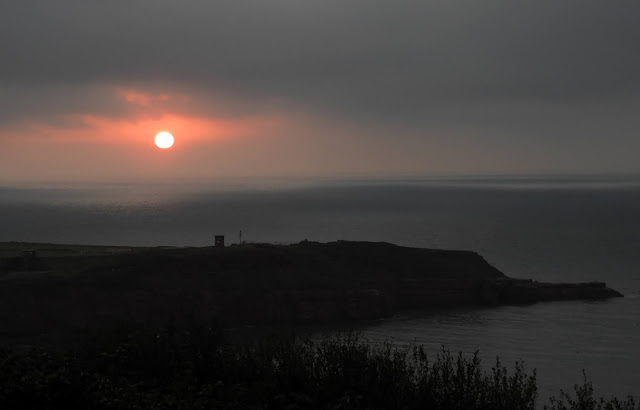 Straight Point from Orcombe at dawn.
A bit of movement overhead on Orcombe this morning with 'alba wagtails featuring most strongly - 74 tallied in the notebook, along with 7 Stonechats, 8+ Chiffchaffs, c60 Goldfinches, 2 Reed Buntings, at least 15 Siskins, 16+ Chaffinches, 1 Snipe, 3 Song Thrushes, 5 Swallows, 25 Jackdaws, 18+ Woodpigeons, 1 Stock Dove, 1 Grey Wagtail and a Great Spotted Woodpecker. A trickle of Meadow Pipits and the odd Linnet and Greenfinch weren't specifically counted. Two Kestrels, 2 Ravens, a couple Sparrowhawks and the three Red-legged Partridges were also noted.
Off Mudbank this evening - 410+ Dark-bellied Brent Geese with at least 6 Pale-bellied Brent Geese amongst them, though the whole flock was very distant.
On the 7th an influx of Stonechats included at least 12 birds in the turnip field along with a single Whinchat. A single Jay was also noted and a flock of 20 Common Scoters passed off shore. 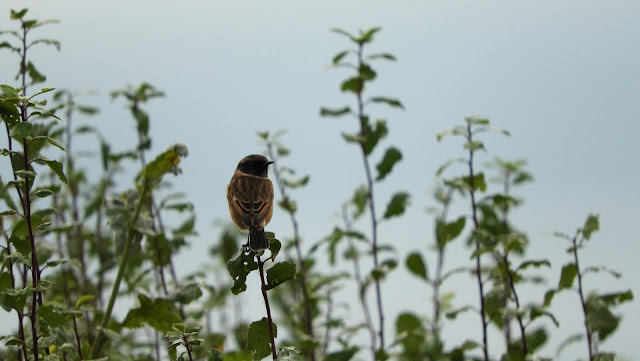 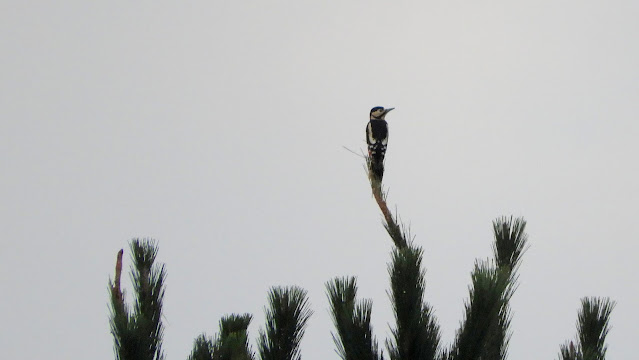