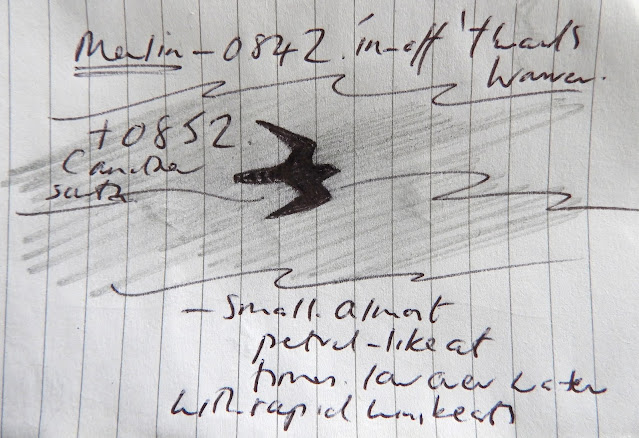 Highlight today was my first two Exmouth Merlins of the year. The first battled low over the waves, offshore towards the Warren at 0842, and the second headed south just 10 minutes later. A split sea-watch from the raised beach huts, from 0745-0920, and another 20 minute look off Orcombe Point from 11'ish produced 3 Dark-bellied Brent Geese, 1 Sandwich Tern, 12 Common Scoters, 4 Mediterranean Gulls, 1 Great Northern Diver and a steady stream of Gannets. A few auks, Kittiwakes and Lesser Black-backed Gulls headed south too and shortly after dawn hundreds of Black-headed Gulls streamed out of the Exe and presumably continued eastwards. Another highlight was two first-winter Little Gulls that headed south together off Orcombe Point at 1132. 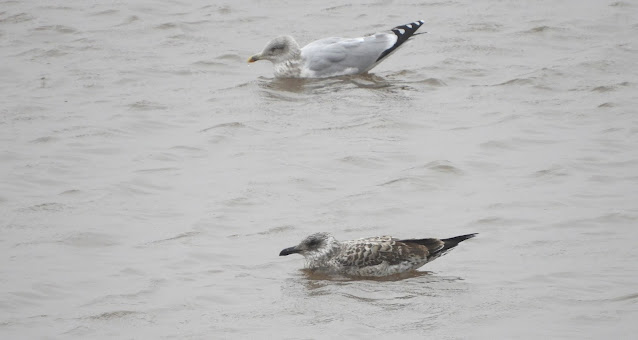 The first-winter Yellow-legged Gull was again off Mudbank.