A quick trip up the M5 to Curry Moor, just outside Taunton, in Somerset this morning. The target was a herd of Whooper Swans that have been present some time. Despite the foul weather I eventually located them - thirteen in total, including seven juveniles. My photos are poor but good scope views were had. A pleasant trip out of swan-starved Exmouth. I've yet to record either Bewick's or Whooper Swans in Exmouth and I haven't seen a Whooper anywhere for years.

I've done very little birding lately but the drake Eider was on Cockle Sands, late in the afternoon, on the 10th and 11th, and a female-type Goldeneye was off Mudbank this afternoon, along with a single Pale-bellied Brent Goose. Eight Red-breasted Mergansers were off the Imperial. 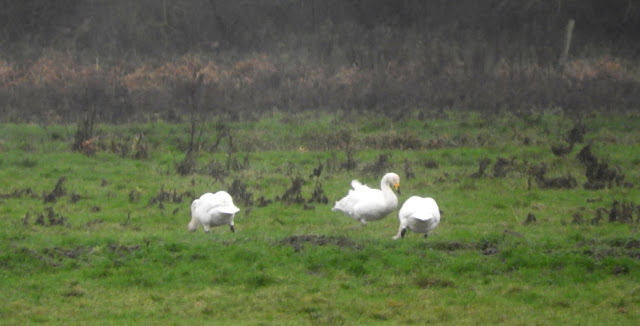 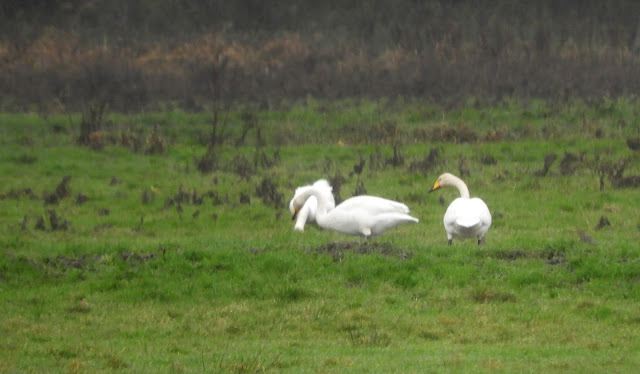 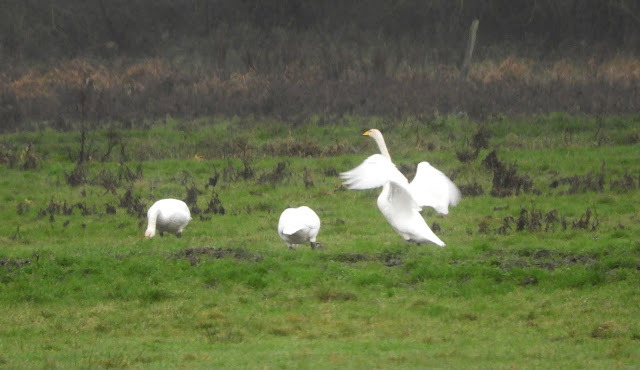 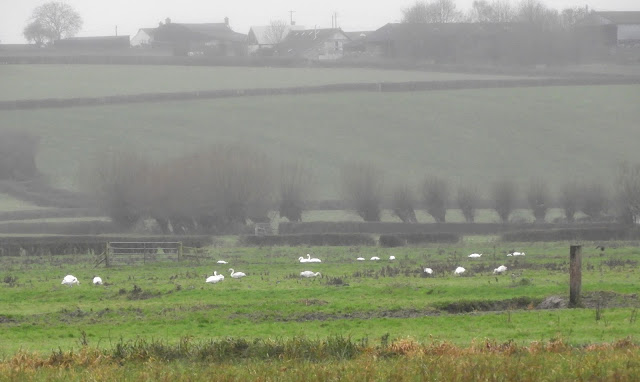 Whoopers in the foreground with Mutes behind. Curry Moor is part of the Somerset Levels, bordering the river Tone - an extensive area of grazing marshes. I would have liked to spend longer mooching around but the weather was dismal. Other species noted included the odd Golden Plover, several Fieldfares, good numbers of Lapwing, Mute Swan and Starling.
Posted by matt knott at 07:40