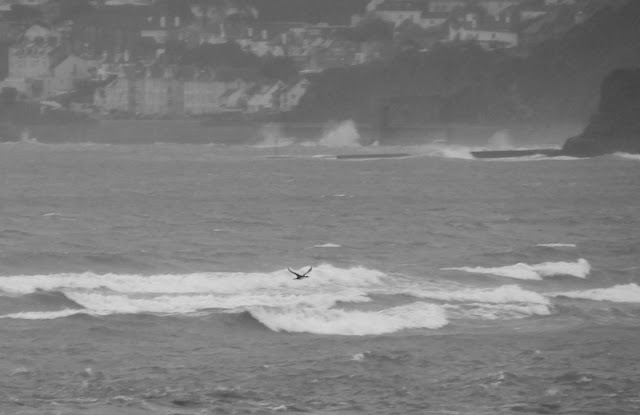 A Great Northern Diver flies in to the bay before 'belly-bouncing' off a wave and landing, to loaf off the seafront. In the background the waves hit the sea wall and railway line between Dawlish and Langstone Rock.
I've been really surprised at how few birds seem to have been blown in by storms Dennis and Ciara. In the past I would have all but guaranteed finding the odd Little Gull or Kittiwake somewhere in Exmouth but I've had no luck whatsoever. Probably just as well for the birds, but the suspicion is the birds just aren't out there like they used to be.
It has been raining heavily for most of today and yesterday but this morning I managed to record 12 Red-breasted Mergansers, at least 9 Great Crested Grebes and 2 Goldeneye off Mudbank. At least 10 Cattle Egret flew up from Cockwood Marsh with a load of gulls. Earlier a Great Northern Diver, 1 Fulmar and two Mallard were off Maer Rocks. A look off Shelly Beach late afternoon revealed good numbers of Black-headed Gulls dip-feeding in the estuary and the regular Kingfisher in the marina.
Otherwise the only news this week is from the 12/2 when the Slavonian Grebe and 2 Mediterranean Gulls were scoped from Shelly Beach after work. 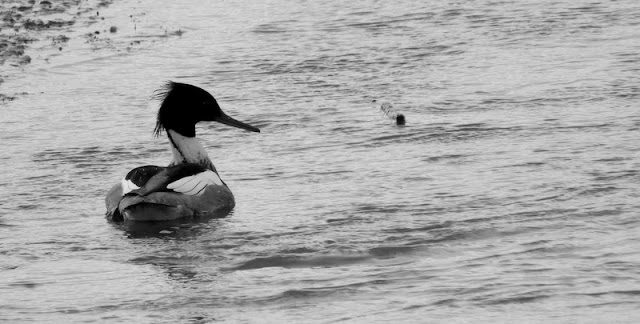 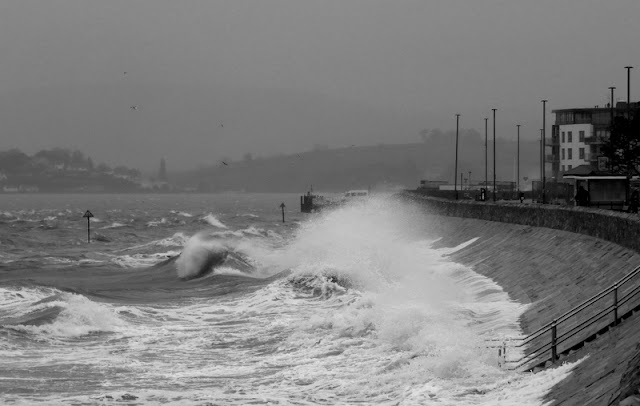 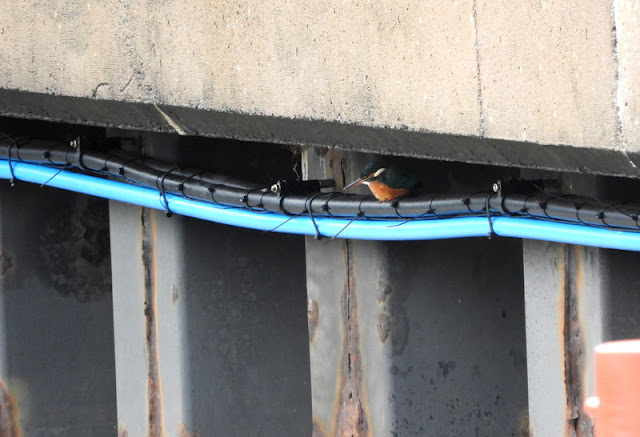 The female Kingfisher can be so difficult to find in the marina. Great camouflage! 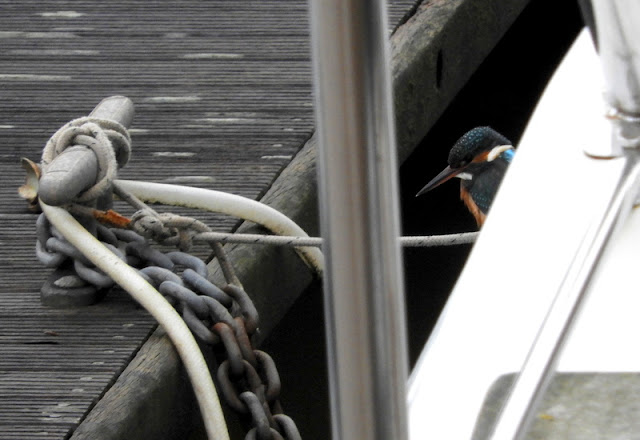