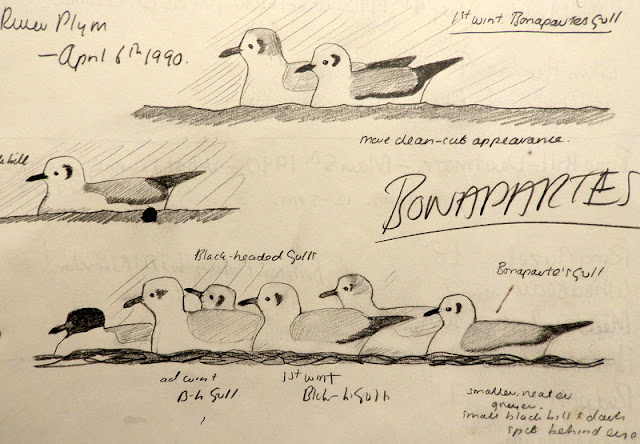 Notes on my first ever Bonaparte's Gull - a first-winter bird on the River Plym on 6/4/90. Plymouth was a real hot-spot for this species back in the day.
If I had to pick one species that I've been really lucky with over the years it's got to be Bonaparte's Gull. I've seen ten in Devon - a good chunk of the total number recorded in the county which, according to the Devon Bird Report 2017, by the end of 2017 numbered around 27 individuals. There's a question mark next to the number of previous records, presumably because some records are likely refer to returning individuals. The first Devon record was from Sidmouth in October 1961 (The Birds of Devon - Michael Tyler) and then the majority of records were from the Plymouth area, in a golden era that spanned the late eighties, through the nineties. In the last twenty years the river Exe has arguably been the place for this tree-nesting, north American species, with Bowling Green Marsh faring particularly well in the spring.
I don't think I've ever dipped one, I've found birds on three different estuaries, seen two from our house and enjoyed hours of wonderful, close-up encounters over a number of years. I consider myself incredibly fortunate when it comes to Bonaparte's Gull but it doesn't make me any less keen to find another. 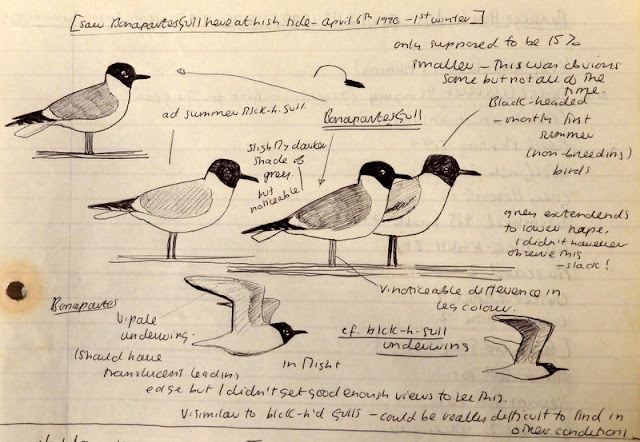 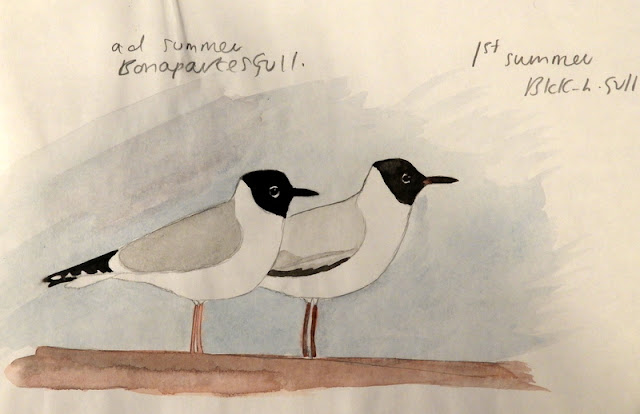 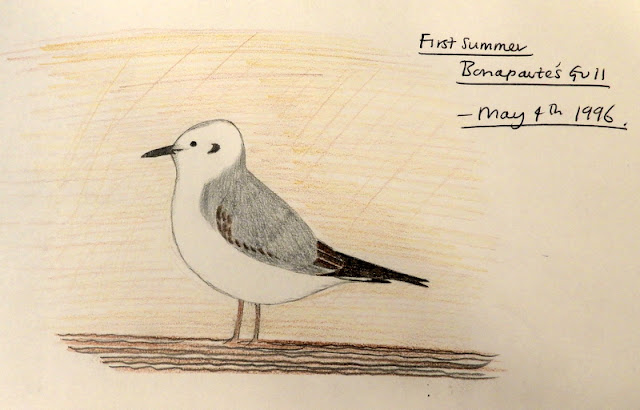 My third was yet another Plymouth bird - a first-winter on 4/5/96. Original field notes in rather fetching blue biro below. From the late eighties and through the nineties Plymouth was the place, not just for Bonaparte's Gulls but for gulls in general. Some very good birders, coupled with a sewage outfall and a large, fully operational tip made the area one of the best places, if not the best place, for gulls in the country. Sadly the tip and the sewage are a thing of the past. 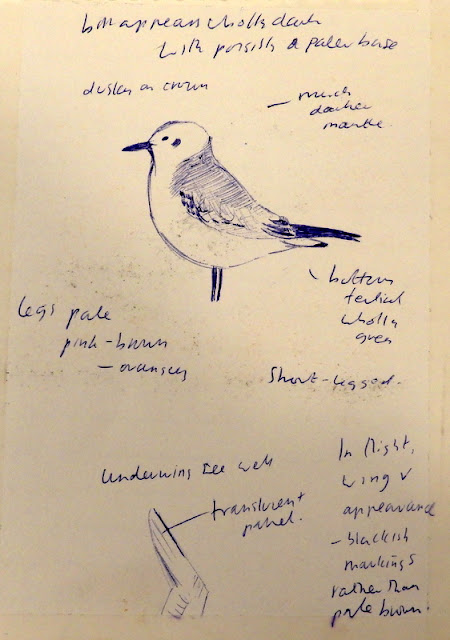 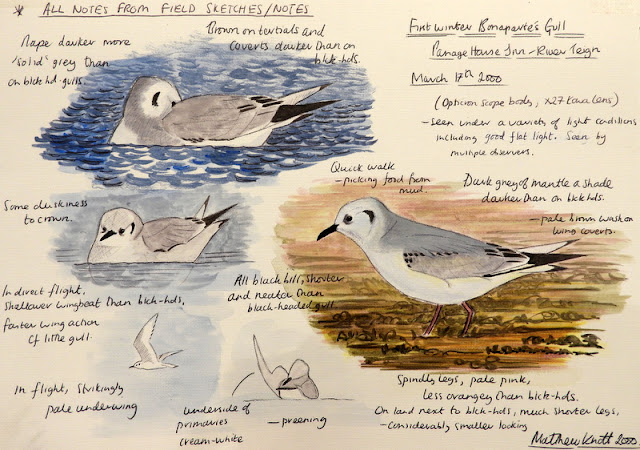 Bonaparte's Gull number four and my first self-found bird - a first-winter bird on the River Teign on 17/3/00. It stayed on the river until May 1st 2000. This is my BBRC submission. 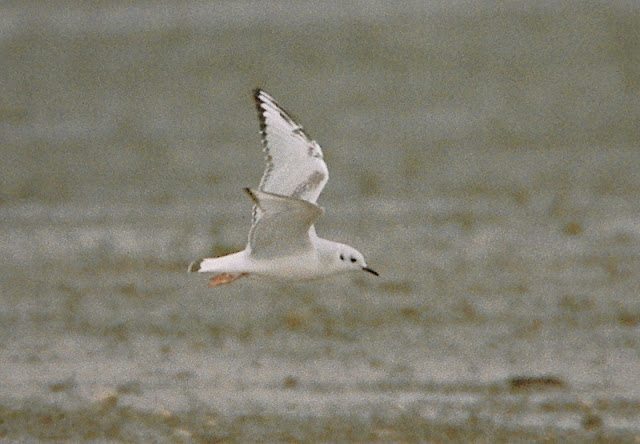 Bonaparte's Gull - Teign Estuary. Photographed by the late George Reszeter. He very kindly sent me this photo which I've treasured ever since. 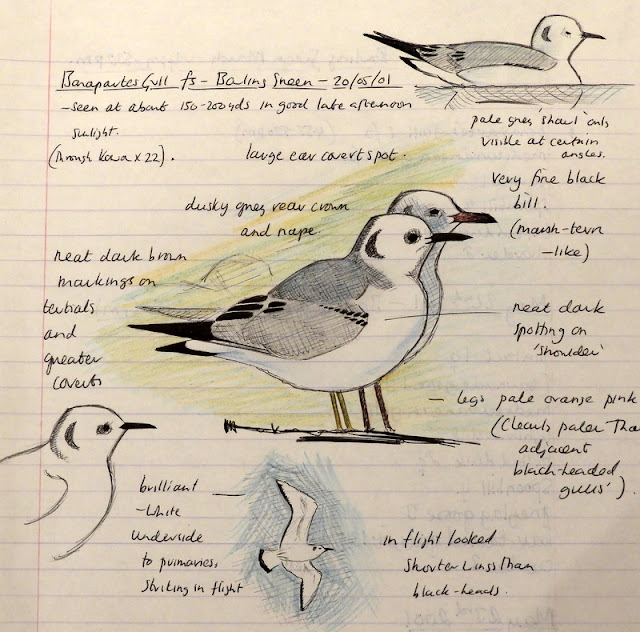 My fifth was a first-winter/summer on Bowling Green Marsh on 20/5/01 and subsequently. This one was found by Dave Smallshire and was present for five days (Devon Bird Report 2001). 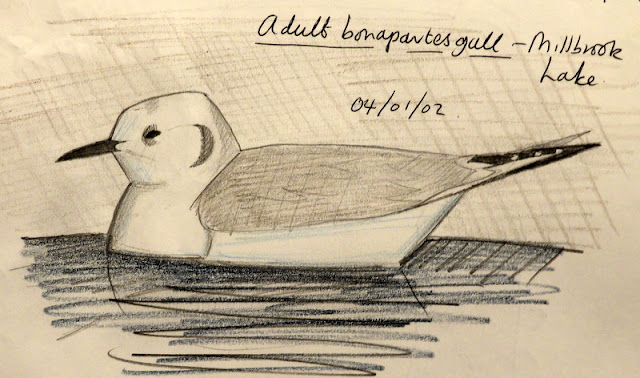 I've only seen one Bonaparte's Gull in Cornwall - this adult bird at Millbrook Lake on 4/1/02. All the others (apart from birds in the USA) have been in Devon. Devon and Cornwall records must account for a massive proportion of the UK records. 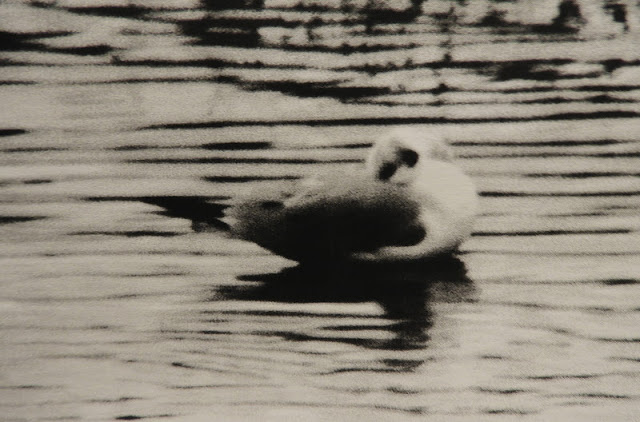 This is a second-winter bird that I relocated on the River Otter on 31/1/07. It had been originally found by Steve Votier on the Tamar Complex at the end of 2006, and was on the Plym until 14/1/07 (Devon Bird Report 2007). A clear dark smudge on the tertials identified it as being the same bird. Sketches of the bird below. 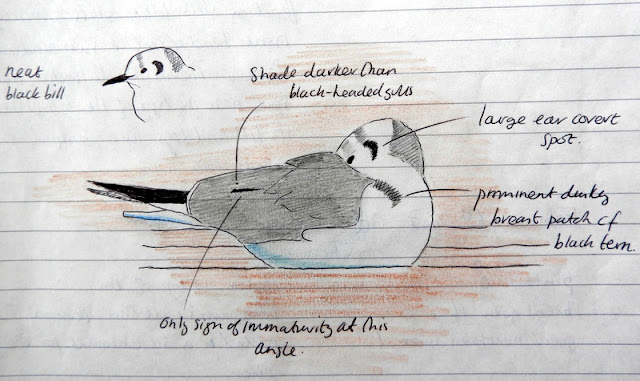 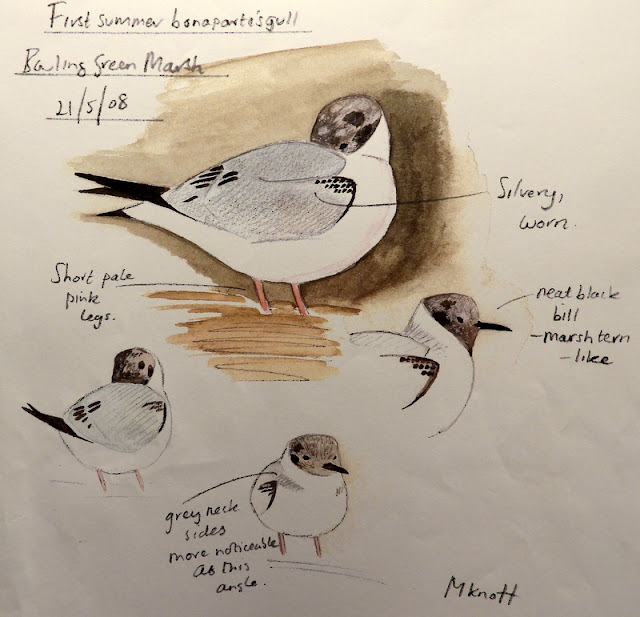 My second self-found Bonaparte's Gull was this first-summer bird that I initially scoped from the canal towpath at Exminster Marshes. It moved from the river on to Bowling Green Marsh. There has since been a remarkable run of records at the north end of the Exe. If you want to find one of these beauties, targeting non-breeding spring flocks of Black-headed Gulls offers a very good chance. They really do prefer estuaries and fresh-water marshes to other habitats though. 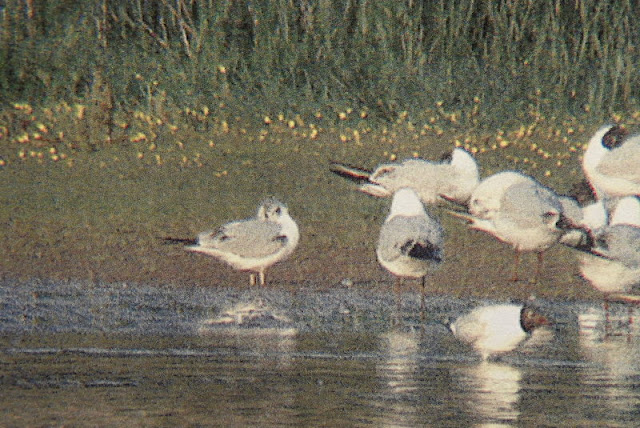 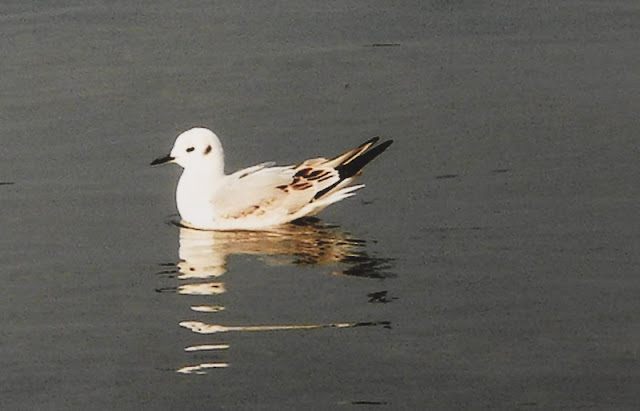 I photographed this bird in May 2011 off Mudbank. Its original finder was Chris Townend. He first had it on the Otter estuary on 13/4/11 where it was seen on and off until 29/4. It was also seen on the Exe between 18/4 and 19/7, reappearing off Dawlish Warren on 29/8/11 (Devon Bird Report 2011). It then went on to winter between the south end of the Exe and Teignmouth, for consecutive winters, until the early winter period of 2018. 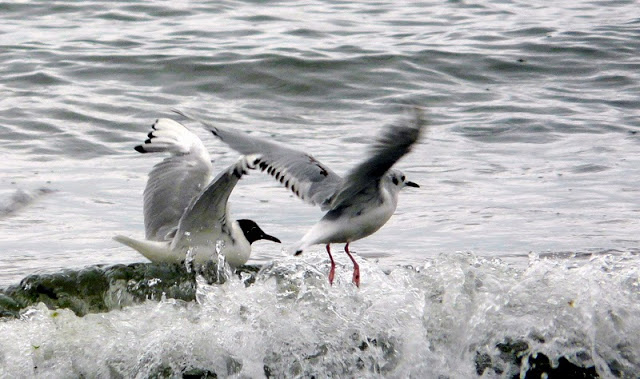 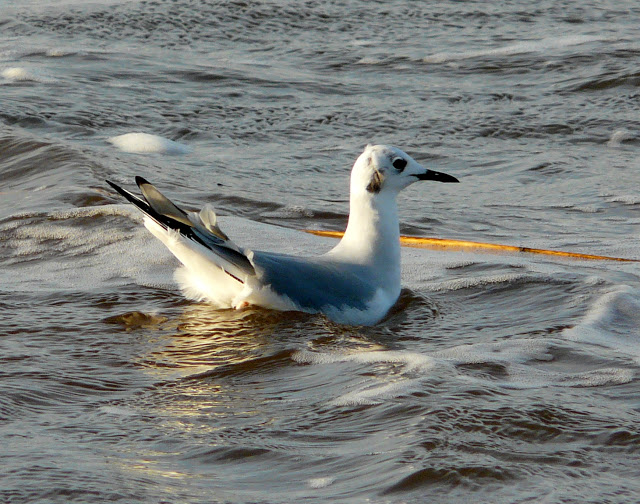 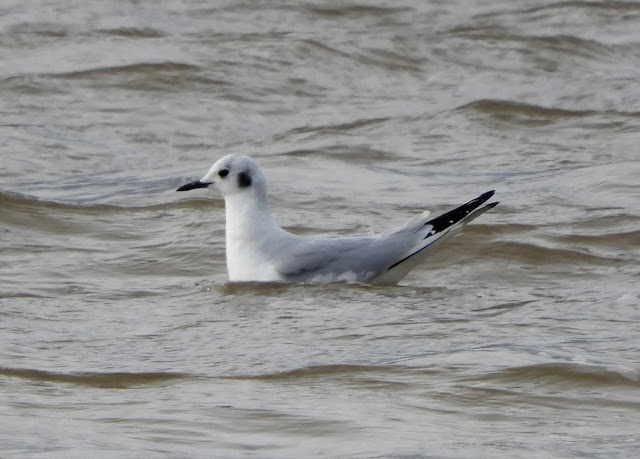 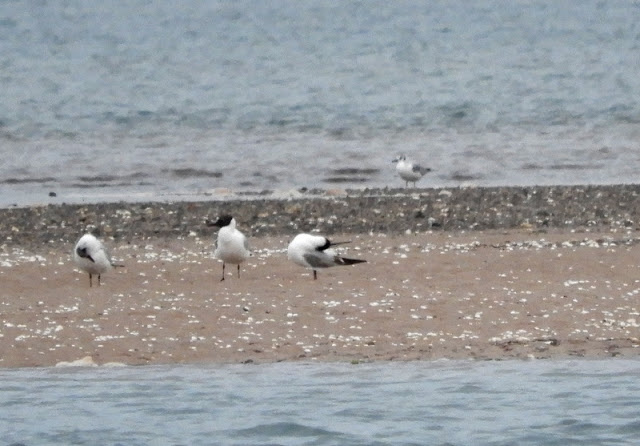 My third self-found Bonaparte's (fourth if you include the 2007 Otter bird) and tenth in Devon was this first-summer off the Imperial recreation ground. It was present from 3/6/19 to 6/6/19 over the high tides. This one broke the recent trend of birds favouring the Bowling Green/Clyst area.
Posted by matt knott at 23:26