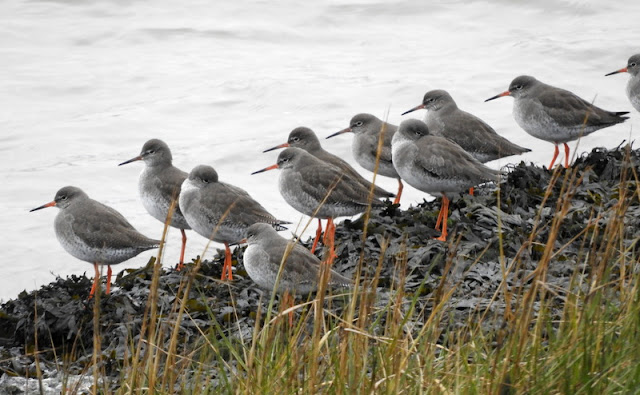 Ten of sixteen Redshank off Mudbank this morning.
Today's highlight came late on. A text from Dave Boult (thanks again Dave) was enough to encourage me out of Exmouth for the first time this year! Five Bearded Tits in reeds beside Topsham Lock were visible from the slipway in Topsham. It has been a good few years since I've seen this species, so it was a joy to watch three males and two females energetically bending the reeds as the afternoon light faded.
Nearby - Bowling Green was heaving with wildfowl but neither Dave, Kev nor I could pick out the LBD, though it was apparently present earlier in the day. Best birds were drake and female Pochard. Great to spend a bit of time with Dave and Kev though.
I had a 25 minute look off Maer Rocks from first light. Six Red-throated Divers flew in to the bay but apart from 2 Dark-bellied Brent Geese, a handful of Gannets and 6 Kittiwakes it was quiet.
Mudbank was considerably busier with 16 Redshank, 170 Dunlin, 7 Canada Geese, 1 Peregrine, 3 Pintail, 33 Wigeon, 380+ Brent Geese, 1 Red-breasted Merganser, 112 Shelduck, 1 Great Crested Grebe, 39 Mallard and 2 Mediterranean Gulls recorded. At least 8 Cattle Egret were scoped in the cattle herd between Starcross and Cockwood. 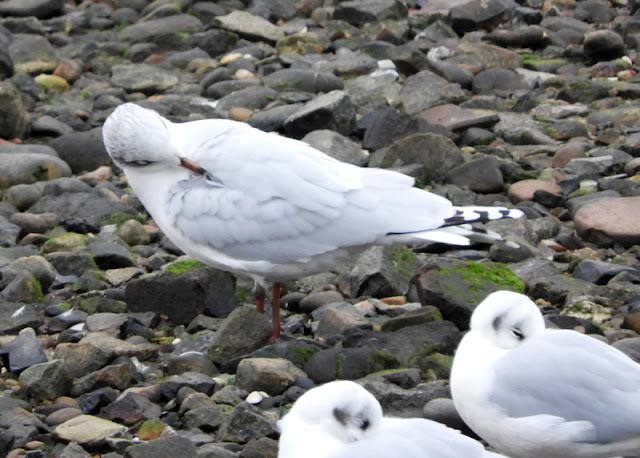 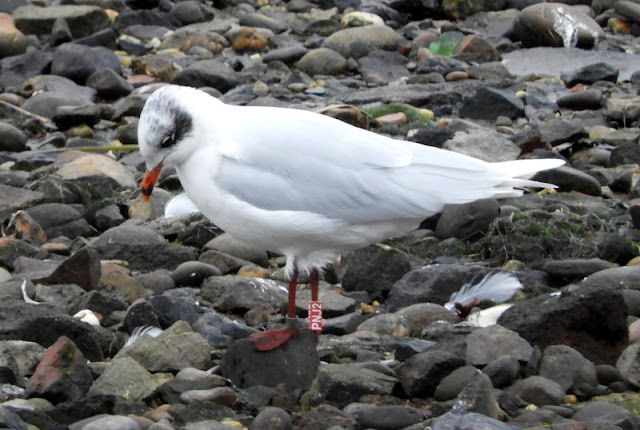 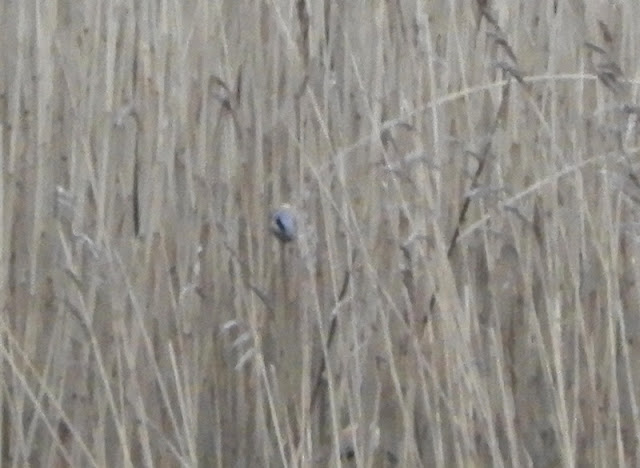 Yes I know it's an appalling shot but it's the first time a photo of a Bearded Tit has appeared on this blog so it's a bit of a novelty for me. It was photographed from across the river in fading light. Scope views were of course better! 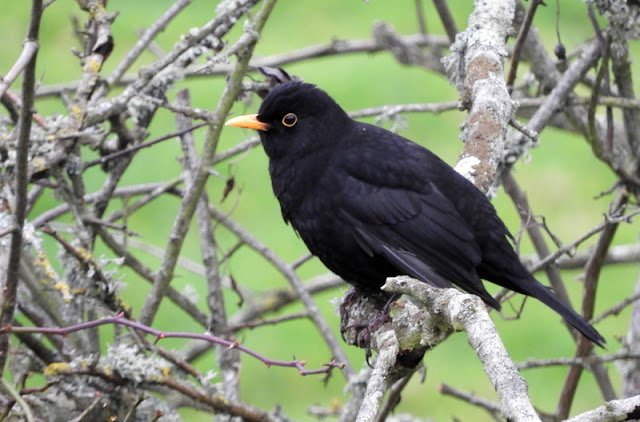 Blackbird - Littleham. Walked the dog along the cycle track with Maisie this afternoon. Very little about in dull and windy conditions.
Posted by matt knott at 09:32