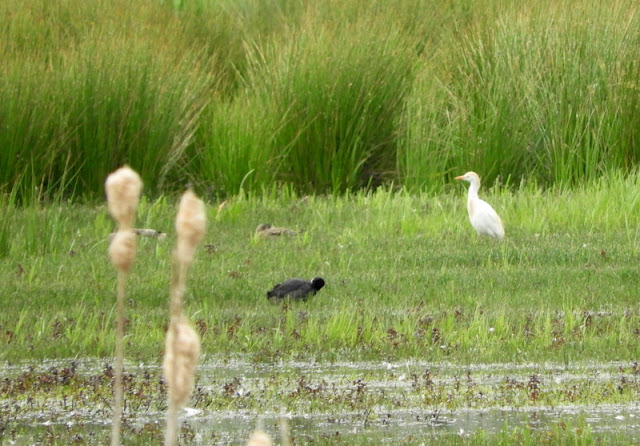 One of at least eight Cattle Egrets at Catcott Lows.
Derek and I popped up to the Somerset Levels this morning, in the hope of some dragonflies and some good birding. It was cool and overcast at first but it warmed up throughout the morning and the stuff we saw surpassed our expectations. The highlight was the famous large roosts of Four-spotted Chasers, but Variable Damselfly and Hairy Dragonfly ran a close second, and a pair of Black-winged Stilts at Catcott was an added bonus.
Catcott Lows - 2 Black-winged Stilt, 2 Marsh Harrier, 8+ Cattle Egret, c60+ Greylag Goose, 1 Barn Owl, 2 Shoveler, 35+ Mute Swan, 2 Little Egret, 8+ Gadwall, 8+ Lapwing, 4 Black-tailed Godwit, 1 Kestrel and 2 Great White Egret.
Ham Wall - 7+ Great White Egret, 6+ Garden Warbler, 1 Bittern (with several others booming), 1 Jay, 2 House Martin, c100+ Swift, 10+ Tufted Duck, 7+ Pochard, 7 Cetti's Warbler, 3+ Marsh Harrier, c30/40+ Gadwall, 1+ Shoveler, 1 Hobby, 3 Great Spotted Woodpecker and 1+ Cuckoo. 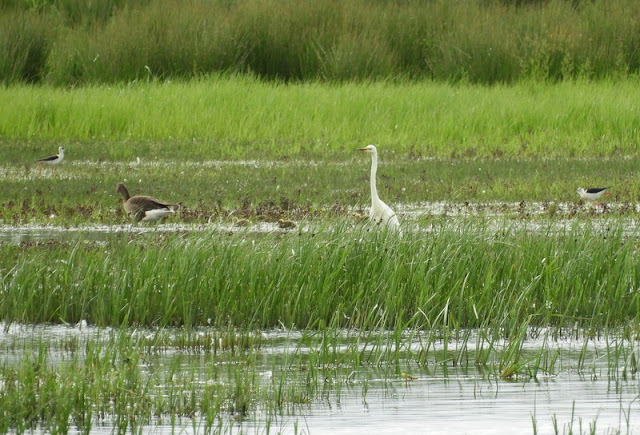 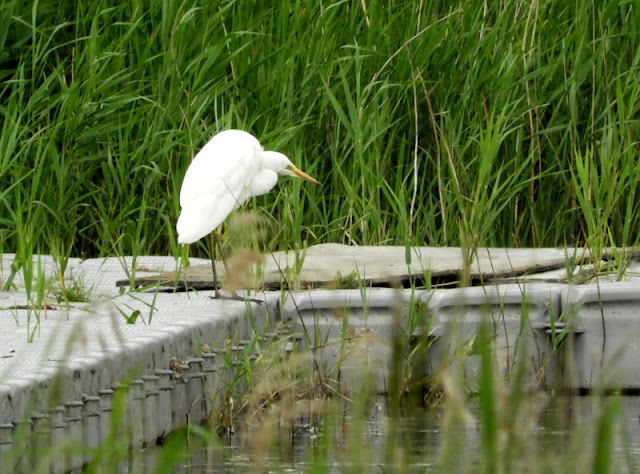 One of at least seven Great White Egrets seen at Ham Wall. 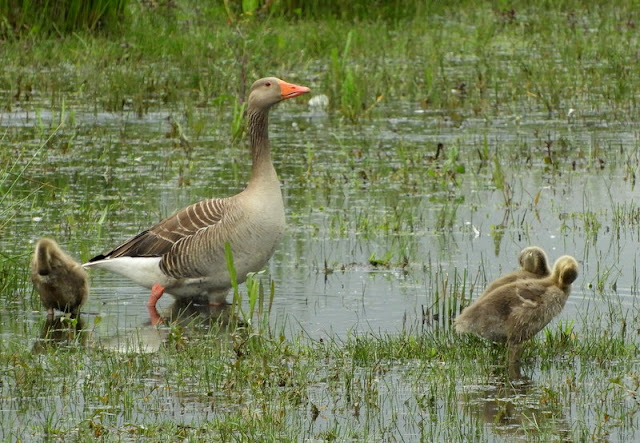 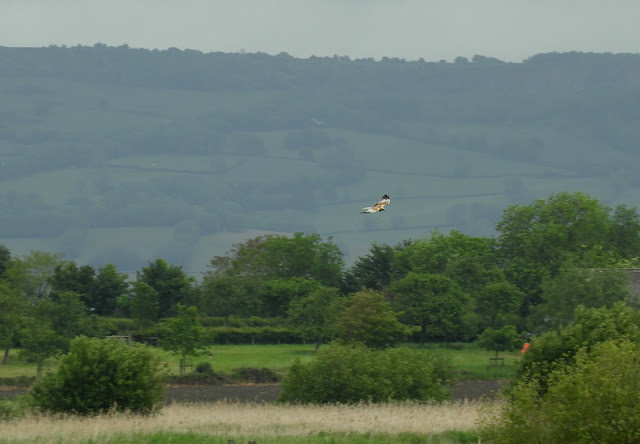 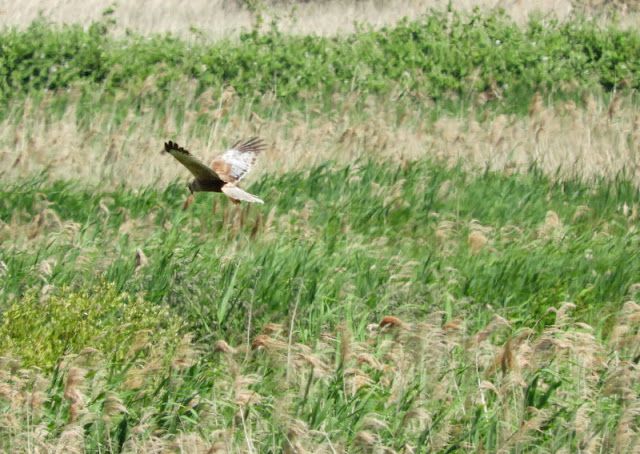 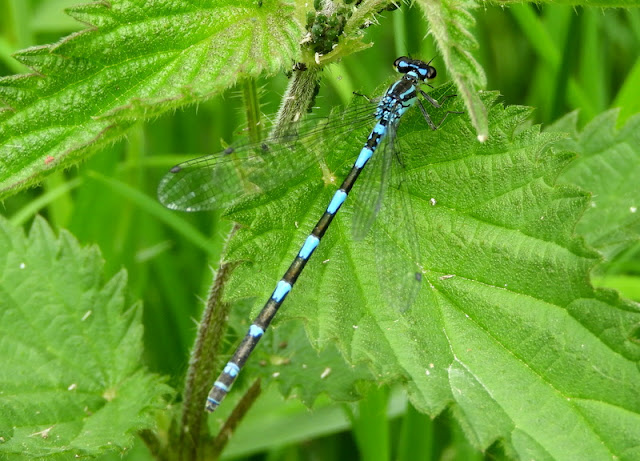 Variable Damselfly (female) - one of the targets for this morning's trip up to the Somerset Levels, and large numbers seen. The 'goblet' on S2 is what you need to see to confirm id, but they stand out as having more black on their abdomens than the Azures, and the goblet varies in size and shape. I probably sound as if I know what I'm talking about but I'm still on a very steep learning curve with the dragons and damsels! Edit - a big thank you to Dave Smallshire for help with the damsels. 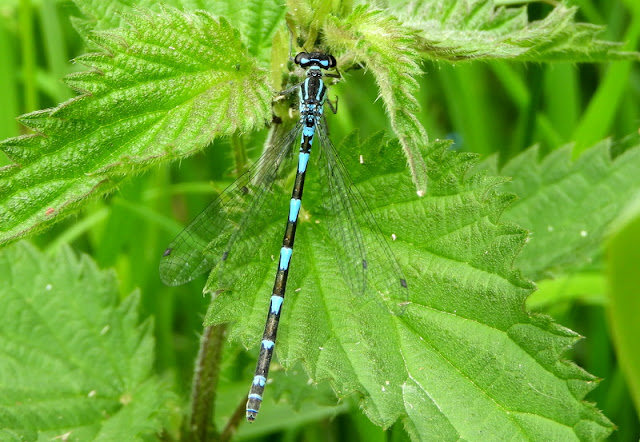 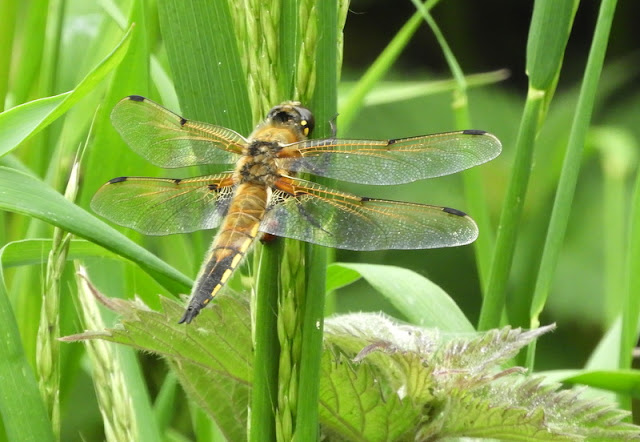 Huge numbers of Four-spotted Chasers filled the skies at Ham Wall this morning. 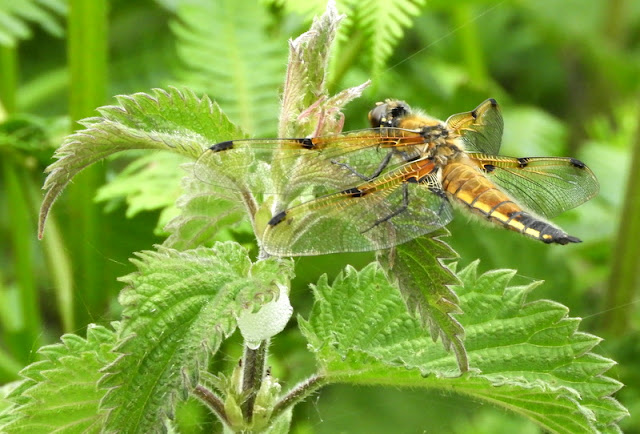 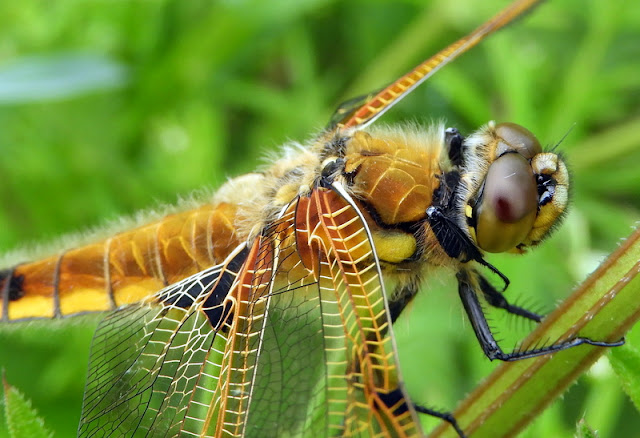 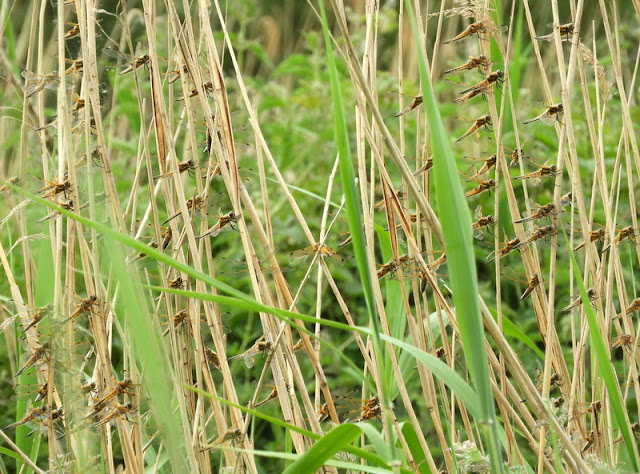 The huge roosts of Four-spotted Chasers were the absolute highlight of a wonderful morning - worth the trip up to Somerset alone. 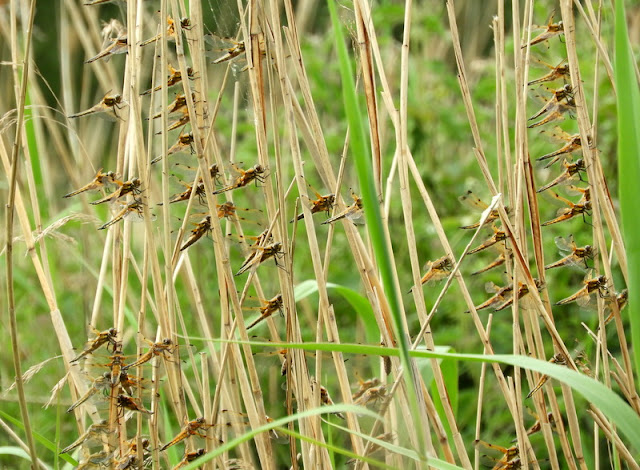 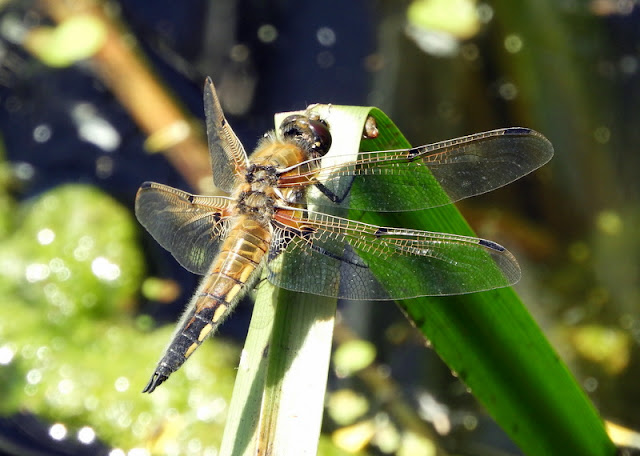 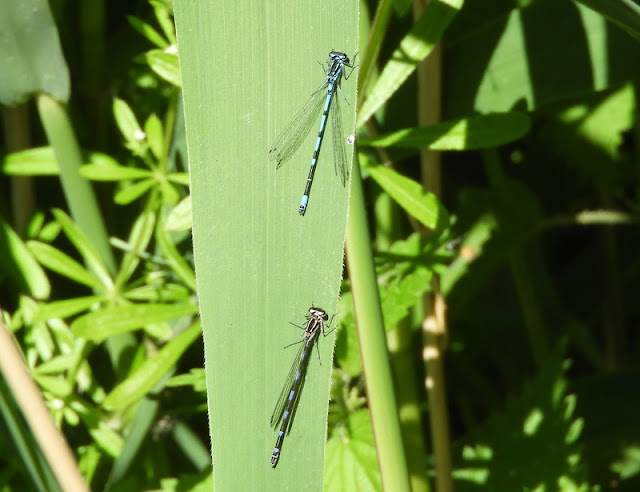 Azure (above) or quite possibly another Variable and female Variable Damselfly. We saw masses of damsels - Variable, Azures and Blue-tailed. Edit - thanks again to Dave for putting me straight. I did wonder about the top one. 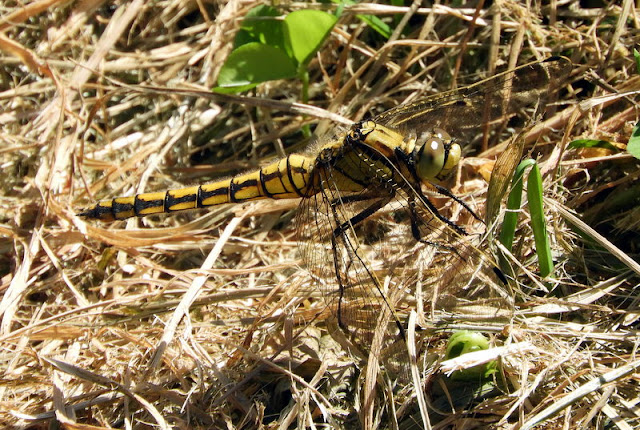 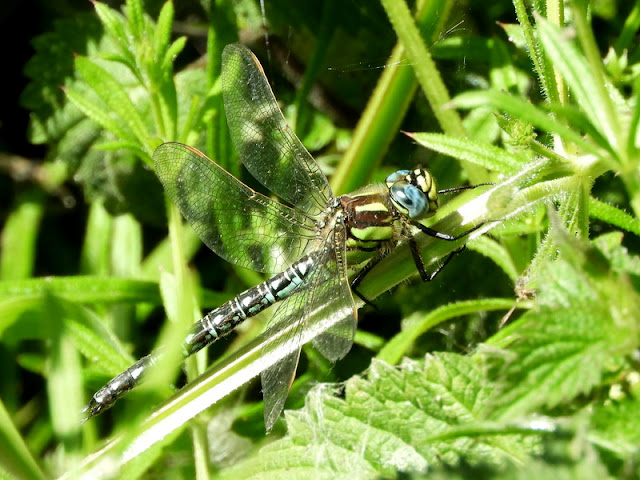 Hairy Dragonfly - Derek and I found several of these patrolling a wide ditch, thanks to a tip-off from another birder. It was a relief when one finally landed, allowing us to take its photo - a new species for me and a real beauty! A few Emperors were also on the wing.
Posted by matt knott at 07:17