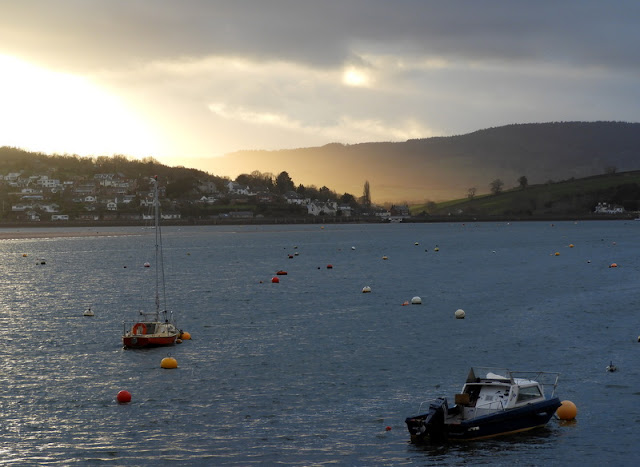 
Not much news today. Storm Freya rattled a few windows but doesn't appear to have blown anything in to Exmouth. At least not whilst I was out and about. Off the Leisure Centre/Imperial rec - 500+ Dark-bellied Brent Geese, 2 Pale-bellied Brent Geese, the three Eider and a Mediterranean Gull early this morning.
Yesterday - 2 Peregrines sat on Cockle Sands and on Friday my first migrant Stonechat of the year - a male on the dung heap with half a dozen Meadow Pipits.
Finally, on Wednesday, my first Blackcap of the year was in sub-song at the end of our road as I walked to work. 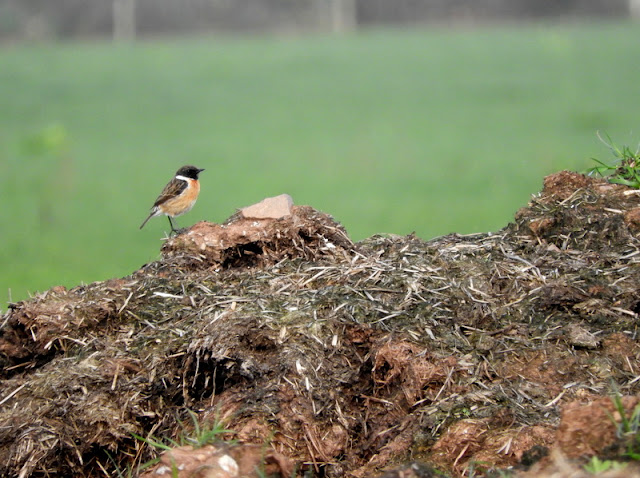 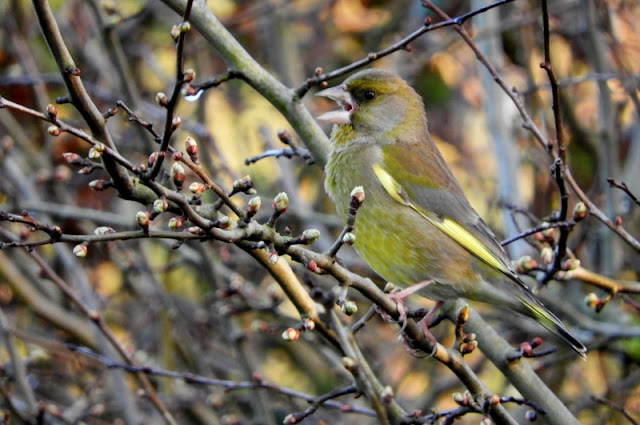 Greenfinch - one of at least two males singing on Orcombe Point yesterday morning. 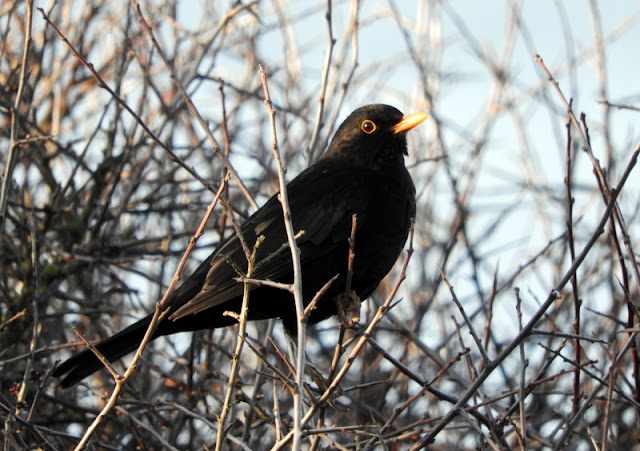 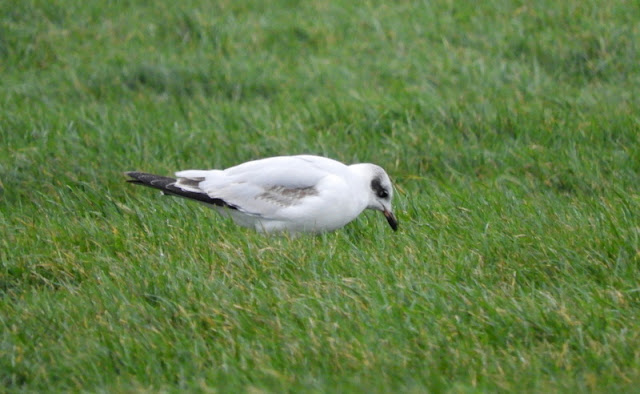 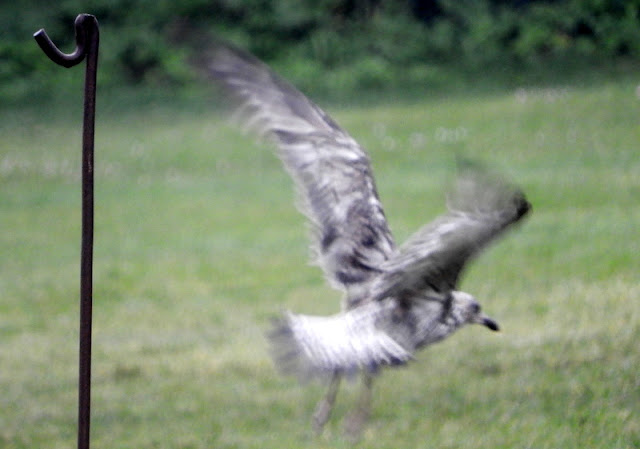 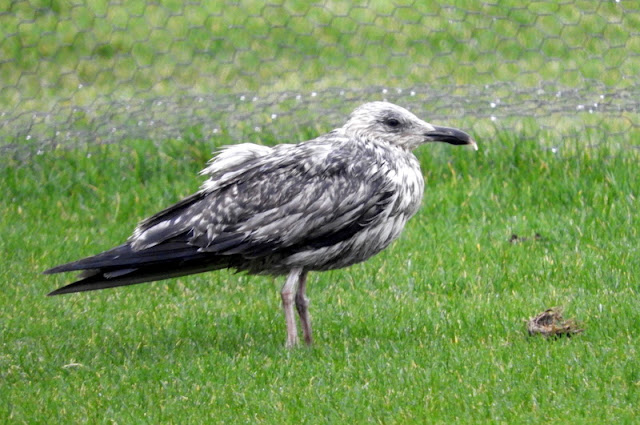 Gull sp - cricket pitch - I think this is a first-winter Lesser Black-backed Gull but it's in such a state that I'm not certain. Its small size, light build and long wings suggest Lesser Black-backed. Brief flight views weren't helpful as many of the flight feathers were knackered (but the tail looked ok for LBbG). Whatever it is, it has had a rough ride, and to top it all its upper mandible is a bit deformed.
Posted by matt knott at 10:51