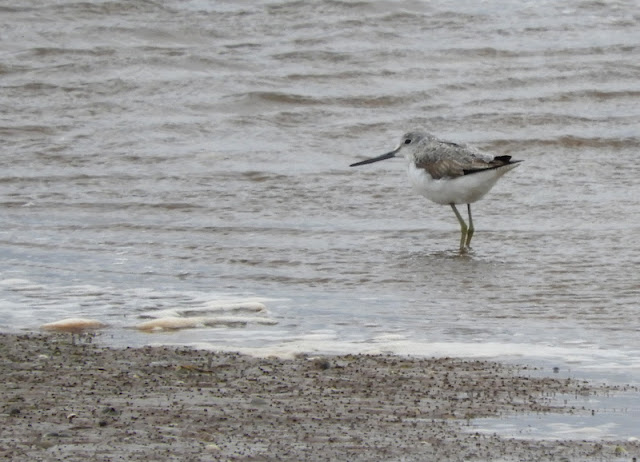 Greenshank - off Mudbank yesterday and struggling to stay upright in the wind!
Minimal movement on Orcombe Point this morning but a singing male Cirl Bunting was the highlight. I relocated it, still singing, on the Maer a bit later on. Otherwise 1 Chiffchaff, c15+ Meadow Pipit, 3 Pied Wagtail, 18+ Brent Goose and a Curlew.
Off Mudbank - 2 Pintail, 11 Wigeon, just 3 Brent Goose and my first 2 Sandwich Tern of the year. 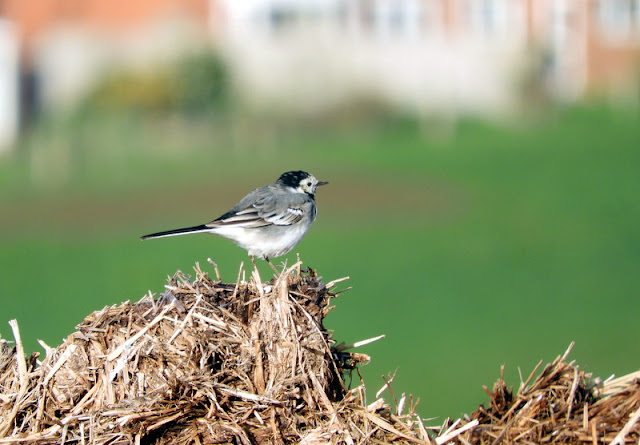 Struggling a bit with this one - too much black in the rump for White Wag though, I think. 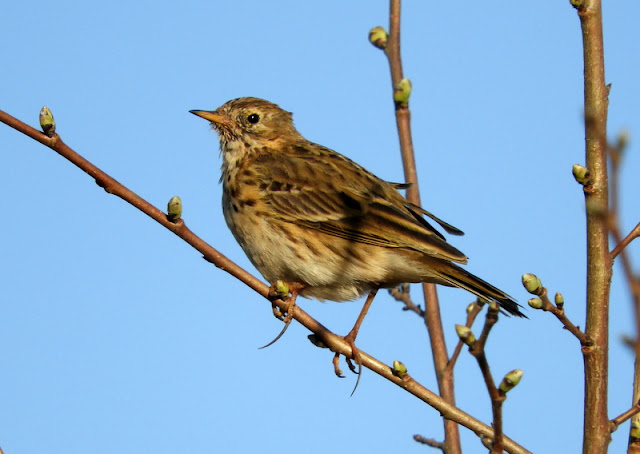 About half a dozen of this morning's Meadow Pipits were around the dung heap. The rest were heading west, into the wind. 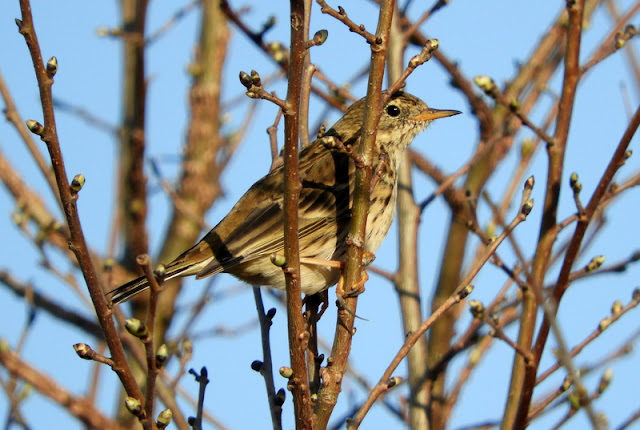 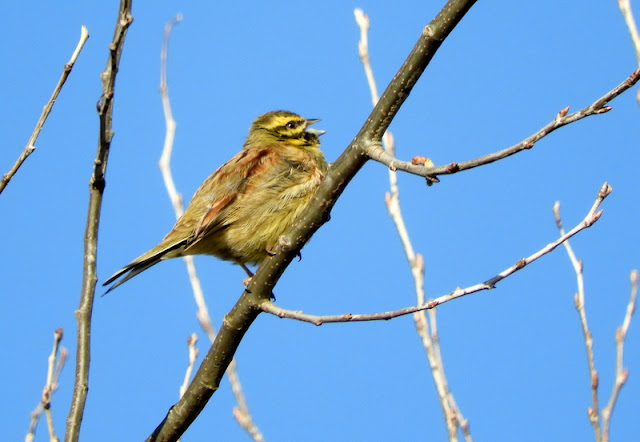 Singing male Cirl Bunting - the Maer, having earlier been singing on Orcombe Point. 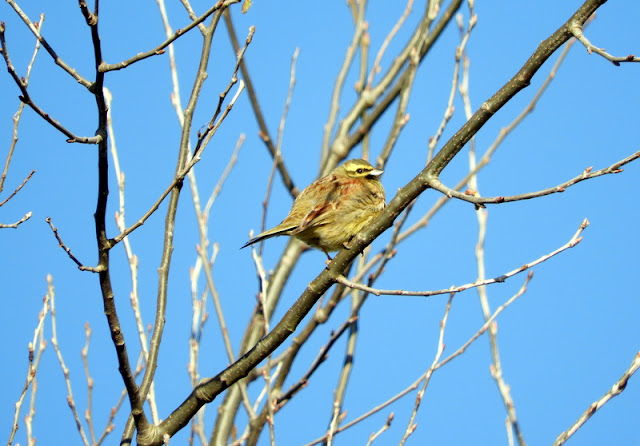 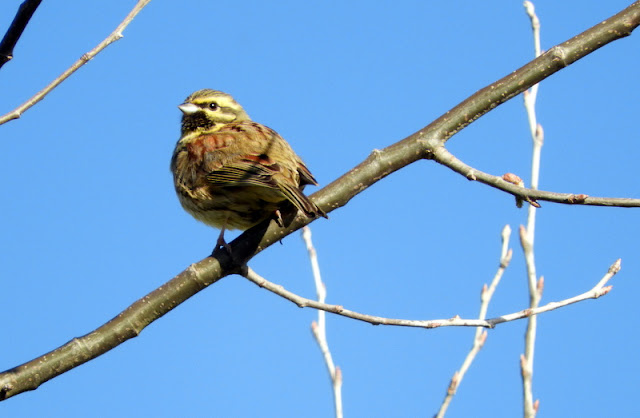 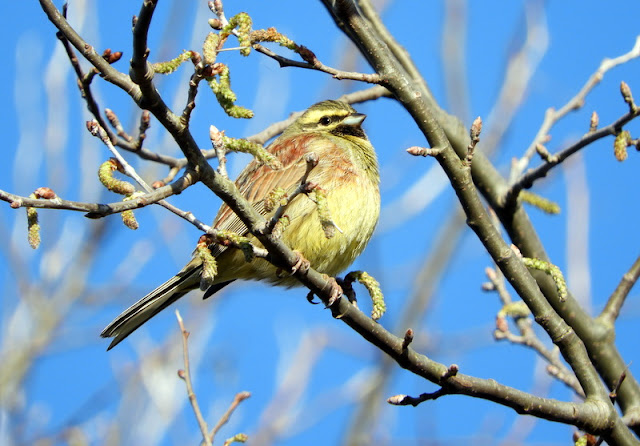 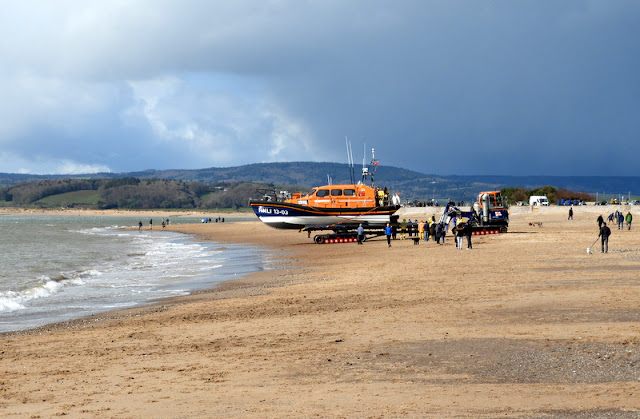 Exmouth Lifeboat on Exmouth Beach, whilst we were walking the dog this morning. 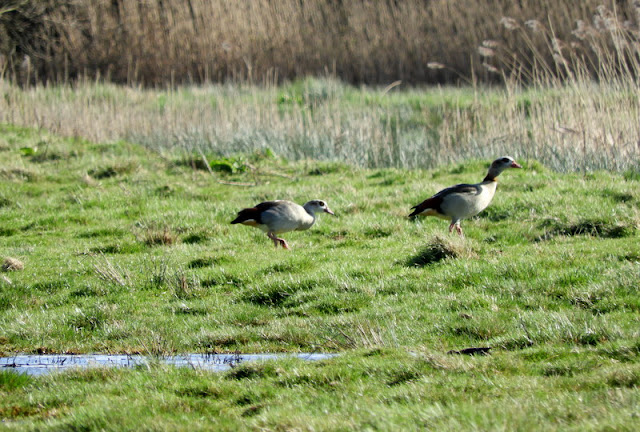 Two of three Egyptian Geese on Exminster Marshes this afternoon. A quick look for migrants was largely unsuccessful, though 15 distant hirundine sp were almost certainly Sand Martins. Otherwise c70/80+ Golden Plover and Peregrine were noted. Good to see James Diamond - the first time in a long while. 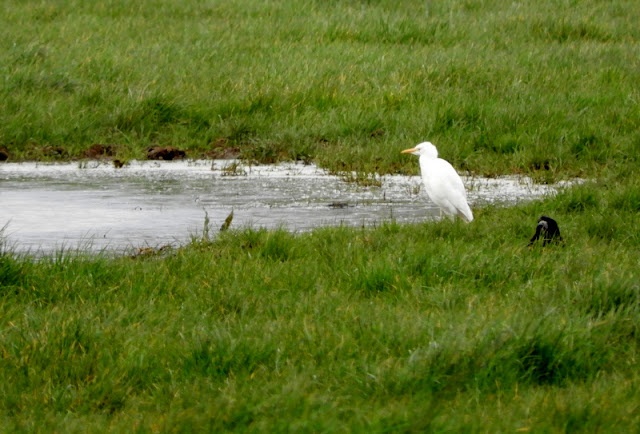 Cattle Egret behind the farm on Matford  roundabout. Don't know where the other one was but visibility was limited where I was standing. 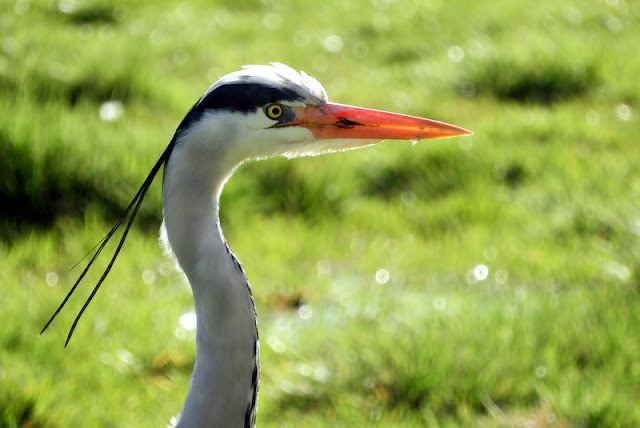