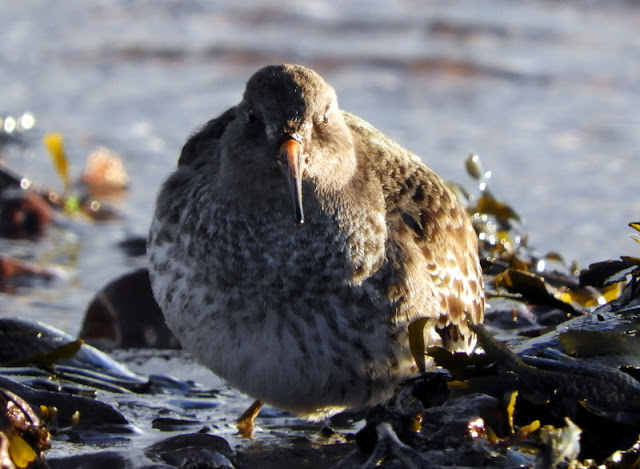 I think the poor Purple Sandpiper showing this winter has in part been due to the lack of rough weather. This afternoon, with waves crashing over and soaking the rocks, a least six birds were present but yesterday, in flat-calm conditions, there were none. Ten Red-throated Divers and 3+ Kittiwake went past early this morning but birding has generally been quite hard work, although two Ravens were raiding the bins beside the lifeboat station.
Two Mediterranean Gulls (adult and second-winter) were in with cattle on Orcombe Point this afternoon and the Linnet flock has grown considerably to c280+ birds.
Mudbank counts included 16 Wigeon, 7 Pintail, c200+ Brent Goose, 28+ Sanderling, 6 Goldeneye, 6 Grey Plover, 2 Knot and 15 Great Crested Grebe.
A Peregrine was hunting along the seafront late afternoon and yesterday, in much calmer conditions, the Velvet Scoter was off there. 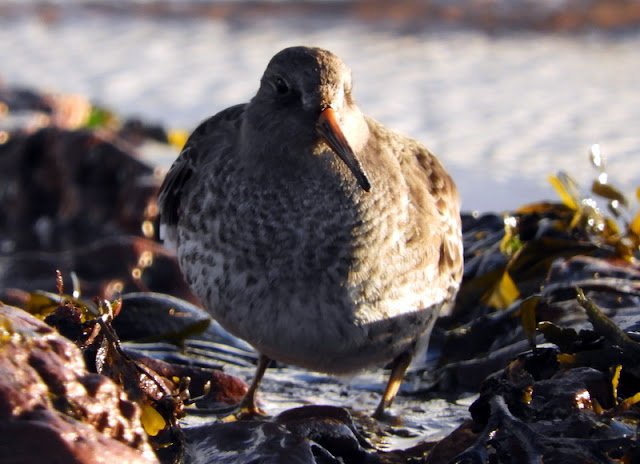 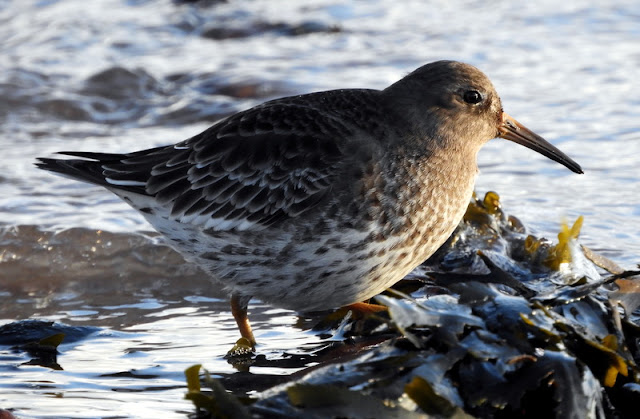 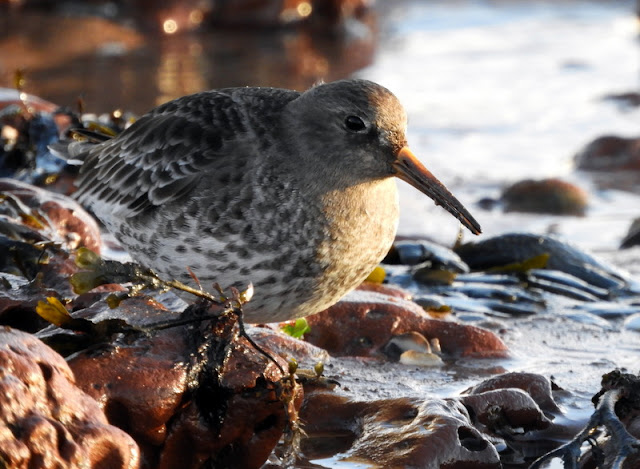 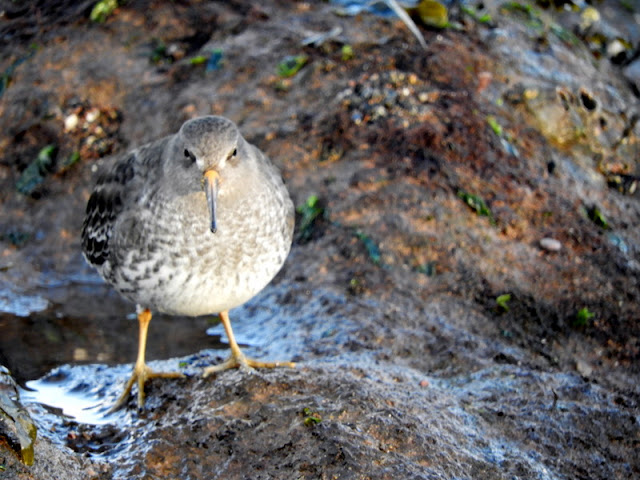 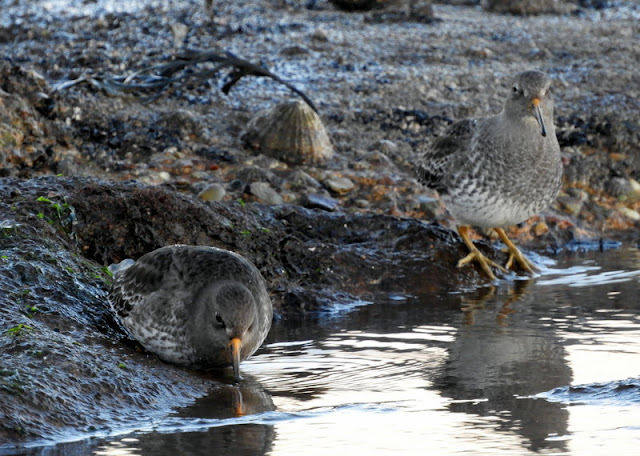 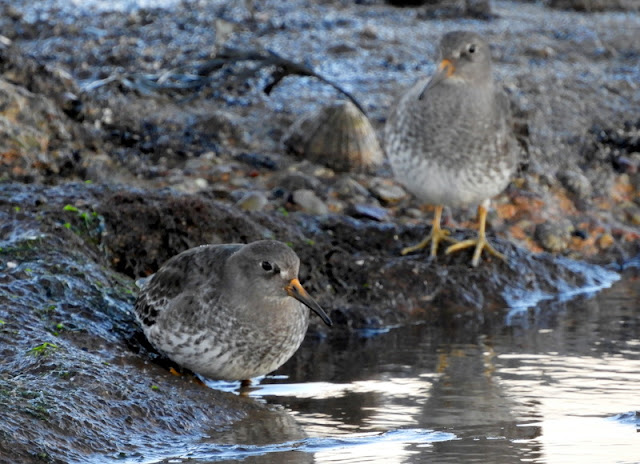 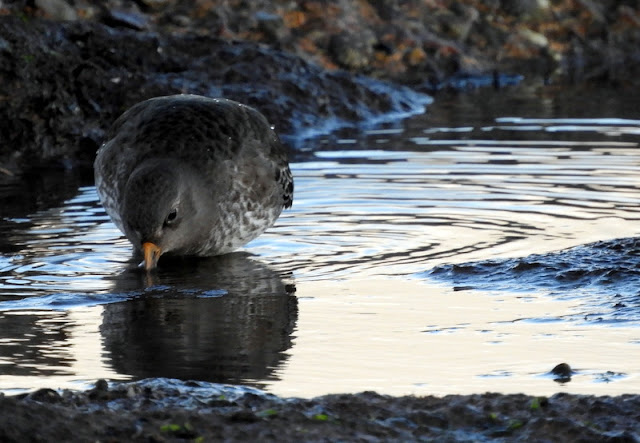 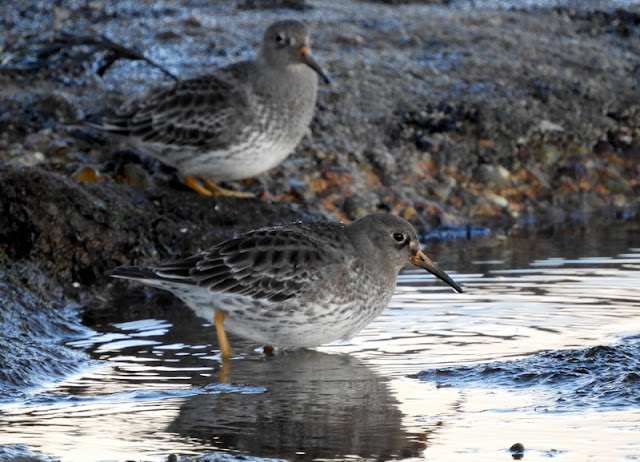 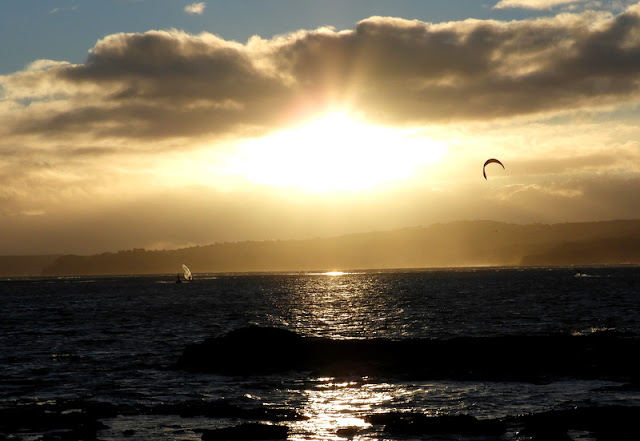 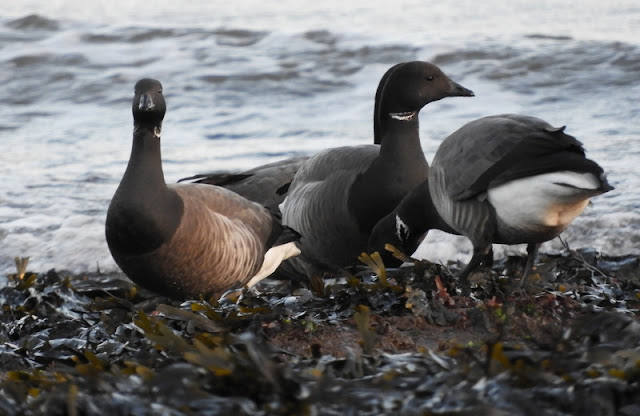