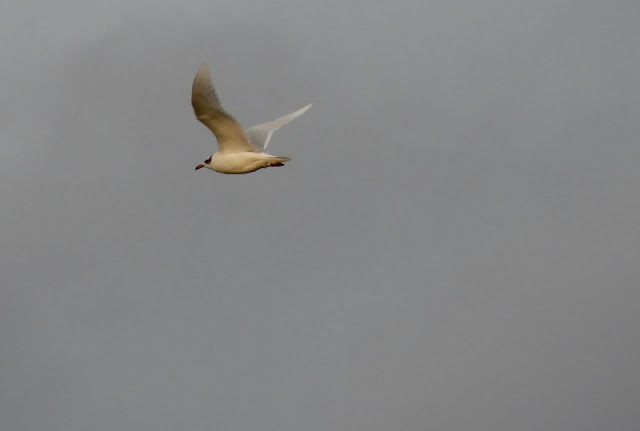 Plenty of birds in cattle fields on Orcombe Point this afternoon. A late visit, after work, revealed flocks of c100+ Linnet, 70+ Pied Wagtail, 5+ Meadow Pipit and c70/80+ Skylark. Additionally a couple adult Mediterranean Gulls were in with c100+ Black-headed Gulls. Off Shelly Beach - an immature drake Eider and a Peregrine.
Early morning off the seafront - the Velvet Scoter again visible distantly with c3+ Red-throated Divers past.
On Sunday, a check off Mudbank produced my highest Goldeneye count for some time with 7 birds present, including two drakes. Off the Leisure Centre I counted 300+ Dark-belied Brent Geese and on the cricket pitch were 27+ Pied Wagtails, 1 Grey Wagtail and 14 Meadow Pipits. A Kestrel there was my first in Exmouth this year. 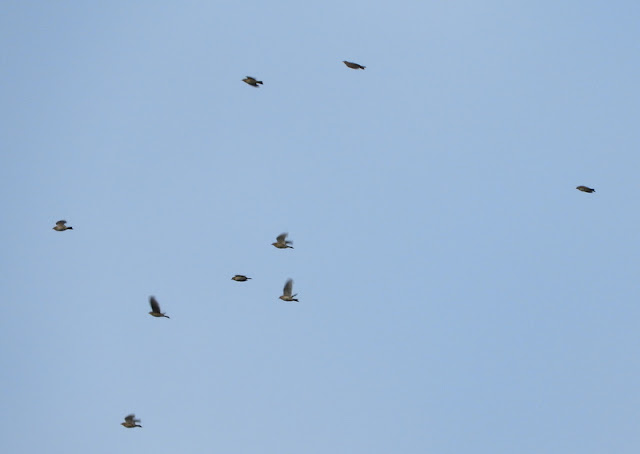 Skylarks - part of a wintering flock estimated to be at least 70 birds strong. 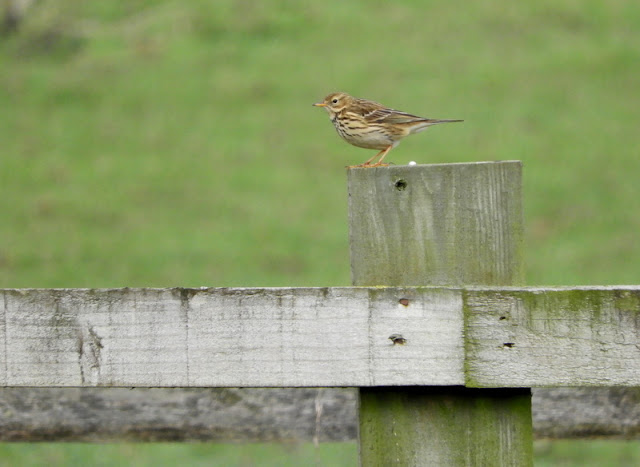 On Sunday, a quick visit to Hayes Barton pig farm produced counts of c200+ Chaffinch, 2 Brambling, 2+ Chiffchaff, 4+ Reed Bunting and 2+ Yellowhammer. Also a few Redwings and Meadow Pipits, but no sign of any Cirl Buntings and no sign of the Firecrest. 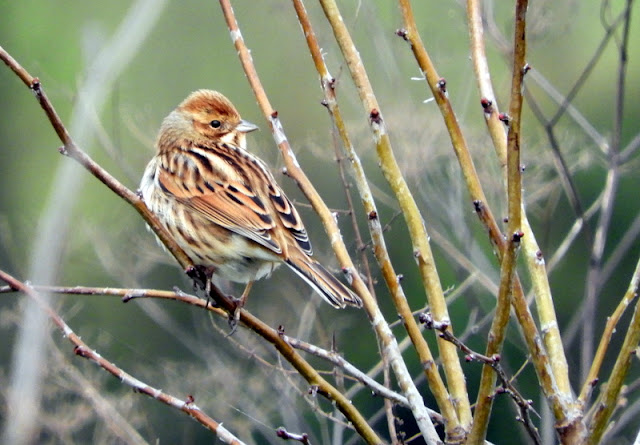 One of at least 4 Reed Buntings at Hayes Barton.
Posted by matt knott at 09:39