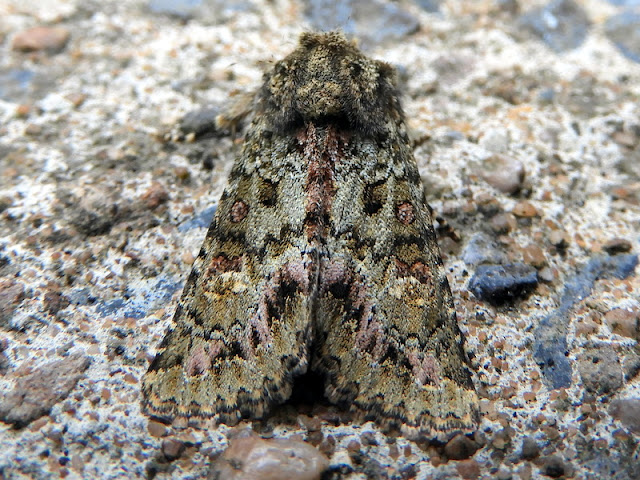 Feathered Ranunculus - a gorgeous moth - greens golds and purple.
I did Orcombe from first light (0700) until 0915. It was cool and overcast but there was a fair bit of movement overhead, with the headline act being Siskin - I counted 108 but this was a bare minimum, with several single calls going into the notebook as 1 bird when there were almost certainly more. Also recorded - 4+ Chaffinch, 164+ Meadow Pipit (with another c50+ grounded), 113+ 'alba' wagtail, 2 Grey Wagtail, 17+ Linnet (with another c20+ grounded), 17+ Goldfinch, 1 Golden Plover, 2 Snipe, 1 Little Egret, 8 Swallow, 2 Mediterranean Gull, 10+ Skylark, 2 Kestrel, 1 Great Spotted Woodpecker, 12+ Chiffchaff, 1 Stonechat, 2 Goldcrest and 5+ Blackcap.
Siskins were still going over as I was doing a spot of gardening later in the morning and several were heard whilst Joel and I walked the dog on Woodbury Common. Five Crossbills up there were the first I've had since the winter.
Only a quick look off Mudbank but 86 Dark-bellied Brent Goose, c3/400+ Wigeon, c12+ Sandwich Tern and 5 Black-tailed Godwit were noted. 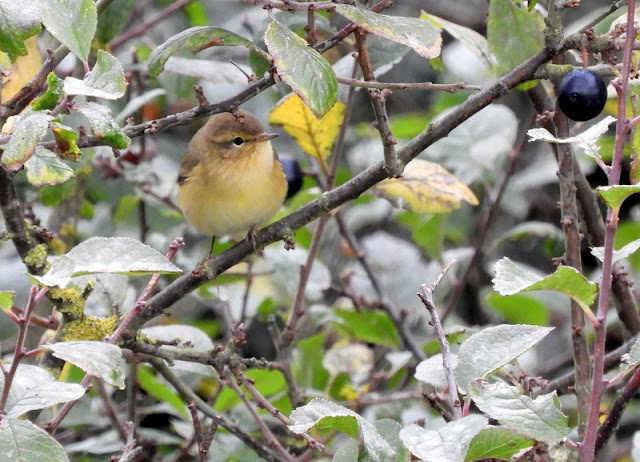 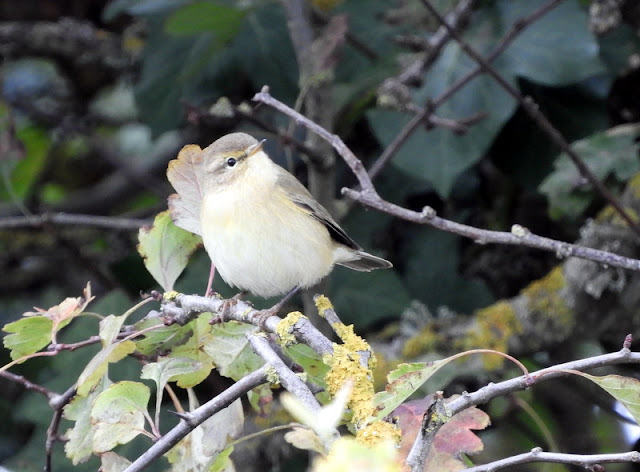 At least a dozen Chiffies on Orcombe this morning but I would imagine I missed a fair few.
Posted by matt knott at 08:23