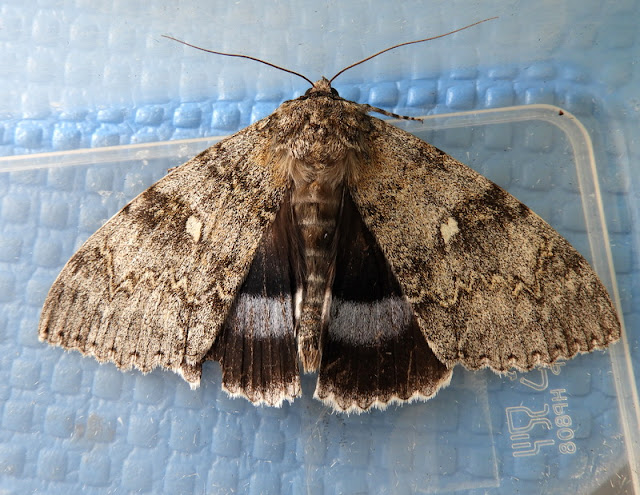 Clifden Nonpareil - a moth 'MEGA' trapped by Nick last night in Budleigh Salterton. Many thanks Nick! It's thought that this species is now established in Devon so this is unlikely to be an immigrant, although that possibility can't be ruled out. It'll be interesting to see if Nick traps more of these. I suspect he will. This is my second following one last October trapped by John Gale in Underdown.
A disappointing day for the birds, rescued by Nick's fabulous capture. I managed just under an hour on Orcombe before a football match in North Molton this morning. Counts included a flock of 21 Greenfinch, 3 Grey Wagtail, 1+ Siskin, 1 Wheatear, 4+ Chiffchaff, 10 Skylark, c10+ Swallow and 1 Sand Martin.
Off Mudbank - a relief to see c500+ Wigeon, 90 Dark-bellied Brent Goose, 1 Teal and 3 Pintail - much more like it on the wildfowl front! Also 7 Redshank and 7 Black-tailed Godwit. 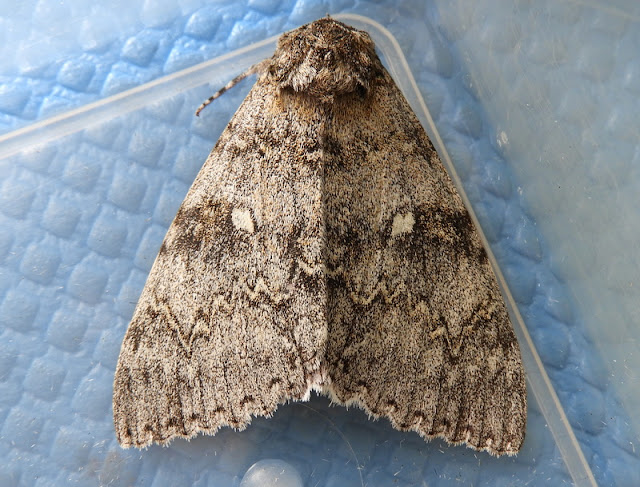 Clifden Nonpareil is a stunning moth even before it flashes its underwings. 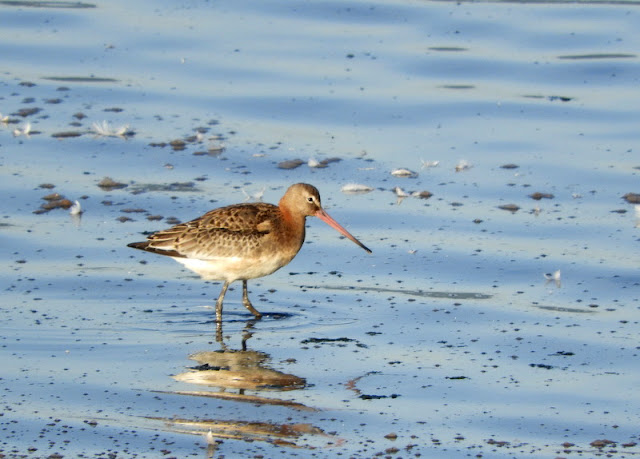 Black-tailed Godwit - Mudbank - one of 7 off there today. 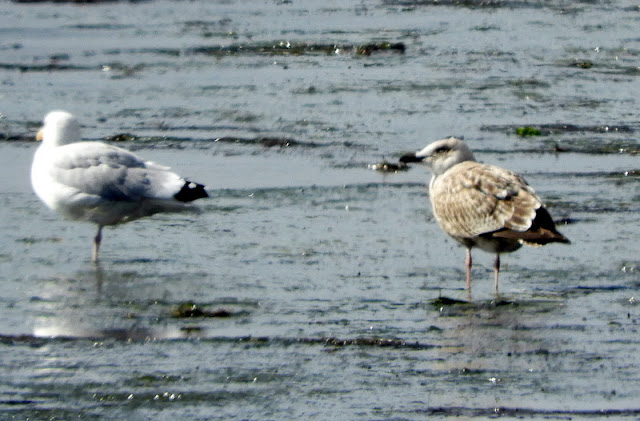 A very likely Juv/fw Yellow-legged Gull - Mudbank - unfortunately I was always looking right in to the sun when it flew, and I didn't quite see enough to be happy with it. 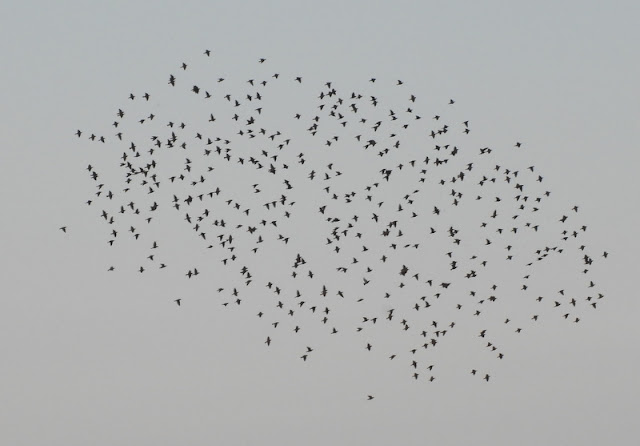 Starlings - part of a 'mini-murmuration' at Bowling Green last night. I spent the last hour of daylight there last night, after dropping Maisie off at work. Also seen - the Glossy Ibis, which flew over the lane at 1805, and 22 Avocet off the viewing platform. A 'wheeling' raptor that put all the ducks up at the south end of the estuary looked good for a Harrier species, and was presumably the Marsh Harrier that flew south over the Warren last night. 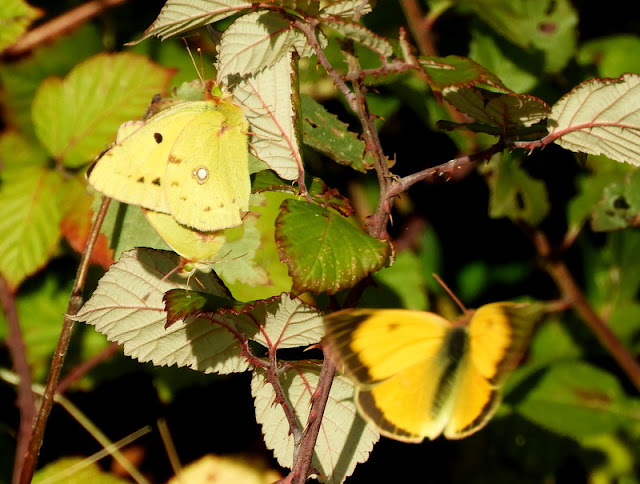 A male Clouded Yellow buzzes around a copulating pair. Three of five present in a small corner of the Bristol Schools camp yesterday afternoon. Four were seen today. 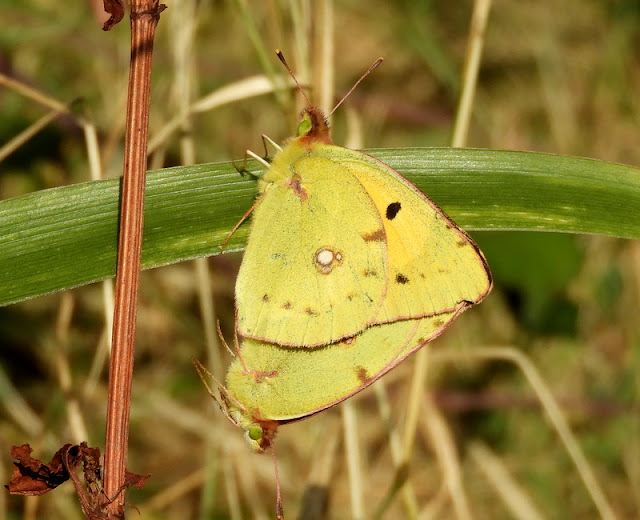