Sibe Chiff and This Week 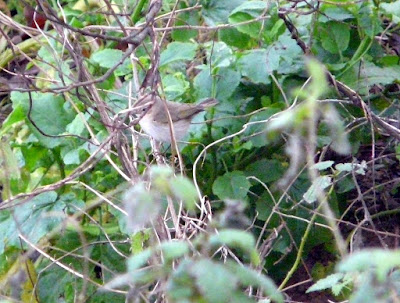 Siberian Chiffchaff
This morning I finally got a photographic record of the Siberian Chiffchaff that has been present in scrub at the back of our house, since December 29th at least. It's a devil to see, often appearing just fleetingly and tending to stay low. It calls only rarely - a barely audible, soft 'fee'. Classic 'tristis'. I've only once seen it with the regular wintering 'colybitta'. The Slavonian Grebe was scoped from Shelly Beach as it fed, way off in Cockwood Corner, and in the first half hour of light 9 Red-throated Divers flew south past Orcombe, along with a possible distant Little Auk south @ 0810. At least one Great Northern Diver was just offshore. A brief late afternoon visit to Shelly Beach produced the adult Bonaparte's Gull, 1 Rock Pipit and 2 Great Crested Grebes, with 24 Dark-bellied Brent Geese nearby on the Imperial playing fields.
Yesterday I managed a couple trips out but the weather was abysmal. I had an adult Little Gull off the seafront mid-afternoon, along with at least 4 Great Northern Divers. A tight flock of 17 Kittiwakes was sat just off Warren Point. There were at least 6 Purple Sandpipers on Maer Rocks with 3 Red-throated Divers, 1 Fulmar, c30+ Common Scoter and 3 Shelduck past.
Off Mudbank there were 4 Shoveler and the usual adult Mediterranean Gull was on Warren View playing fields.
The week just gone was a busy one but I managed a few pre-dusk checks of the river after work. On Tuesday there were still 2 adult Little Gulls on the river, off Shelly Beach, but a flock of c200+ Black-tailed Godwits off the Imperial was far more unexpected. Seventeen Wigeon and a first-winter Mediterranean Gull were the only 'notables' on Wednesday and on Friday a Guillemot off Shelly Beach was the highlight. 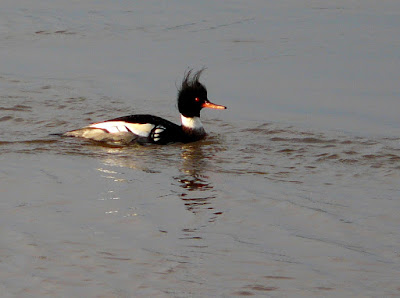 Red-breasted Mergansers were showing brilliantly off Shelly Beach this morning. For once the light was good! 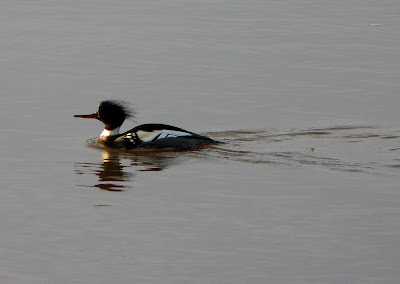 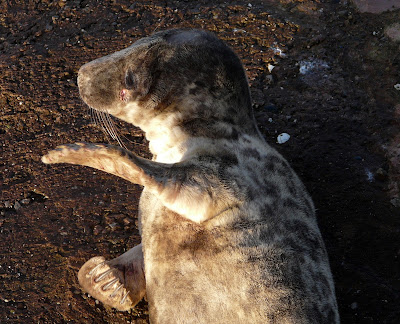 This Seal pup looked in bad shape. It was lying on concrete below the path around Shelly Beach. It is presumably a storm casualty. Nick contacted the RSPCA who were already on their way. Note the cut below the eye and the apparent damage to the crown. 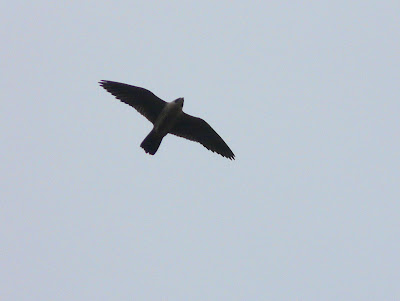 Peregrine - one of the local birds. 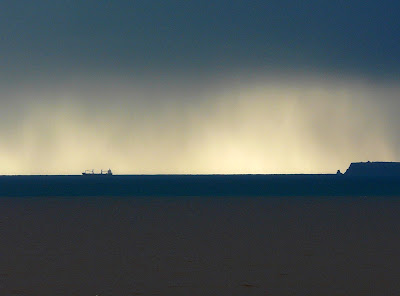 Berry Head with rain approaching from the south. 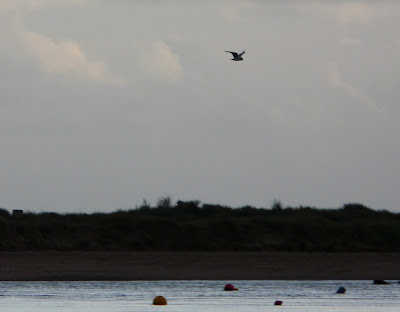 Bonaparte's Gull off Shelly Beach late afternoon. Again this bird was on its own. 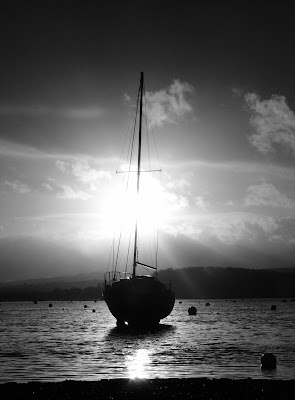