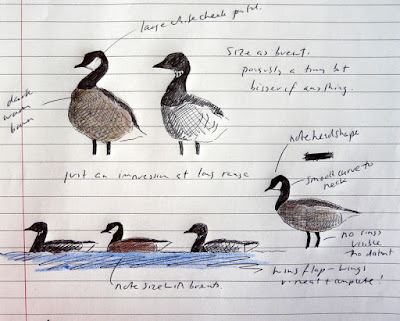 Field sketches - note head shape with steep forehead and angled rear crown? Possibly hutchinsii or is it too dark-breasted? 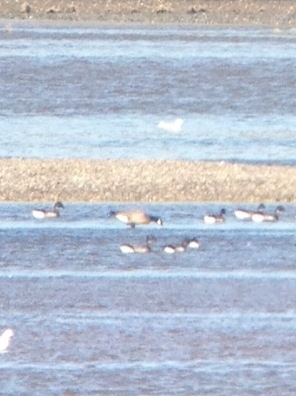 Cackling Goose - photographed by Mark Bailey off Starcross this afternoon. This shot gives an idea of the bird's size and structure. In the field it appeared to be the same size as the Brents or perhaps a little longer in the body and neck. Difficult to assess at distance though. Thanks Mark.
I got home around 0930 after covering Orcombe Point with Nick. The family were all still getting up so I had a shower, did a few jobs around the house and took a cuppa and the scope out in to the garden to enjoy the glorious sunshine. Siskins and Meadow Pipits were passing over in small numbers and I was pleased to get a fly-over Yellow Wagtail. I could see a flock of c140+ Brent Geese way out on the river so I decided to scan through them to see if the family party of 5 Pale-bellieds was still with them. I succeeded in picking up a single juv/fw bird and then a 'small' Canada Goose! It was immediately obvious as a small race bird, being the same size, or possibly a fraction larger than the accompanying Brents. It looked pretty dark and worthy of further scrutiny but Lu was by now out with the car so I had to sit tight. When Lu got back I dropped Maise at her friend's house and nipped down to Mudbank to try and get a better view. By now the flock was way off in the middle of the river and I couldn't really improve on my earlier views, though I could confirm its small stature and relatively dark brown breast and flanks. It's quite tricky to pick out amongst the Dark-bellied Brents.
Paul Gosling was able to get down for it this morning and Mark and Bob picked it up this afternoon, from Starcross. I had slightly better views late this afternoon from the Imperial. It appears to be fully-winged and un-ringed but I must stress the views have so far been very distant.
I have to be honest - I was aware that there are several races of Canada Goose, ranging from very large to the very small 'Cackling' Canadas, but I've never got my head round the ID features of all the different forms. They're not really an issue for Devon birders! Having done a little bit of reading it seems that this bird is indeed one of the Cackling Goose complex but beyond that I wouldn't like to comment. Hopefully it will hang around to be better studied.
On Orcombe this morning Nick and I recorded 14+ Chiffchaff, 5+ Goldcrest, 1 Ringed Plover, 4+ Coal Tit, 1 Great Spotted Woodpecker, 4 Blackcap, 1 Redpoll, 2 Canada Goose, 1 Grey Wagtail and small numbers of overhead Chaffinch, 'Alba' Wagtail, Siskin, Linnet, Goldfinch, Greenfinch and Meadow Pipit. We also had a high-flying Sparrowhawk and there appeared to be a good passage of House Martin and Swallow heading high East. I reckon there were probably many more higher up and out of sight.
I recorded a similar selection of birds early yesterday morning on Orcombe, along with the autumn's first Reed Bunting, 2 Little Egret, 1 Wheatear and a Stonechat. 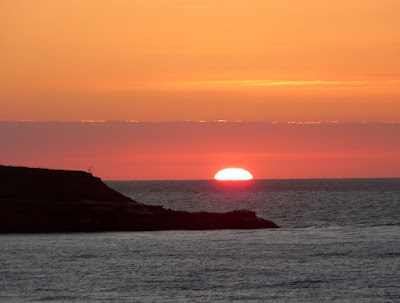 Sunrise off Straight Point this morning. 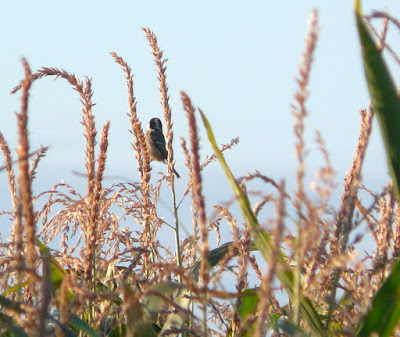 Coal Tit - one of at least 4 this morning. This one headed quickly through a 'Top' maize field with another bird. 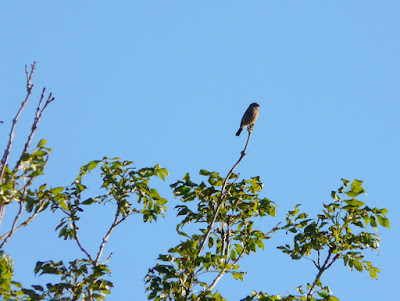 Juvenile Bullfinch - looks like the resident pair has had some success this year. 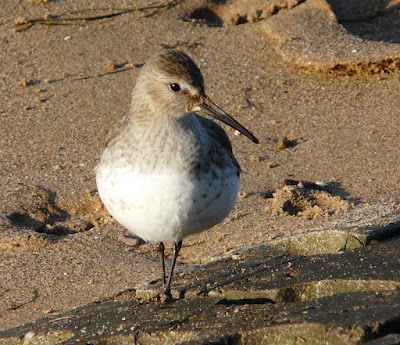 Dunlin - an exceptionally confiding first-winter bird off the Imperial late this afternoon. 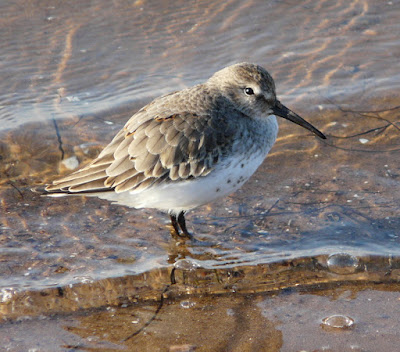 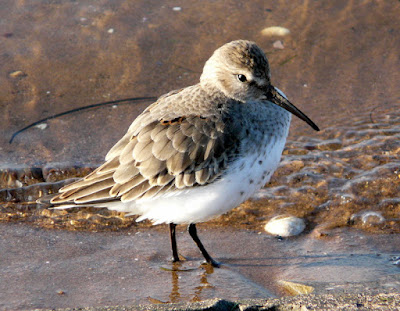 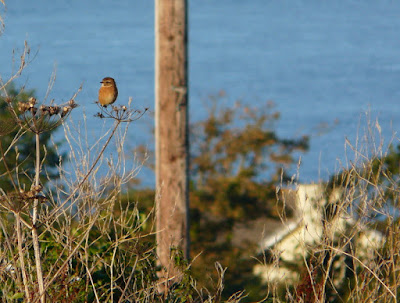 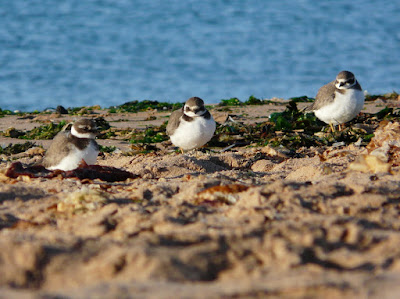 There were still small numbers of Ringed Plover, Dunlin and Sanderling on the beach yesterday morning. Today the beach was heaving with people.