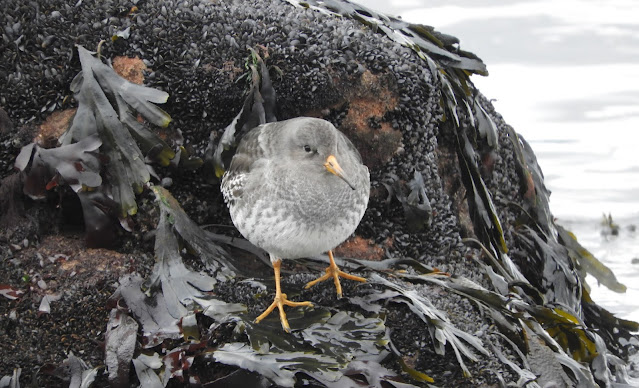 It felt almost eerily quiet in Exmouth today, with overcast, flat calm conditions and mild temperatures. I recorded 7 Purple Sandpipers on Maer Rocks along with at least 11 Turnstones and 17 Dark-bellied Brent Geese. A lone Lapwing was the highlight on nearby Orcombe Point and at least 1 male Black Redstart was again in the Shelly Beach area, favouring gardens backing on to the 'Gut'.
Not much off Mudbank but 100+ Black-tailed Godwits, 6 Red-breasted Mergansers and 24 Teal were of note.
A morning 'yomp' on Colaton Raleigh Common produced 5 Crossbills, 1 Woodlark (west at 10am), 4 Fieldfares, 4+ Redwings, 3 Goldcrests, 7+ Dartford Warblers, 1 Grey Wagtail, 20+ Reed Buntings and an impressive flock of c70+ Lesser Redpolls. Disappointingly, no raptors. 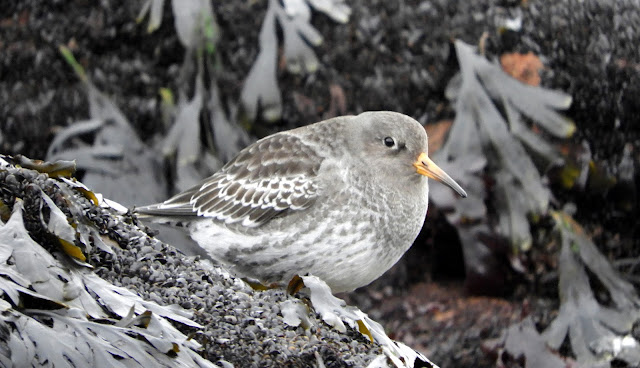 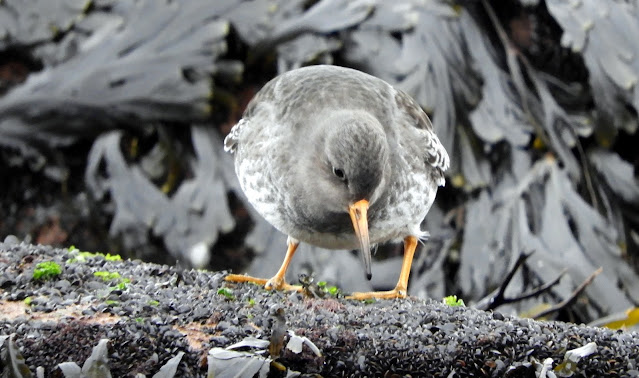 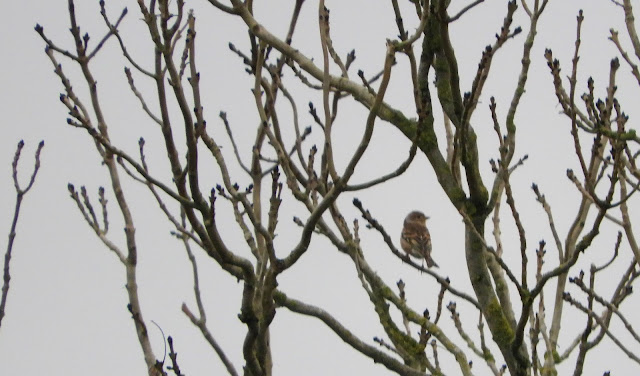 A finch flock, noticed from the car as I drove down from Woodbury Park towards Woodbury, contained c50 Linnets, c20 Chaffinches and this female Brambling. The birds were dropping down to feed in a game cover crop. 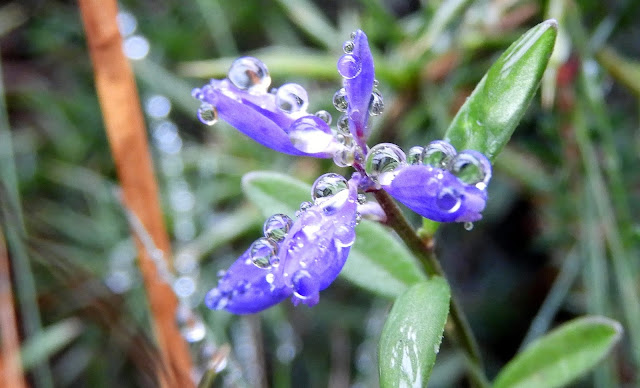 Milkwort is still in flower on the pebbled heaths. 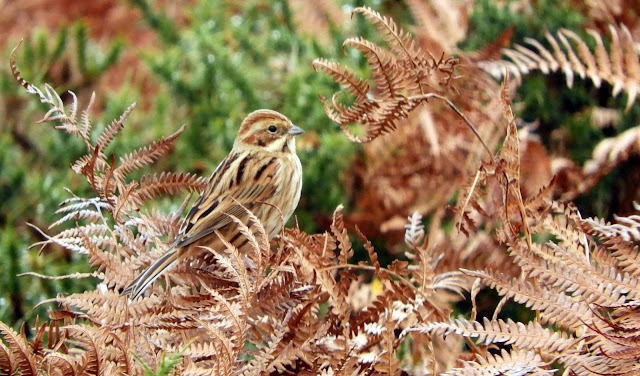 Reed Bunting - one of at least twenty on Colaton Raleigh Common this morning.

An estimated 70+ Lesser Redpolls is by far the biggest flock I've seen in a while. I reckon there are around 65 in this photo. The flock was mobile, ranging from open heath just below the grenade range to the wood edge, where they were feeding in the Birch trees. 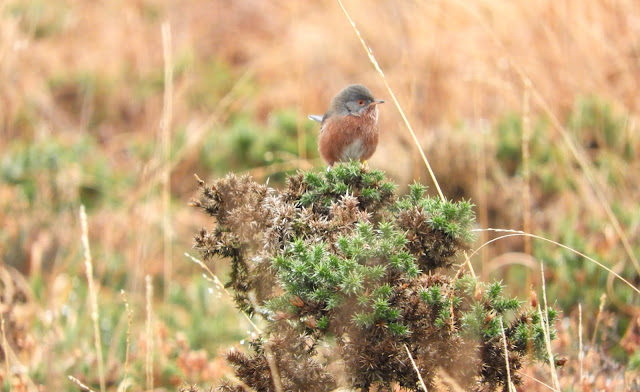 Dartford Warbler - one of at least 7 on Colaton Raleigh Common.
Posted by matt knott at 08:57