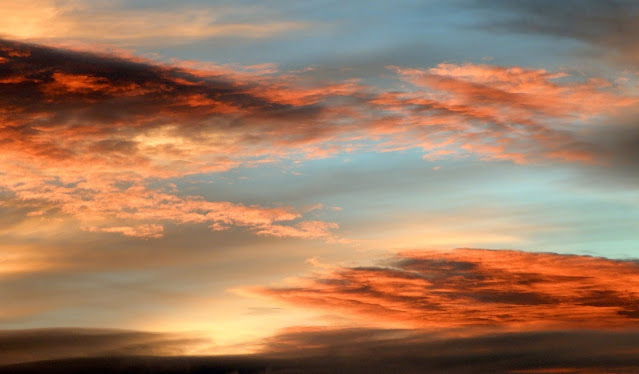 With both kids working all day and Lu at her sister's, I managed to check a few Exmouth sites. Orcombe was quiet first thing but my second Cirl Bunting of the year flew west and up to 8 Song Thrushes, 1 Redwing, 1 Chiffchaff and small numbers of finches were noted.
Nearby a short look off Maer Rocks produced 3 Purple Sandpipers, 10 Turnstones, 16 Dark-bellied Brent Geese and 2 Common Scoters. A Chiffchaff was in the Maer long-stay carpark and 5 Ring-necked Parakeets were making a racket, getting in trees on the Maer itself (another two flew out of the water treatment works along Maer Lane, spooked by a Buzzard).
Selected Mudbank counts included c350/400 Black-tailed Godwits, 9+ Bar-tailed Godwits, 29 Redshank, 3 Greenshank, 105+ Turnstones, 138 Shelducks, 6 Grey Plovers, c50 Dunlin, 230+ Pintail, 270+ Teal, 3 Pale-bellied Brent Geese, 20+ Great Crested Grebes, 6 Red-breasted Mergansers, 1 Kingfisher, and the first-winter Yellow-legged Gull. At least 1 Brambling and 2 Redpolls passed overhead.
In Duckpond - 13 Bar-tailed Godwits and 33 Common Gulls.
A brief spell in the Shelly Beach area revealed some Woodpigeon movement with c300 heading west. At least 2 Stock Doves were in with them and 9 Ravens headed in the same direction. A male Black Redstart showed well. The first-winter Yellow-legged Gull was as reliable as ever around the coastal recycling depot and a Firecrest was along Madeira Walk, behind the cricket club. Otherwise just a Jay the only other bird of note there.

One of the six Grey Plovers off Mudbank today was sporting colour rings. Bet Lee knows where this one is from... 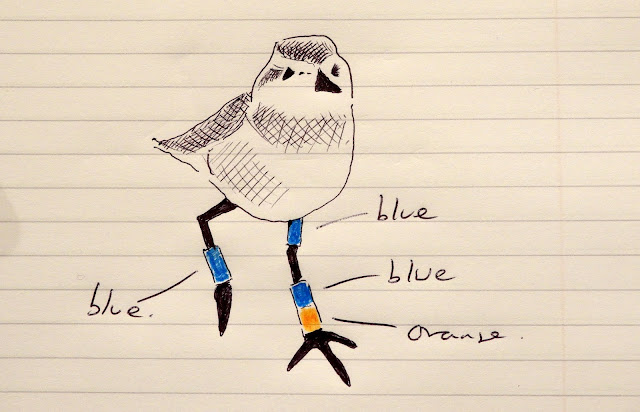 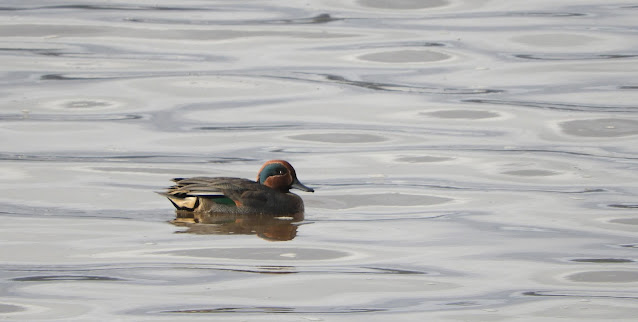 This was by far the closest of 270+ Teal off Mudbank today. Teal are pretty infrequent off Mudbank but when they do turn up it can often be in numbers - the assumption being that they've been  disturbed en masse from the opposite side of the river. They always stay further out than the Wigeon and often gravitate to the edges of Cockle Sands. 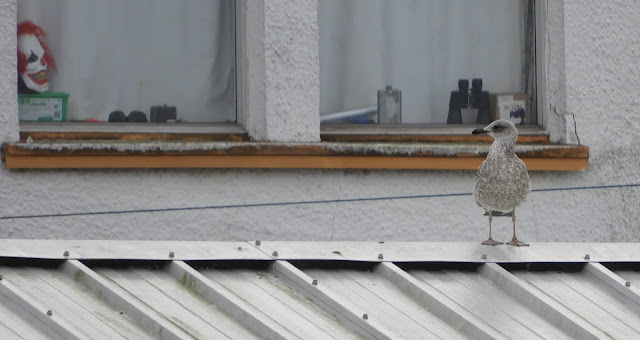 It doesn't seem too bothered by the scary clown mask! 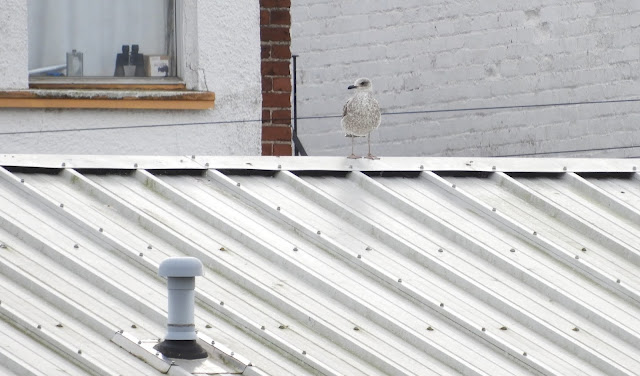 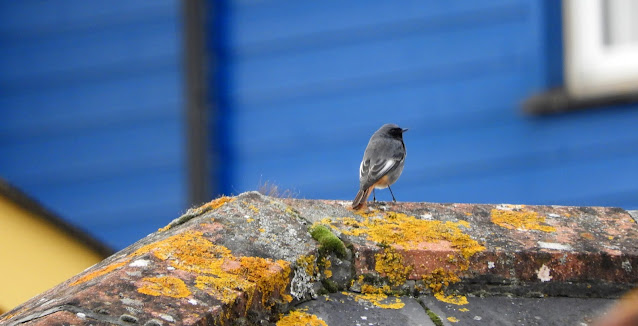 I could only find one of the two male Black Redstarts today. 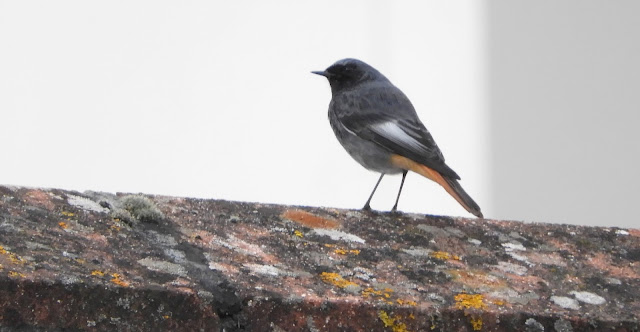 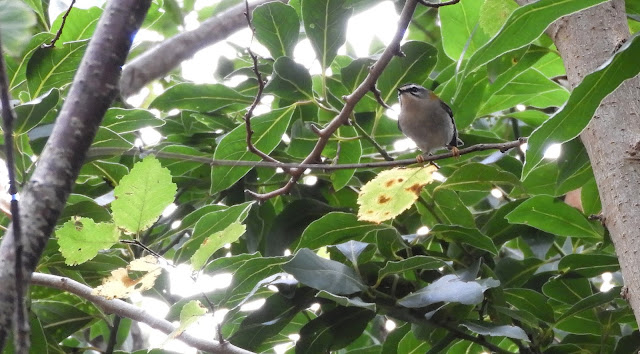 A Firecrest in the usual bushes behind the cricket club. 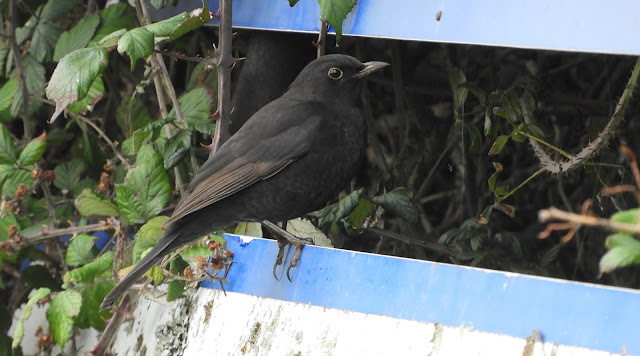