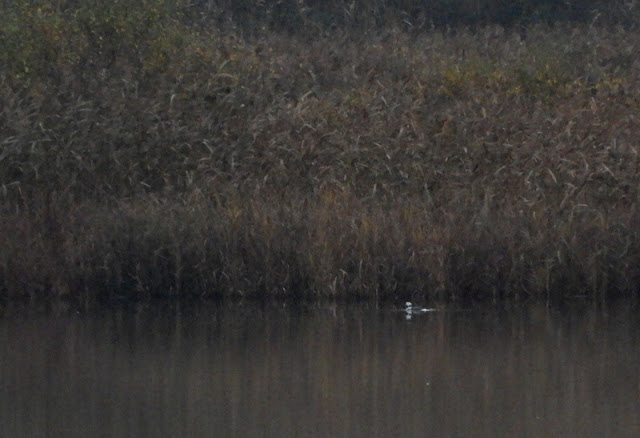 The Long-tailed Duck in near darkness, early this morning, on Bowling Green - I had a look at it on my way to Countess Wear. I'm banking on it moving to the south end of the river some time soon. I've not seen one in Exmouth since early 2018.
I usually have a look at the Old Sludge Beds around this time of year but it was disappointing with very few crests and chiffies found. In an hour or two I recorded just 4 Chiffchaff, 2 Redwing, 9 Fieldfare, 7 Cetti's Warbler, 7+ Goldcrest, 8 Gadwall, 9 Teal, 2 Wigeon, 2 Jay, 2 Raven, 1 Mistle Thrush and 3 Water Rail, along with a few other bits and pieces. Gone are the days when Siberian Chiffchaff was pretty much guaranteed at this time of year. Haven't seen one for ages.
Back home in Exmouth - 40 Pale-bellied Brent Geese off Mudbank along with 1 Kingfisher, 1 Mediterranean Gull, 3 Red-breasted Merganser and 2 Goldeneye. A dog-walk along the cycle path mid-afternoon produced a fly-over Cirl Bunting between West Lodge and Mudbank. 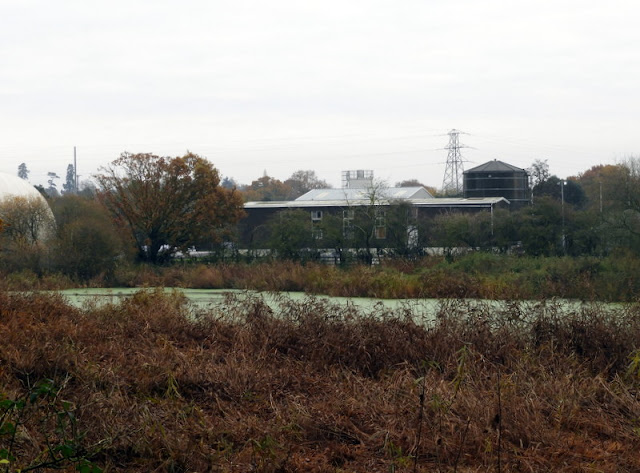 Whenever I visit Countess Wear I always stop a while to look at this narrow stretch of water within the water treatment works. There are only a couple of spots along the tow-path where you can see it, but most of it is hidden. I'd love to know what has been in there over the years. It's a brilliant spot for Gadwall and in early 2008 I re-found the returning drake Falcated Duck in there. I'm sure it has harboured several Bitterns over the years. In April 1999 I found a first-summer Night heron from this very spot. In all the years I've been checking it I don't think I've ever bumped in to another birder. 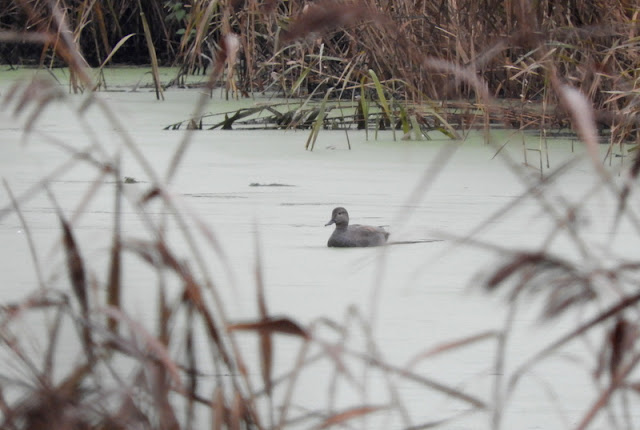 Drake Gadwall - only 8 seen today but I've had much higher numbers over the years. 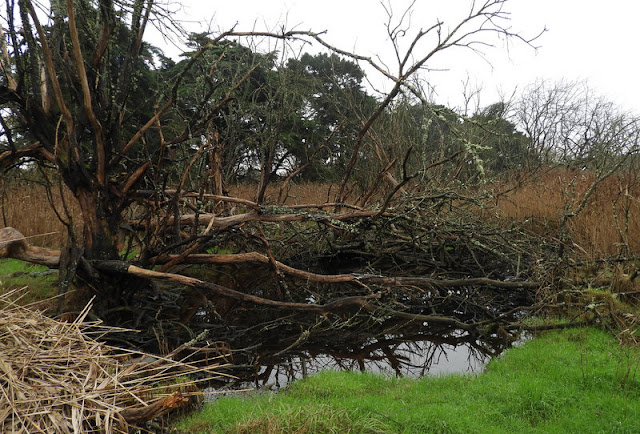 There's some lovely habitat in the DWT sludge beds but the roar of traffic from the M5 motorway bridge takes the edge off the enjoyment of birding it. 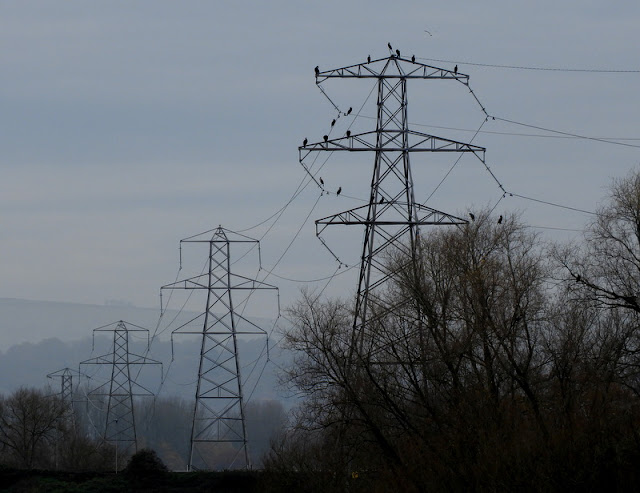 I watched Countess Wear far more regularly when I lived in Exeter. It was always famous for its pylon-roosting Cormorants so it was nice to see a few birds continuing that tradition today. The wet riverside fields below these pylons used to be fantastic for wintering Water Pipits but not any more. Those same wet bits also played host to the 1981/82 Hudsonian Godwit - sadly not on my Devon list. 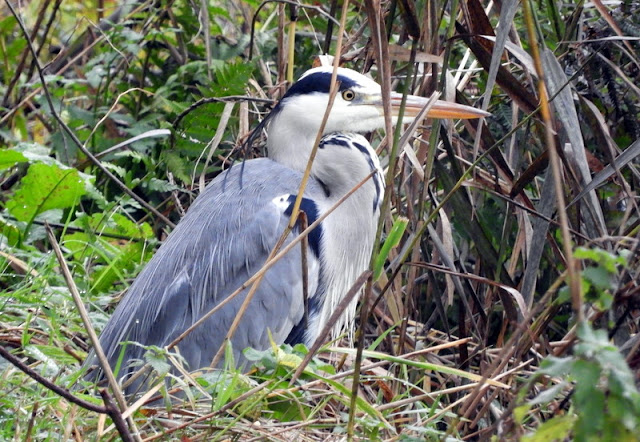 This Grey Heron was so pre-occupied with watching passing rowers on Exeter Canal that it didn't clock me sneaking up on it. I rarely get this close to this stunning species. 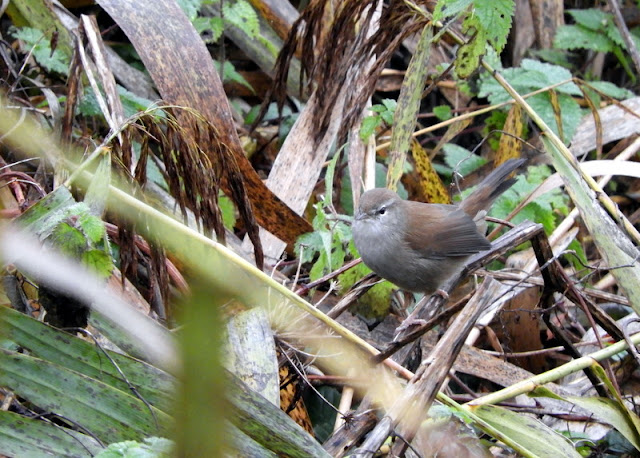 I heard at least seven Cetti's Warblers on my stroll this morning but this was one of only two that I actually saw. I've yet to photograph one in Exmouth and I haven't seen the West Lodge bird on subsequent visits, though I strongly suspect it's still there.
Posted by matt knott at 09:48