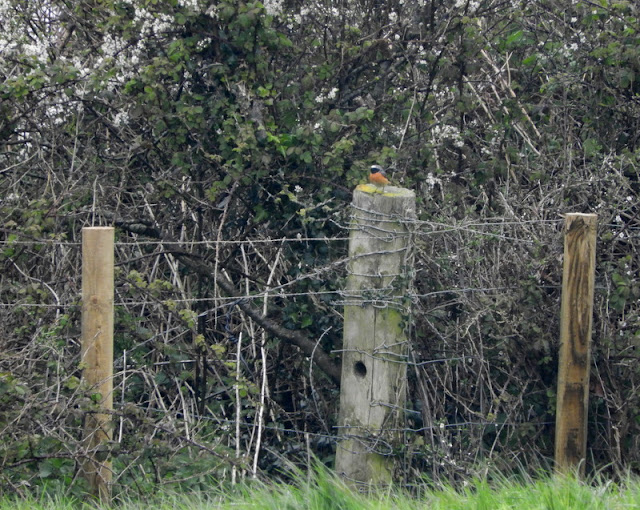 Redstart - seen only briefly - my third of the spring on Orcombe.
I was surveying in the South Hams for the early morning shift but managed to make it up to Orcombe later. I was kind of hoping for a deluge of migrants, following overnight rain, but it wasn't to be. The following were recorded in damp and mild conditions (in stark contrast to yesterday's cold and windiness): 2+ Chiffchaff, 3 Blackcap, up to 30 Swallow, 4 House Martin, 2 Sand Martin, 5+ Meadow Pipit, 5+ Willow Warbler, 2 Wheatear and a male Redstart. Additionally, I'm pretty sure the quiet, repeated 'tuc' heard from the 'wrong' side of a hedge was Sedge Warbler. Nearby the female Ring-necked Parakeet put in a very brief appearance before diving back in to her nest hole and 29+ Sandwich Tern were off the seafront.
Mudbank produced 18+ Whimbrel, c50+ Common Gull, 16+ Black-headed Gull and 10 Dunlin, but viewing conditions were awful. Good to see Terry out and about today. 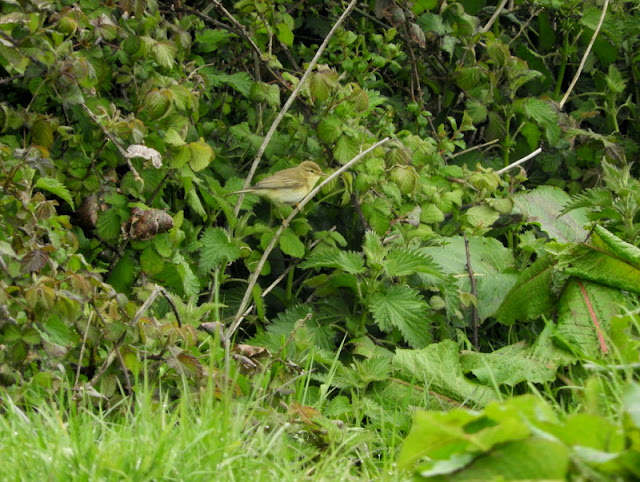 Willow Warbler - one of at least 5 new in today. 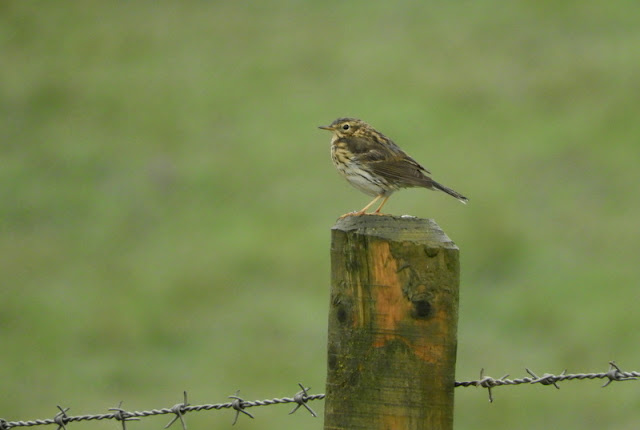 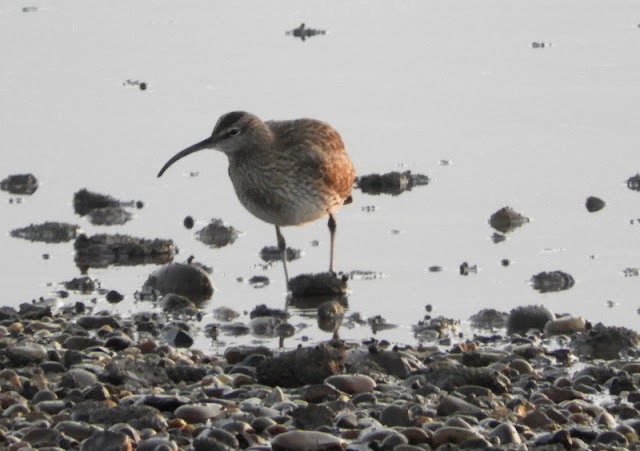 One of 18+ Whimbrel off Mudbank. 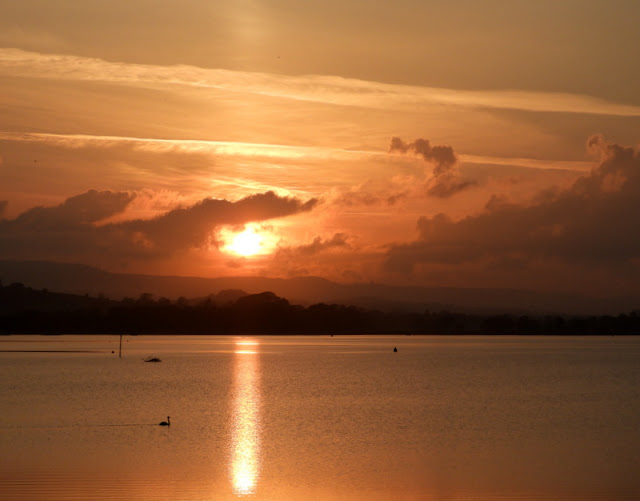