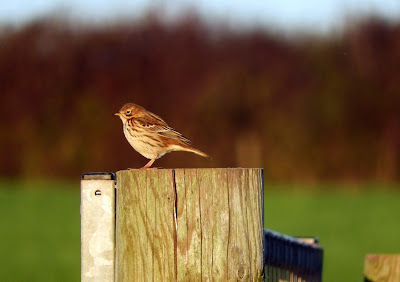 Meadow Pipit - Orcombe Point
It was a bit grim on Orcombe first thing. A quick sea-watch produced large numbers of Kittiwake heading in to Dawlish Bay, with a single sweep of the scope revealing 140 birds. Several Auks were whizzing in to feed too, along with good numbers of Gannet and a distant Skua sp which looked good for  Pomarine. Thirteen Common Scoter were offshore and on the point I recorded just 15 Goldfinch, 16+ Chaffinch, 2+ Goldcrest, 1+ Bullfinch, 1 Stonechat, 2 Song Thrush and 5 Meadow Pipit.
Off Mudbank the Black Brant was present with c7/800+ Dark-bellied Brent Goose. Also good numbers of Wigeon and Pintail plus a Black-tailed Godwit and 2 Rock Pipit.
Yesterday evening - 3 Stonechat on Orcombe Point and a Red-throated Diver off Maer Rocks. Also 29 Redshank off Mudbank.
This afternoon I popped up to Woodbury Fort to have a look for Hawfinch. No joy with those but 10+ Brambling in with c50+ Chaffinch. Also Redpoll and Tawny Owl noted. 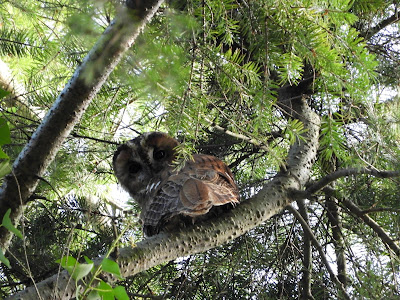 This Tawny Owl was found the usual way - hearing a commotion caused by mobbing passerines that, in this case, included Blackbird, Robin, Chaffinch and Brambling. 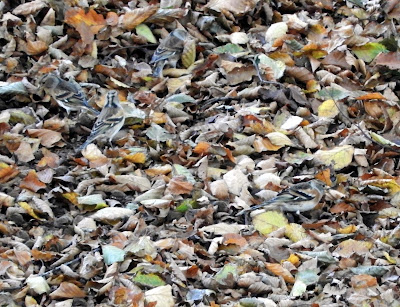 Four Brambling in this photo. I counted at least 10 on the deck but I have a hunch there's probably at least double that number up there. 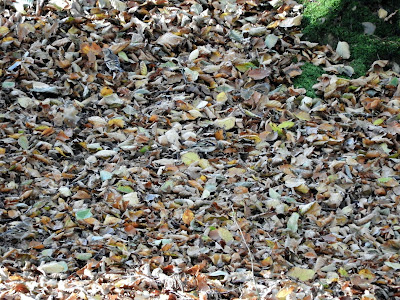 Five Brambling in this shot - click to enlarge.
Posted by matt knott at 09:57