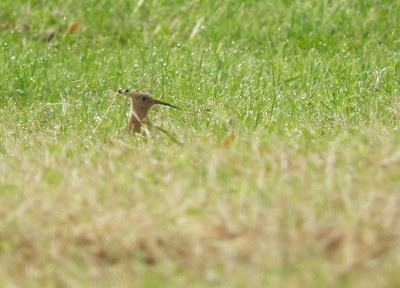 The Hoopoe showed well in a field opposite Maer Farm this morning. Lots of people caught up with it. At one point the assembled crowd held its breath as a Sparrowhawk crossed the field, passing just inches, directly above it. Had it flushed it would surely have been grabbed.
Really good birding today. This is one of those purple patches that I will dream about when I'm traipsing around Orcombe Point seeing absolutely nothing. A couple visits - morning and mid-afternoon. The Hoopoe has finally been pinned down, near Maer Farm, and other birds recorded included 1+ Tree Pipit, 2 Wheatear, 1+ Coal Tit, 3+ Chiffchaff, 1 Whitethroat, 20+ House Martin, c30+ Swallow and a flock of 4 Yellow Wagtail. Offshore a Common Scoter, Mediterranean Gull and 2 dark juvenile Arctic Skuas which were joined for a while by a probable Pomarine Skua. The pair of Arctics harassed it until it was driven off in the direction of the Warren.
The juvenile White-winged Black Tern showed well off the Imperial this morning, and off Mudbank I recorded c370 Mallard, 36+ Little Egrets, 13 Mediterranean Gulls, 6+ Whimbrel and 11 Ringed Plover.
Moths found around lights in the Bristol Schools camp included Yellow-tail, Double-striped Pug, Willow Beauty, Brussels Lace, Lesser Broad-bordered Yellow Underwing, Blood-vein, Common Grass-veneer, Square-spot Rustic, Brimstone, Scorched Carpet and Chinese Character. 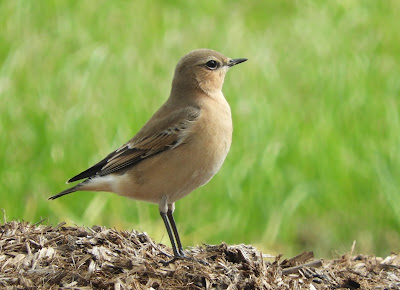 One of two Wheatear seen on Orcombe today. 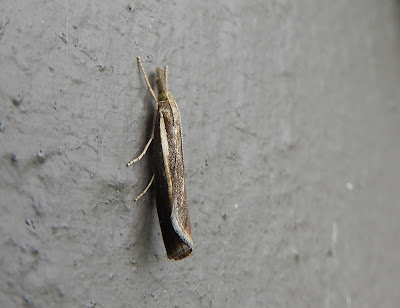 A very dark Common Grass-veneer - Agriphila tristella - beside a light in the Bristol Schools camp. 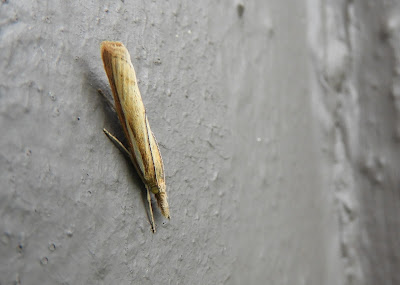 A much more typical Common Grass-veneer 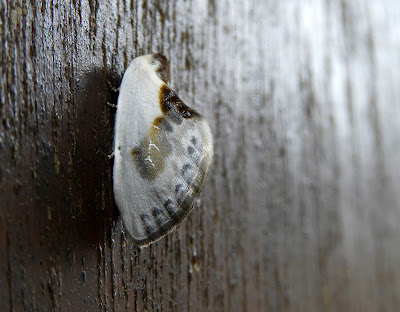 This Chinese Character was also discovered by an outside light. I haven't seen one of these for a while. They are bird dropping mimics but simply stunning. 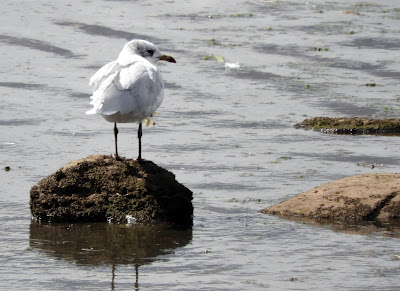 Thirteen Mediterranean Gulls was a good count for Mudbank, although this one was photographed a couple days ago. 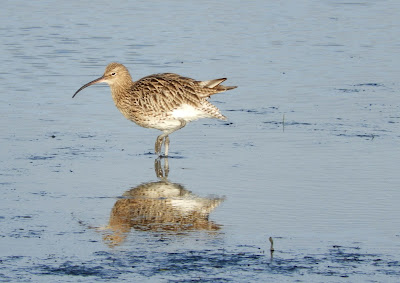