Sanderling
I was awoken by the wind rattling the windows and got down to the raised beach huts some time after 0530. It was soon apparent that plenty of Manx Shearwaters were passing. I fairly quickly picked up a group of at least 4 large shearwater sp but they were a long way out and I just couldn't get any detail on them. I decided to relocate to Orcombe Point but I didn't have enough time to give the sea a good look. Texts from Lee indicated that both large shearwater species were passing the Warren. Had it been tomorrow things may have been different but I had to get to work. By the time I finished work and got a few jobs done around the house, things had quietened down.
A quick check of the beach produced a couple Mediterranean Gull, 1 Sanderling and a juvenile Yellow-legged Gull.
There were at least 50 Sandwich Tern, 4 Mediterranean Gull, 30 Turnstone, 12 Whimbrel and 1+ Greenshank off the Imperial. 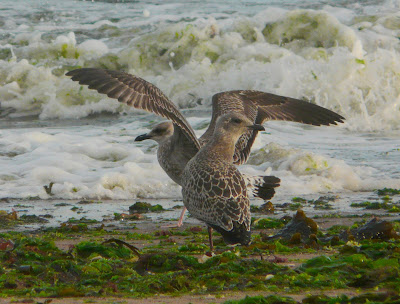 Juv YLG with a juv Herring Gull in front of it. I've spent far less time looking for these than I normally would but the moths are proving a far bigger draw. 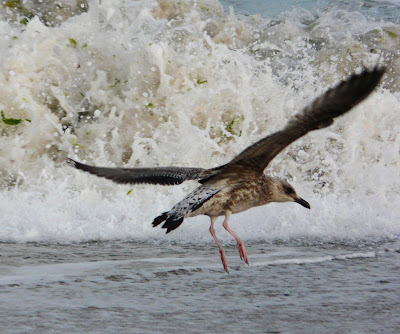 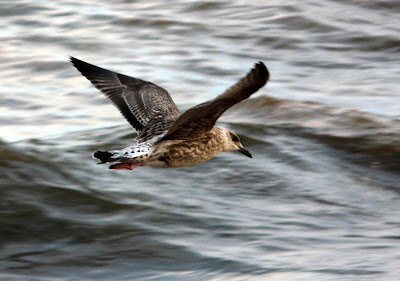 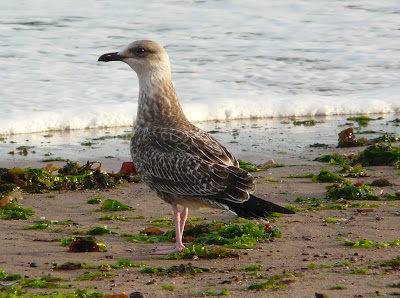 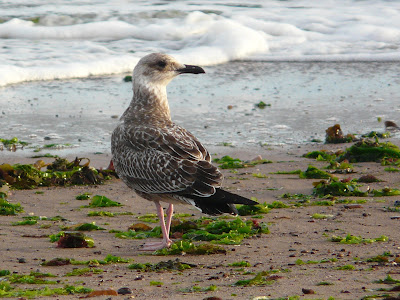 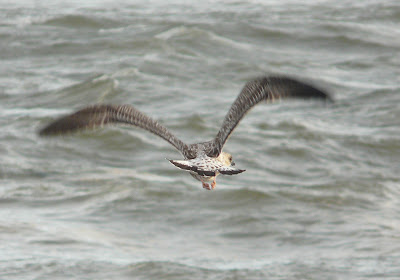 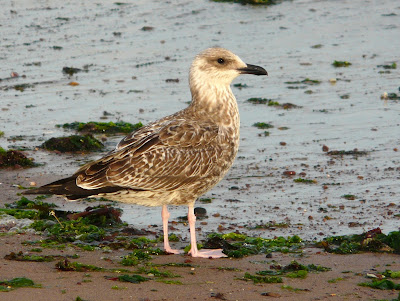 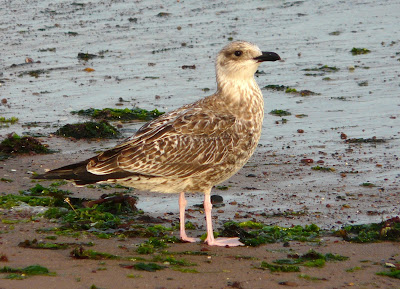 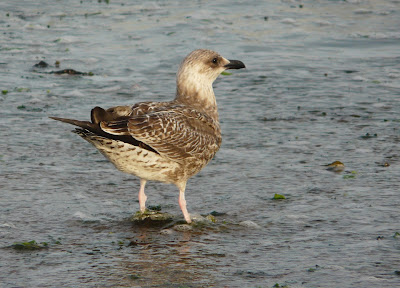