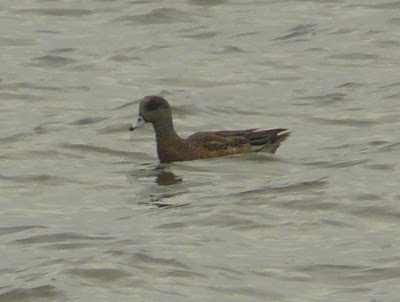 
Until about 315'ish today had been pretty poor on the bird front. I only had an hour to spare on Orcombe this morning, logging just 1 Brambling and a high-flying Great Northern Diver. Lu was working this morning so I went in to town to do some birthday shopping with the kids (it's Lu's birthday tomorrow).
A single raucous flock of one hundred Jackdaws flew north over the house, as I ate lunch in the garden, but I had to wait until late afternoon to properly get out. The overcast conditions and high tide meant I could grill the massive flock of Wigeon off Mudbank, and the westerly breeze pushed them closer in than they usually are. On my second or third scan I picked out a bird that immediately got my American Wigeon radar twitching. I've had a hybrid bird off there before so I didn't let myself get too excited but it did look promising. As soon as I clocked the black line that encircles the bill base I knew I was on to something, and some time later, the all-important wing flap revealed gleaming white axillaries.
For no apparent reason at about 1540 it took off on its own and flew round the corner towards the Leisure Centre. I headed down there with Rupert but we were unable to relocate it.
I'm still not sure about the age but feel it is a male rather than a well-marked female. The right hand side of the bird showed a flash of bright white greater coverts but they looked to be finely marked. In flight the impression was of a large amount of white on the wing coverts. The lower scapulars may offer a clue to the age, being dark brown with pale buffy markings giving an odd spotted look. I will post my field notes later when I've added a bit of colour to them but in the mean time would greatly appreciate comments on its age. 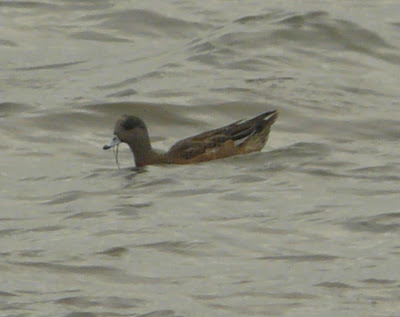 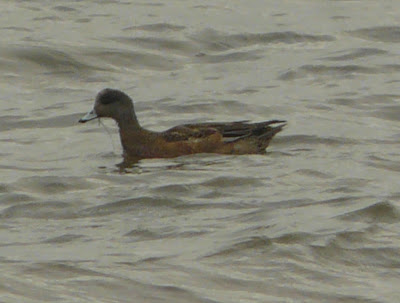 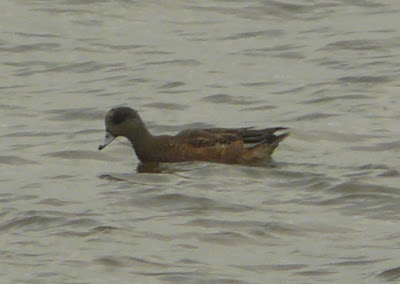 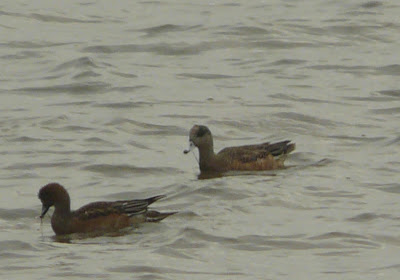 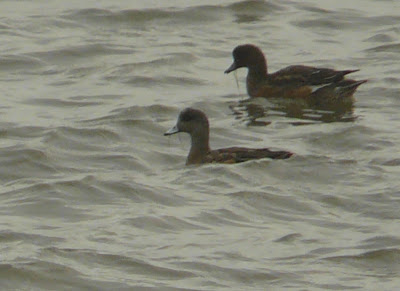 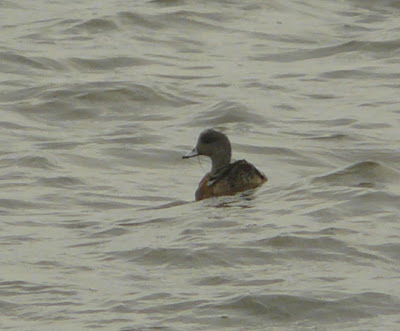 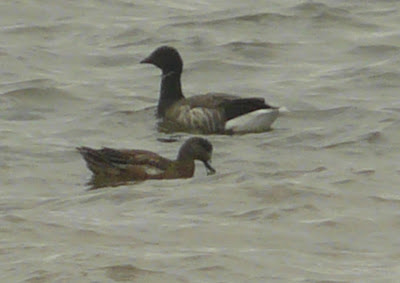