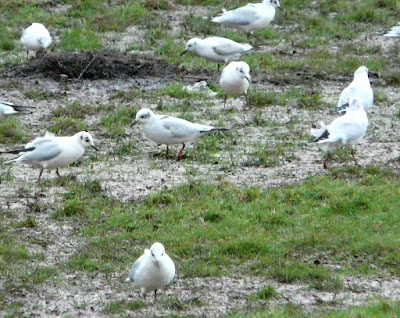 Red-ringed first-winter Mediterranean Gull.
There has been very little change in the birds this week which is more than can be said for the weather. There have been no really noteworthy sightings but there does seem to have been an increase in Mediterranean Gull numbers. I had a second-winter off the seafront in the week and the day before yesterday there was a first-winter and an adult off Mudbank. Yesterday there was a white-ringed adult on the Imperial Rugby ground for most of the day.
Today's sightings included a Great Northern Diver off Maer Rocks, 3 Goldeneye off Mudbank and c20+ Sanderling off the Imperial. I counted just 4 Purple Sandpipers on Maer Rocks yesterday morning. 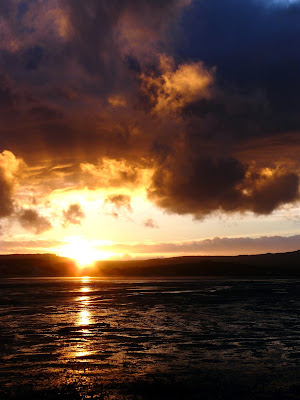 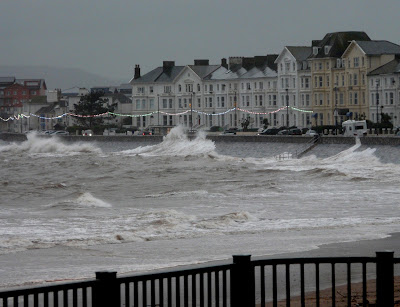 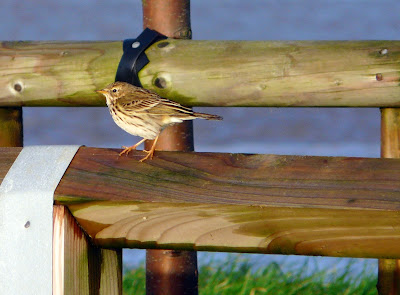 Meadow Pipit - Imperial. One of at least two present. 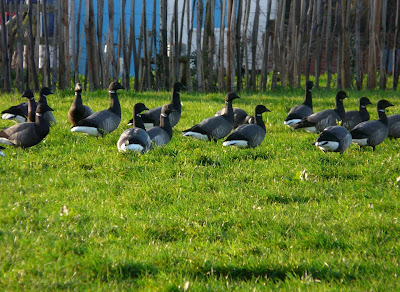 Brent Geese - Imperial. Having been largely absent from this end of the river for a few weeks, numbers seem to be picking up again. They'll be starting to head off soon.
Posted by matt knott at 08:10