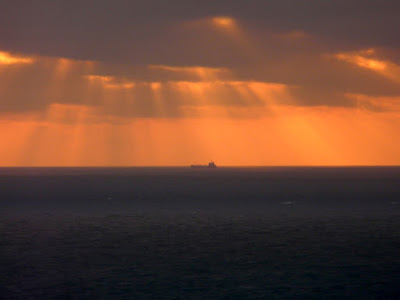 The biggest influx of Goldcrests that I've ever seen on Orcombe this morning with an estimated 50/60+ birds (possibly too conservative) and many more probably keeping their heads down in blustery conditions. The influx included at least 3 Firecrests - 2 on Gore Lane and at least one on the 'Foxholes' hill. In fact the leafy road leading up to Foxholes was just heaving with crests but I couldn't dig out a yellow-browed despite putting some time in. Yellow-broweds seem to steer clear of Exmouth at all costs!
Also this morning - 4 Common Gull, 3 Common Scoter, 1 Turnstone, 3+ Brambling, 1 Curlew, 2+ Coal Tit, c25+ Starling, 1+ Redwing, 1 Treecreeper, 5+ Skylark, 1 Chiffchaff and 2+ Siskin. 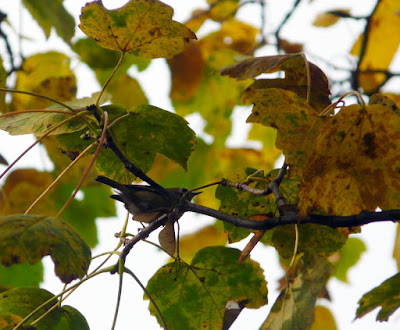 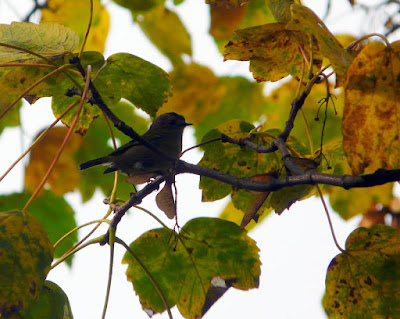 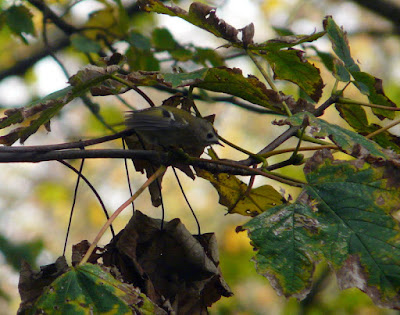 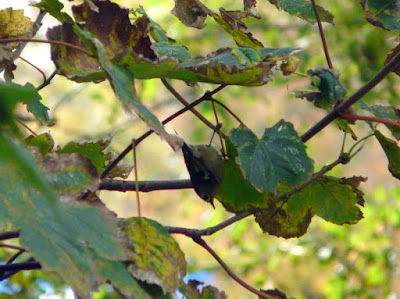 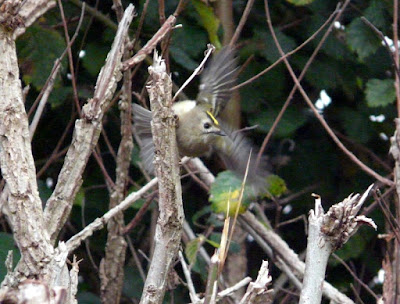 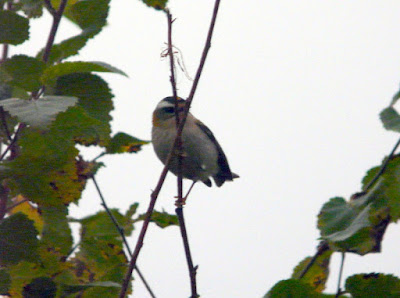 The Firecrests just wouldn't play ball. Three in one day is exceptional for Orcombe which is why I've included some photos, despite their poor quality. I probably average one each Spring and 1 each Autumn if I'm lucky. I'm envious of the birders who bird the 'big name' headlands where Firecrests can be quite frequent. Each one on Orcombe is a rare treat so they're never taken for granted! 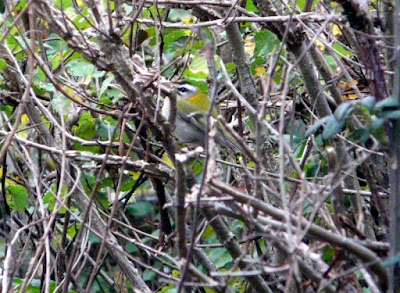