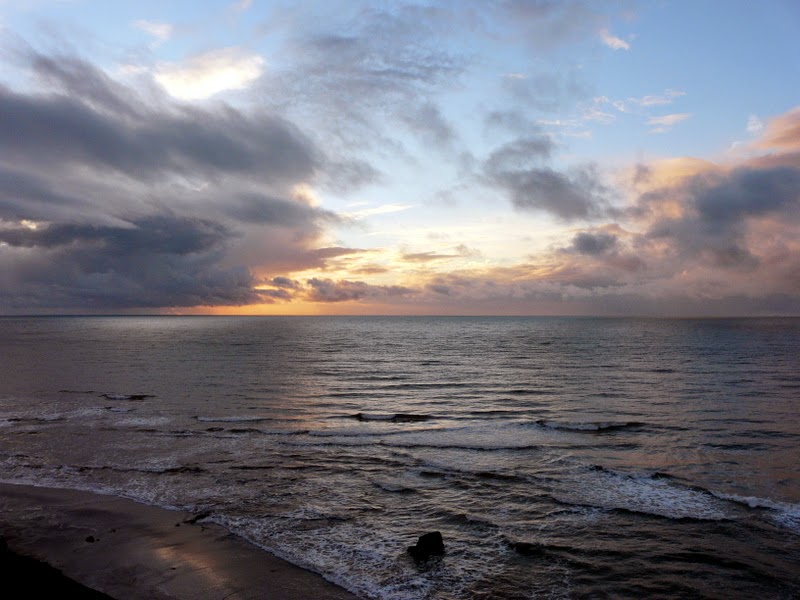 Heavy rain and thunder storms last night gave way to a reasonably dry dawn, though persistent rain set in a bit later on. Derek, Nick and I did the usual Orcombe circuit. The best bird was a single purple sandpiper feeding with 8 turnstone and a rock pipit below the point. It afforded good scope views and we didn't have to risk life and limb on seaweed-covered rocks, as is normally the case when the birds are on Maer rocks. There was very little moving overhead but what was moving seemed to be going east, and there was an obvious increase in thrush and robin numbers in the bushes. Totals included c60+ starling, 20+ song thrush, c20+ blackbird, c20+ robin, c20+ redwing, 8+ stock dove, 1 little egret, 3 reed bunting, 3+ bullfinch, 1 great northern diver, 1 goldcrest, c15+ chaffinch, 1 snipe, 2 grey wagtail and a small number of meadow pipits and pied wagtails.
On the way back home I had a quick look off the Imperial Rugby ground and almost immediately picked up 4 spoonbills out on the estuary. Scope views revealed them to be an adult with 3 juveniles. They were still there when I left but their little spit of mud had been covered and they were knee-deep in water as the tide crept in. No doubt they will relocate to the north end of the river. Also present were good numbers of dark-belled brent goose (no sigh of yesterday's black brant though), a small number of red-breasted mergansers, an adult peregrine and a slavonian grebe. 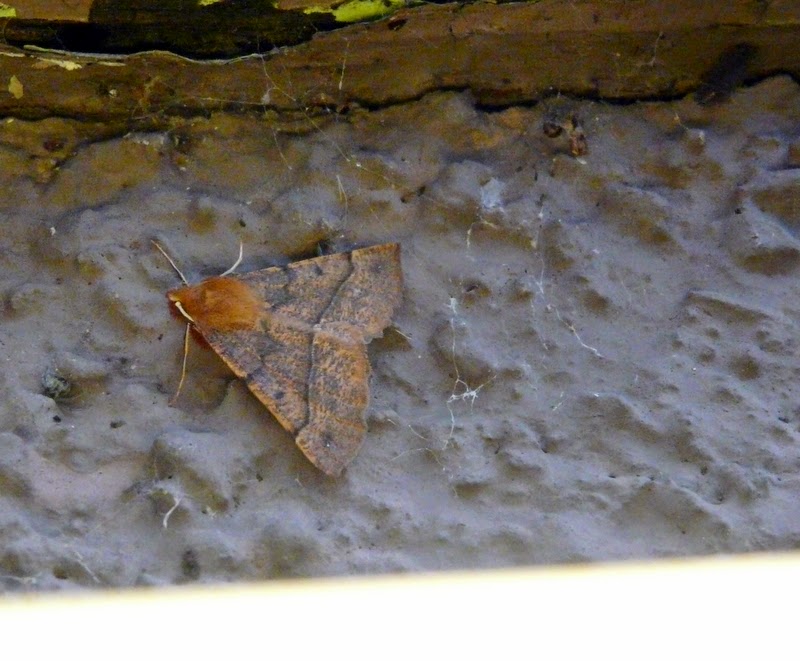 Feathered Thorn beside a light in the Bristol Schools Camp. 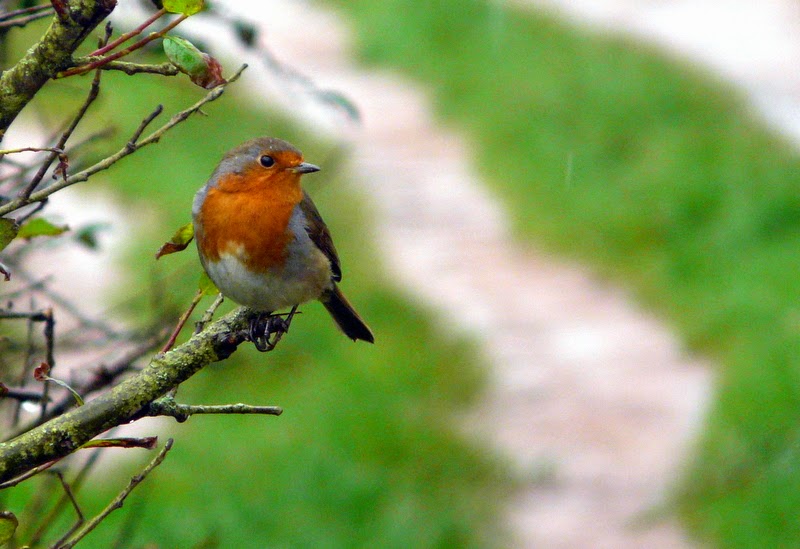 There was a noticeable increase in Robin numbers this morning. Song thrushes seemed to be 'sipping' from every hedgerow too. Spoonbills with the sea wall off Starcross in the background. 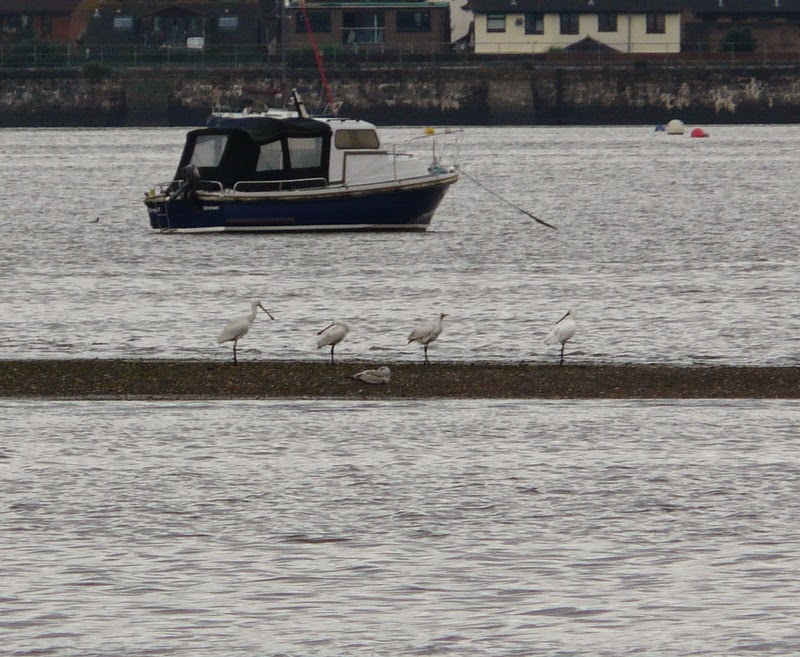