This Great White Egret provided some nice novelty value on Blackhill Quarry this afternoon - the first one I've seen on the Pebbled Heaths. It was first reported yesterday.

An afternoon stroll, starting from Blackhill Quarry, produced 1 Great White Egret, 2 Tufted Ducks, 1 Green Sandpiper, 1 Osprey and 11 Dartford Warblers. A flock of 15 House Martins, small numbers of Swallows and a few Meadow Pipits were moving, as well as one really big flock of hirundines that flew south-east as I was watching the Osprey.

Earlier, off Mudbank, counts included 20 Black-tailed Godwits, 6 Redshank, 5 Greenshank, 34 Dark-bellied Brent Geese, 118 Shelduck and a juvenile Osprey. Later, a look from the back garden produced 2 Ospreys together, flying really high at times and covering a lot of ground, over the river. 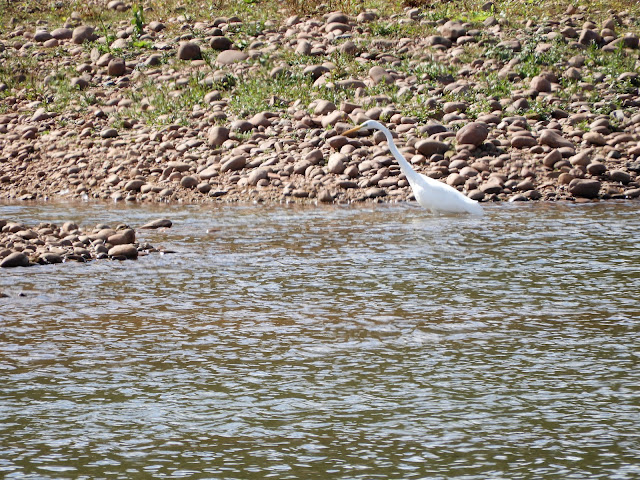 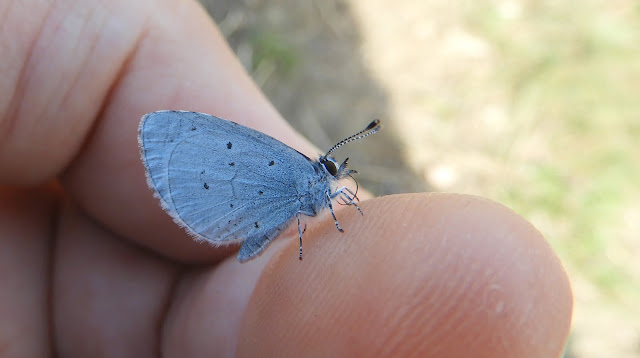 This tiny, second brood Holly Blue was a weak flyer and quite happy to rest on my hand. 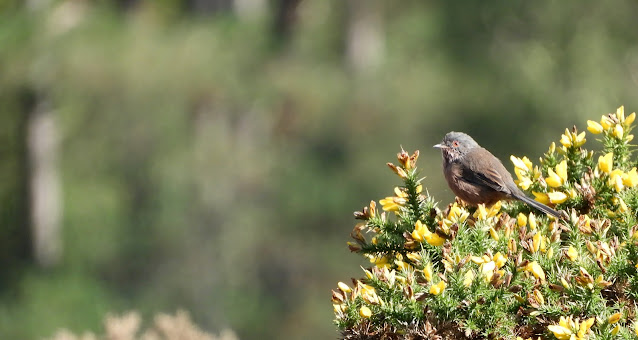 Eleven Dartford Warblers were noted on a walk from Blackhill onto Woodbury Common. Some, like this bird, were in song. 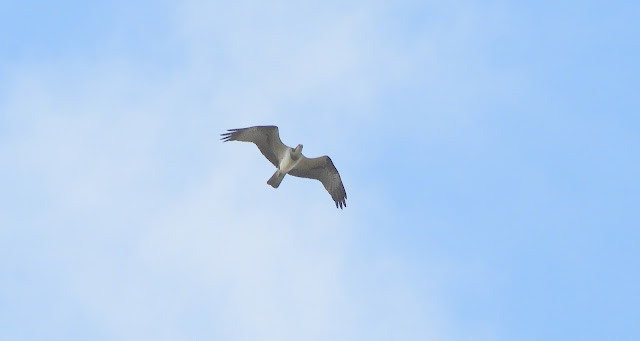 This Osprey was circling Blackhill Quarry at 1pm, before heading rapidly east. At least two others were on the river today.