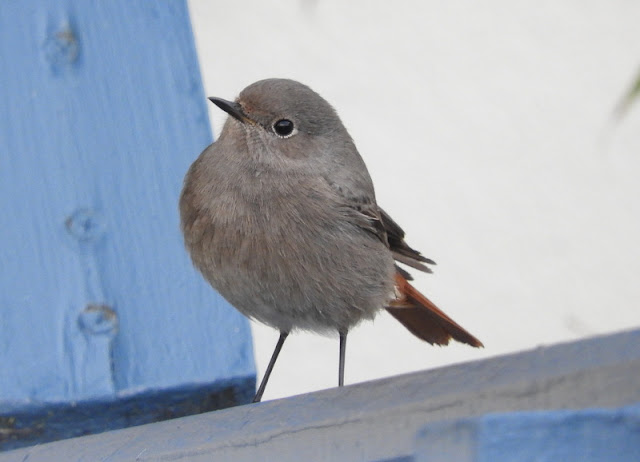 I caught up with the two Black Redstarts this morning. Both birds were together and showing really well behind the sailing club.
Not a lot else seen today but I almost certainly had a drake American Wigeon off the Leisure Centre this morning. I was scoping what's known as the 'duck pond' from the car, in a heavy rain shower, when I picked up the bird. To be fair I think it's fine - dusky pink flanks, grey head and black eye 'mask' etc but the visibility was so poor and my view so brief that I can't justify submitting it as such. An exhaustive and ultimately unsuccessful search through hundreds of Wigeon proved fruitless and allowed the doubts to creep in. I didn't see enough to age it and, if I'm brutally honest, I probably can't 100% rule out a hybrid, so for the time being I'm leaving it. There is of course a possibility it's the returning drake and if so it'll no doubt be picked up again somewhere on the river. I'll have another look for it in the morning. 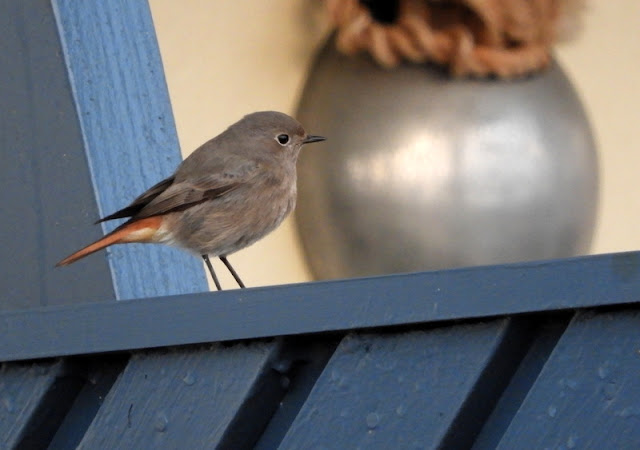 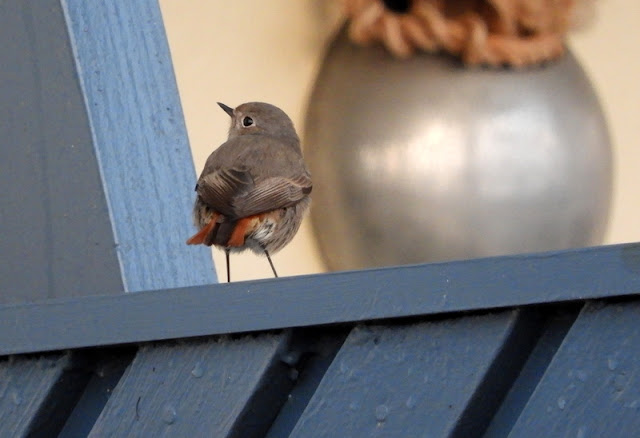 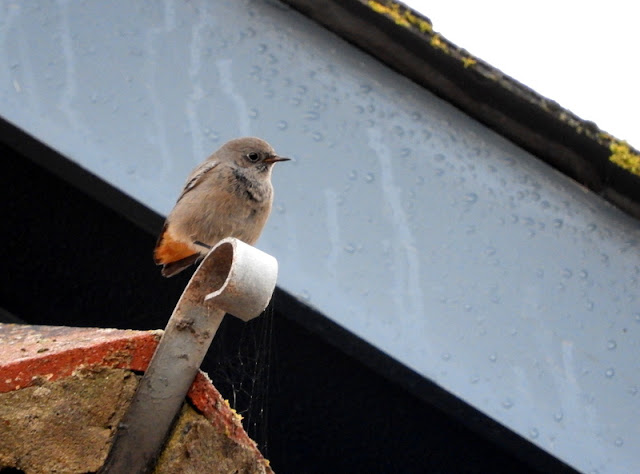 The second Black Redstart is an interesting looking bird. It's got no tail, but the most striking feature is its fiery red under-tail coverts. Some black feathering around the upper breast, lores and throat indicate that it's a male and there's a definite orange-brown tint to the lower breast, although the belly is clearly white. Great to have a couple birds around following last winter when, for the first time in a long while, there were none.
Posted by matt knott at 09:12