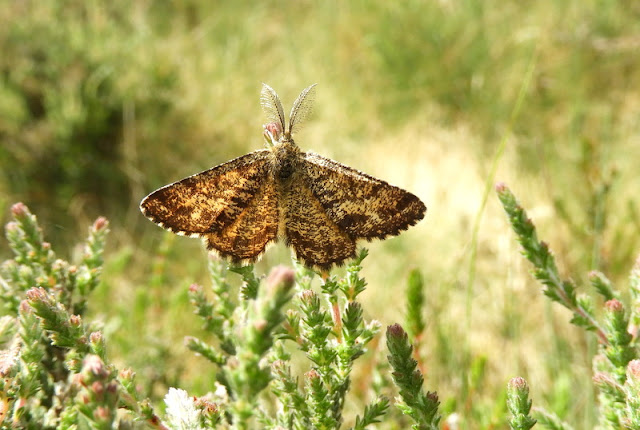 Common Heath - male - note the feathered antennae.
I had a quick look off the seafront early morning but only 1 Great Northern Diver and 5 Sanderling were noted. Off Mudbank - c60 Black-headed Gull and 2 Sandwich Tern.
A couple hours mooching around East Budleigh Common this afternoon produced some nice insects but it was too blowy for birding. 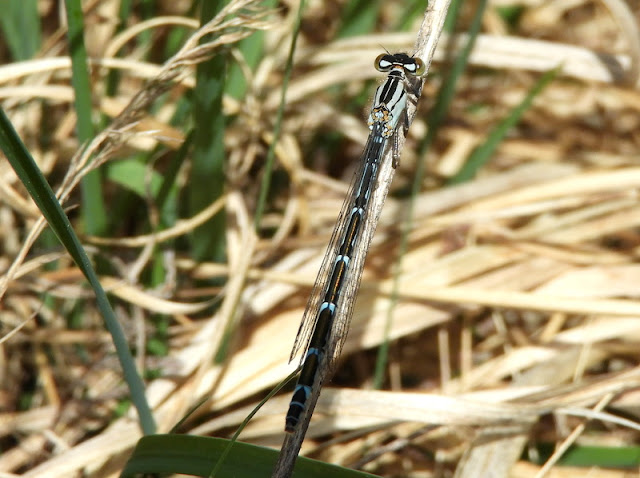 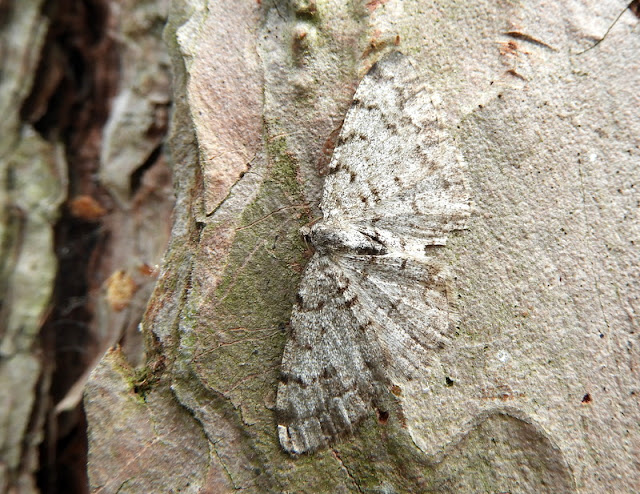 Grey Birch - not an uncommon moth but a new one for me. 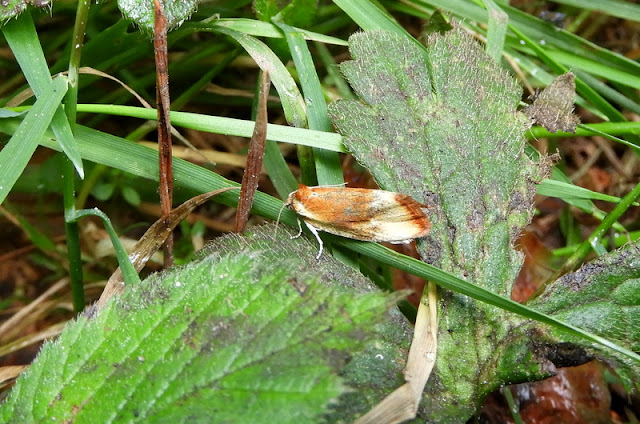 Brassy Tortrix Eulia ministrana - I've been looking forward to finding one of these. 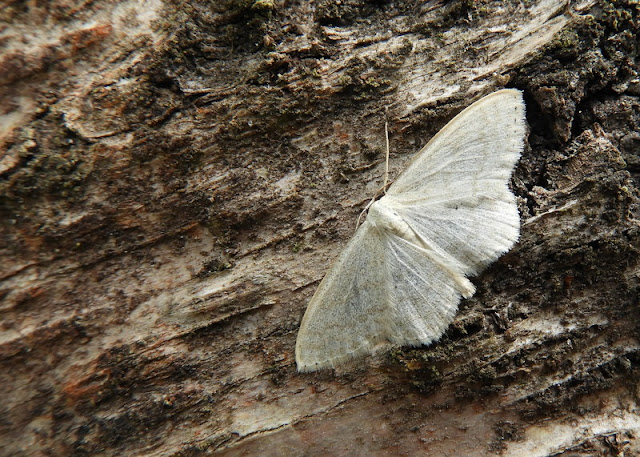 Damselfly species - presumably a female Azure but not sure on this one. 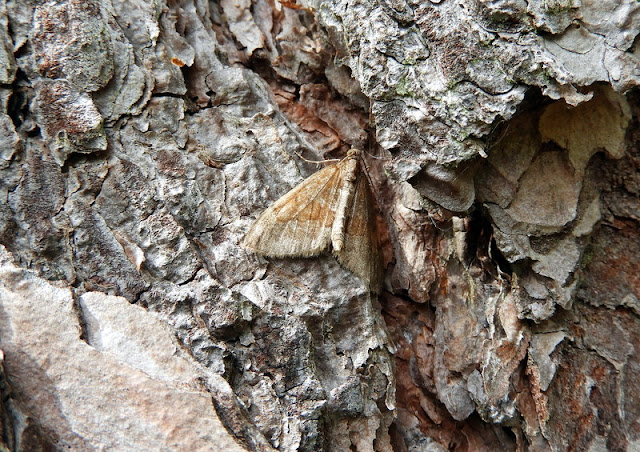 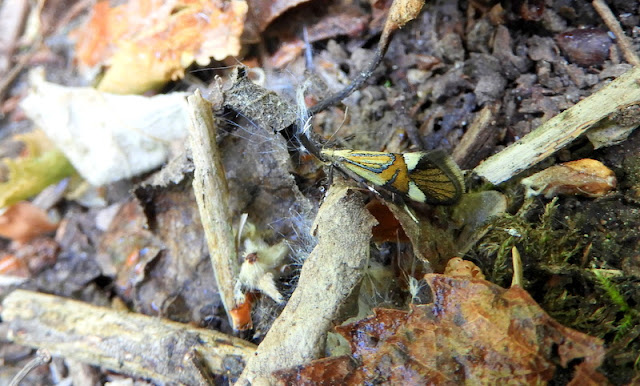 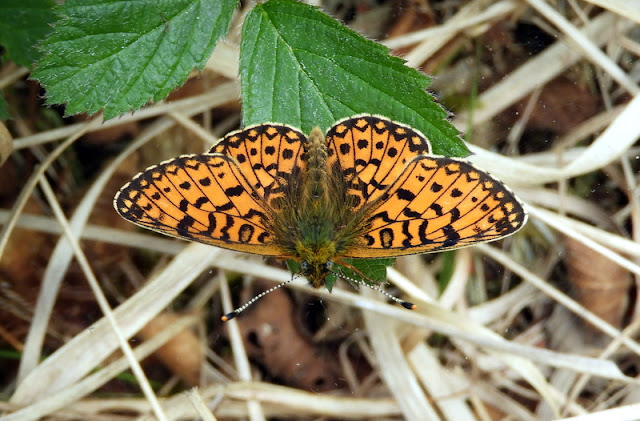 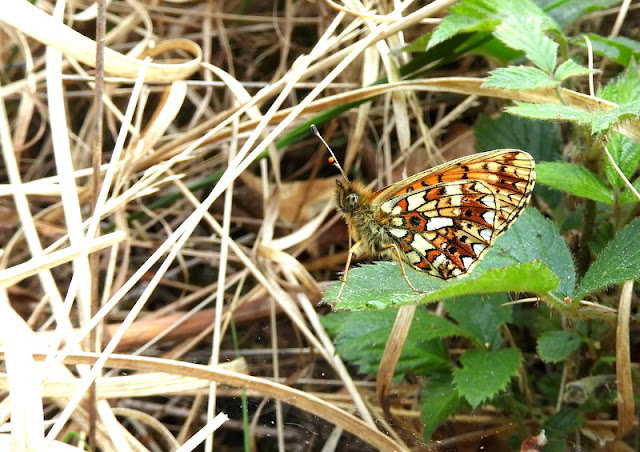