I managed to check a few sites around a very cold and icy Exmouth today:- 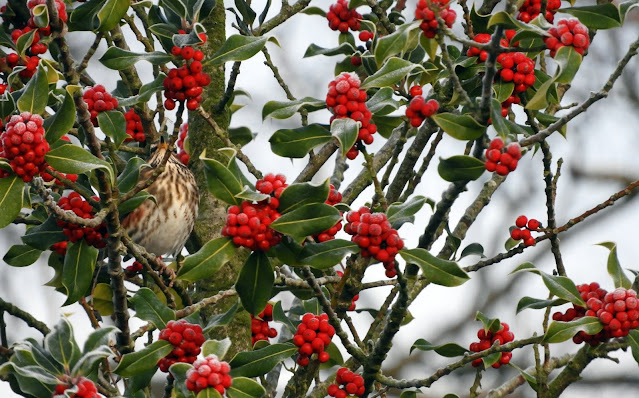 An estimated 30-40+ Redwings were feeding in Bystock reserve this morning. They're remarkably adept at concealing themselves in Holly. Also on the reserve - 1 Marsh Tit, 1 Firecrest and a Treecreeper amongst a few other bits and pieces. 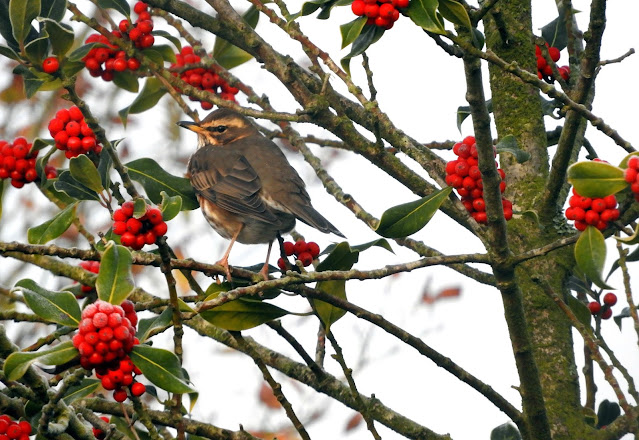 A male and female Shoveler were in with a small group of Pintail, off Mudbank, this morning. Perhaps the same male was later distantly off Shelly Beach with what appeared to be two females. They were miles away though.

Gadwall is a very infrequent visitor to Exmouth. I'm guessing it took a bit of ice to force these three to move. Two drakes and a female were with other wildfowl off Mudbank this morning. 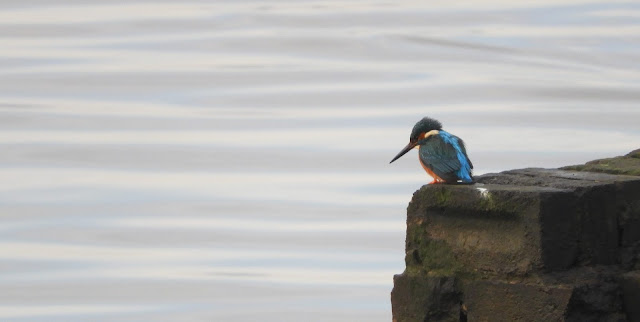 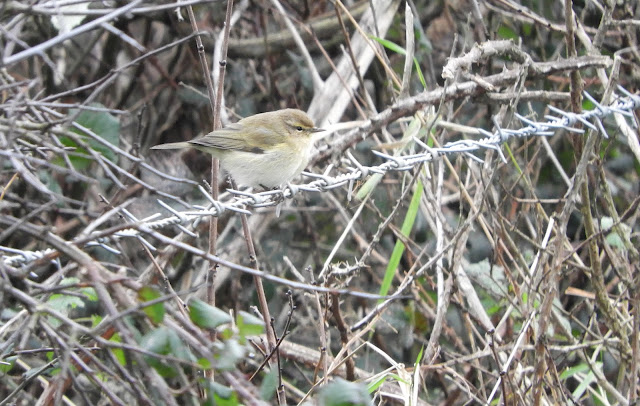 Two Chiffchaffs were discovered on Orcombe Point (along Gore Lane) this afternoon.
Posted by matt knott at 10:11