A bitterly cold sea-watch off Orcombe Point, early this morning, revealed lots of auks feeding offshore and moving east in 'strings'. A very rough estimate of 2-300 Razorbills in the time I was there. I managed to pick out just 3 Guillemots, through watery eyes, but there were presumably more. Also off there - 2 or 3 Great Northern Divers, 1 Red-throated Diver and 4 Common Scoters with small numbers of Kittiwakes and Gannets.

Off Mudbank today - 130+ Grey Plover, 14 Sanderling and small numbers of Knot (all on Cockle Sands). Wildfowl counts included 70+ Shelduck, 34 Pintail and c40 Brent Geese. A group of c50/60+ Brent Geese were in the 'Duckpond'. 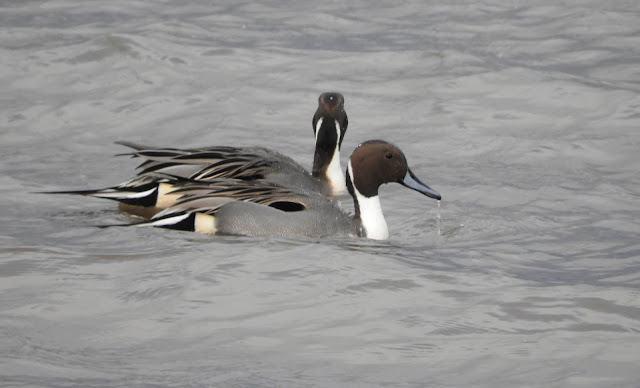