A lightning-quick look off Mudbank, before starting work (from home now until half term at least), revealed this adult Black Brant. I was attempting to count the Brent Geese, which were in unusually good supply this morning, but was stopped in my tracks when I clapped eyes on this. I'm guessing it's probably one of the Fleet (Dorset) birds. It's certainly the first one I've had in Exmouth since the regular wintering bird, which I last saw on November 4th 2017. Also off there - 84 Shelduck, 16 Grey Plover, 1 Peregrine and a Bar-tailed Godwit amongst a few of the more regular species. Nearby, off the seafront this evening - the regular Great Northern Diver and a Kingfisher.

I always think Black Brants stand out more at a distance. As well as the blacker under and upperparts, note the contrasting white flank patch and thick white neck collar. As with the last bird we had in Exmouth, it looks noticeably smaller than the Dark-bellied Brents. 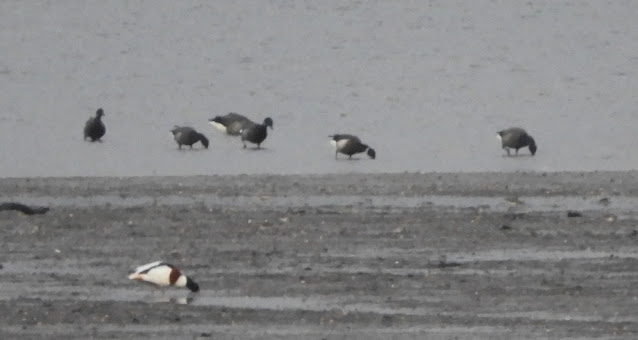 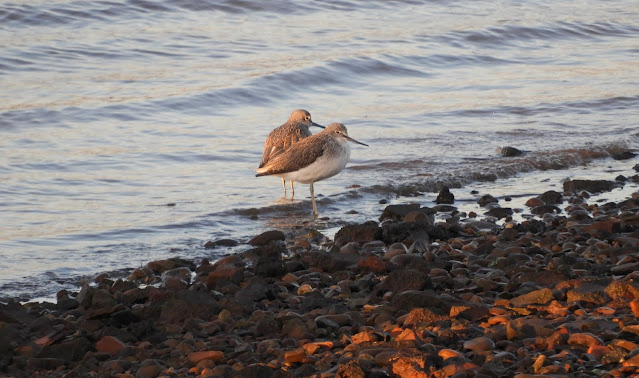 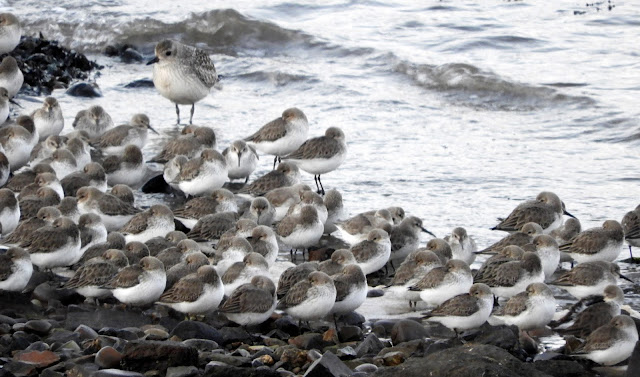