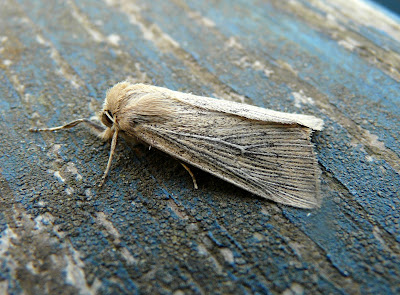 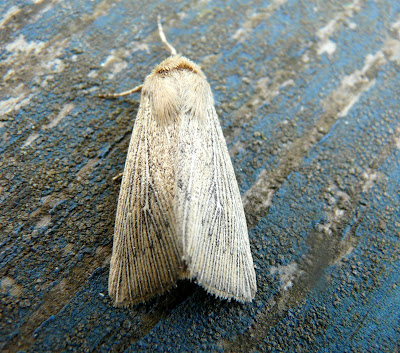 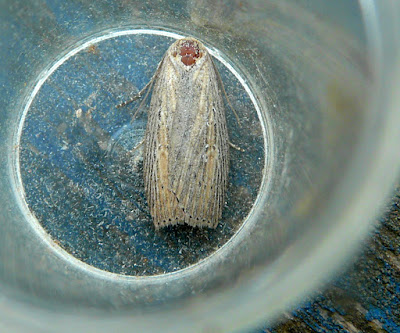 Silky Wainscot - another new moth for me. Had a hunch I'd get one here one day, despite the fact that the nearest reed bed is a good kilometre away. An odd-looking species and a Wainscot but not one of the 'Mythimna' tribe that I'm so fond of. According to 'Waring and Townsend' the larvae are omnivorous, feeding on living and dead invertebrates and the inner tissues of dead Common Reed stems. Bit odd! 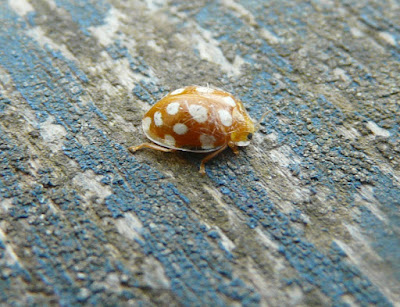 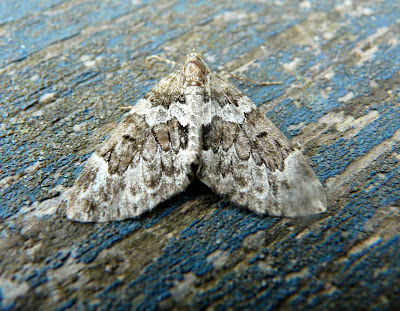 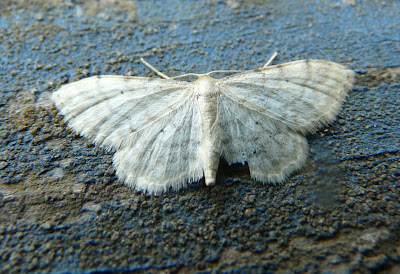 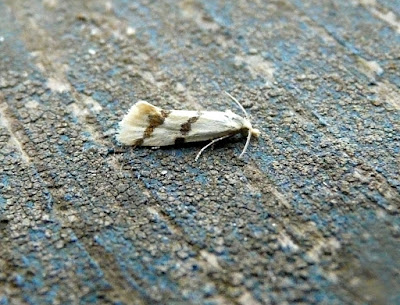 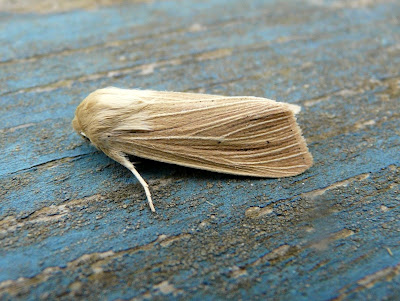