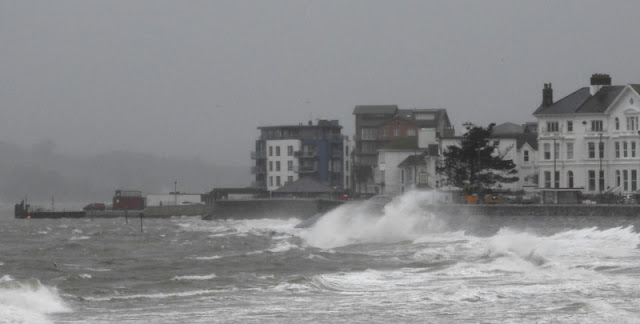 Horrendous conditions today and precious little in the way of birds. This is Exmouth quay and part of the seafront shortly after dawn.
Thought I'd at least get a Little Gull or two today but if anything the weather was too bad with apparently nothing moving at sea and very little on the estuary. I just about managed to pick out the Red-necked Grebe, alongside a Great Crested Grebe, off Shelly Beach this morning and 14 Grey Plover flew towards the Warren late afternoon. Otherwise 26 Pied Wagtail on the cricket pitch and 15 Brent Geese on the Imperial rugby pitch were the only things noted.
Yesterday was better with Mudbank counts including 4 Pintail, 2 Redshank, 1 Greenshank, 13 Dunlin, 3 Goldeneye, 70+ Shelduck, 11 Grey Plover, 1 Peregrine, 30+ Wigeon, c40 Common Gull, 6 Red-breasted Merganser, 100  Brent Geese, 130+ Curlew and a tight-packed flying flock of 18 Cattle Egrets towards Starcross (with a further 3 sitting on a wreck).
A very quick look off Maer Rocks produced just 1 Red-throated Diver, 1 Great Crested Grebe and 20 Kittiwake. The Red-necked Grebe was off Shelly Beach with 9 Red-breasted Merganser. 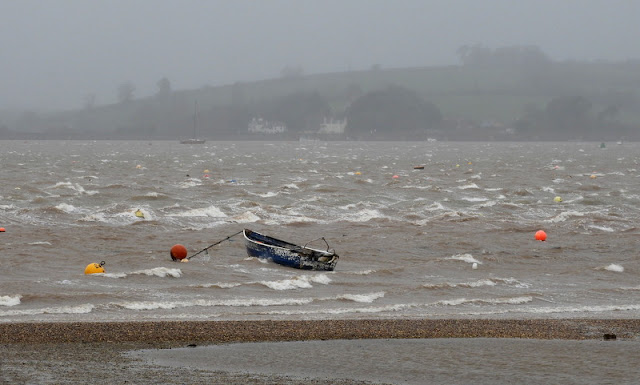 No shelter in the estuary today. This was the view from Shelly Beach this morning. The Red-necked Grebe was out there alongside a Great Crested Grebe but difficult to pick up in the choppy conditions. 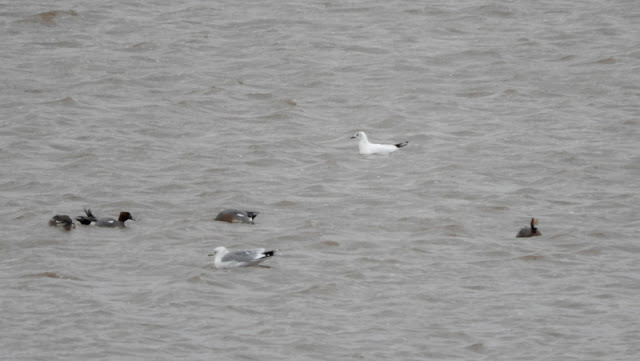 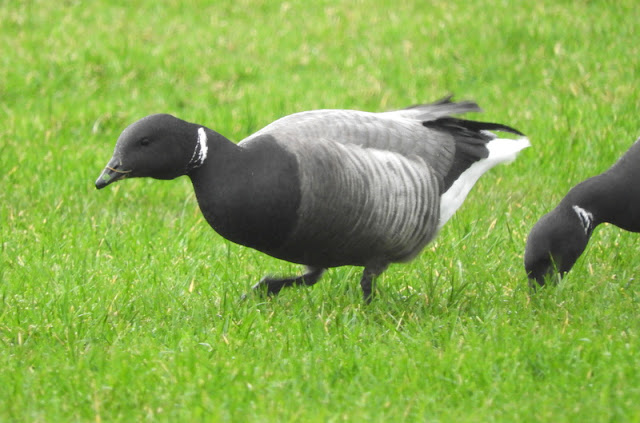 Two of fifteen Dark-bellied Brent Geese on the Imperial rugby ground this afternoon.
Posted by matt knott at 09:17