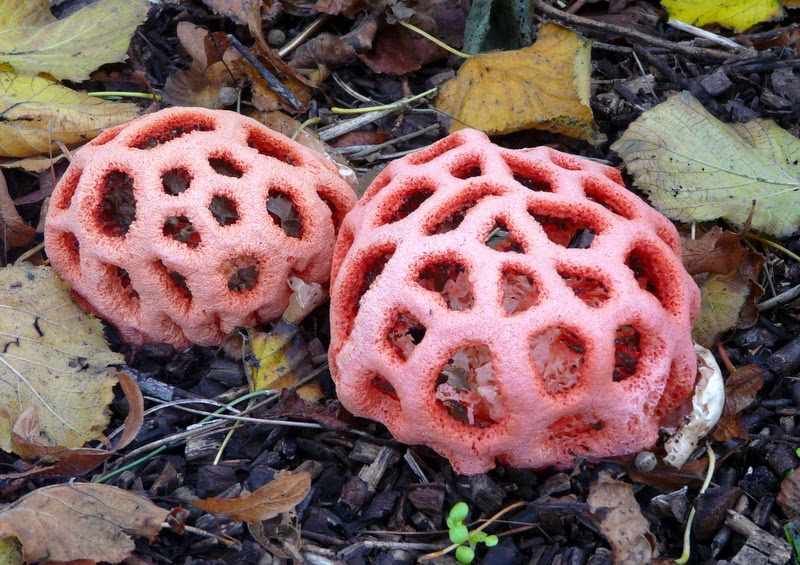 Red Cage Fungi - Exmouth.
I managed quite a bit of time outdoors today. Lu and the kids had friends over for much of the day so I made the most of it. I never thought I'd say this but the day's highlight was a couple incredible fungi. I had the good fortune to bump into Nigel Pinhorn, a superb naturalist and old mate, down at the sailing club. Nigel showed me a photo of these red cage fungi on the back of his camera and I was determined to have a look at them for myself. When I arrived, another fantastic naturalist and someone else I haven't seen in ages, Andrew Cunningham, was photographing them. If you walked past these you'd swear they were a kid's plastic toy - almost as big as a size 3 football and spongy-looking. Really, really weird!
Birding wasn't too bad today. I resolved to do some Exmouth sites early before doing Countess Wear after it had warmed up a bit. The farmer has finally cut the maize field at the top of Gore Lane and it was quite good. A quick circuit shortly after dawn revealed 3 golden plover, 9 snipe, c40/50+ skylark, 1 reed bunting, c5+ meadow pipit, c30+ linnet and c5+ chaffinch. There were 100+ dark-bellied brent goose and 3 turnstone on Maer Rocks. I scoped the drake long-tailed duck which was quite close off Warren beach and saw 2 black redstarts near the sailing club, though brief views suggested that neither were the 'paradoxus' male. Off Mudbank there was a female-type goldeneye and at least 11 great crested  grebes, along with the usual stuff, though both redshank and dunlin were present in higher numbers than usual.
Countess Wear was disappointingly quiet with c20+ redwing, 7+ chiffchaff, 1 water rail, 1 jay, 6 goldcrest and a grey wagtail the only birds of note.
This afternoon I took the dog and went looking for the great grey shrike on Colaton Raleigh Common but couldn't find it. At least 3 dartford warblers, a couple reed buntings, a fieldfare and several stonechat didn't quite make up for it but it was lovely up there all the same. 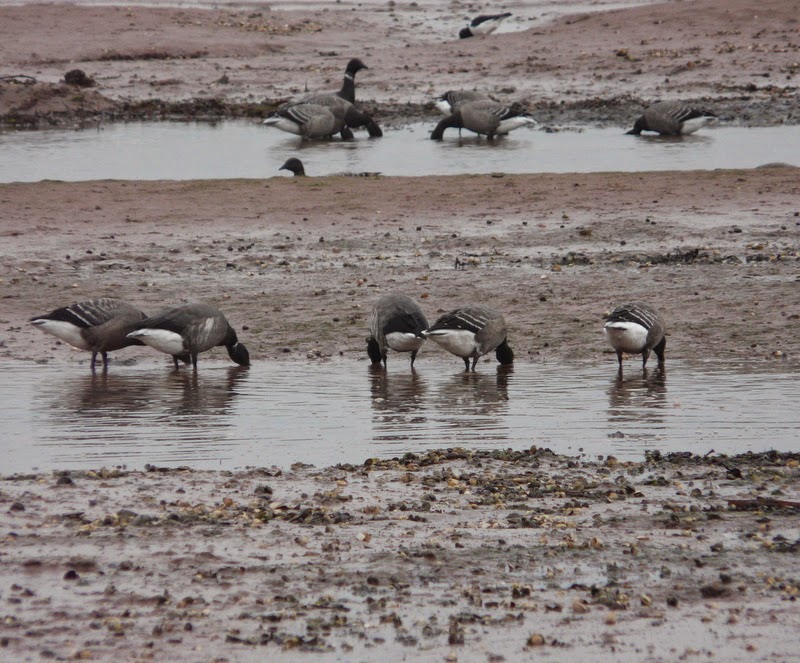 Good numbers of juvenile dark-bellied brents are mixed in with the adults off Shelly Beach. 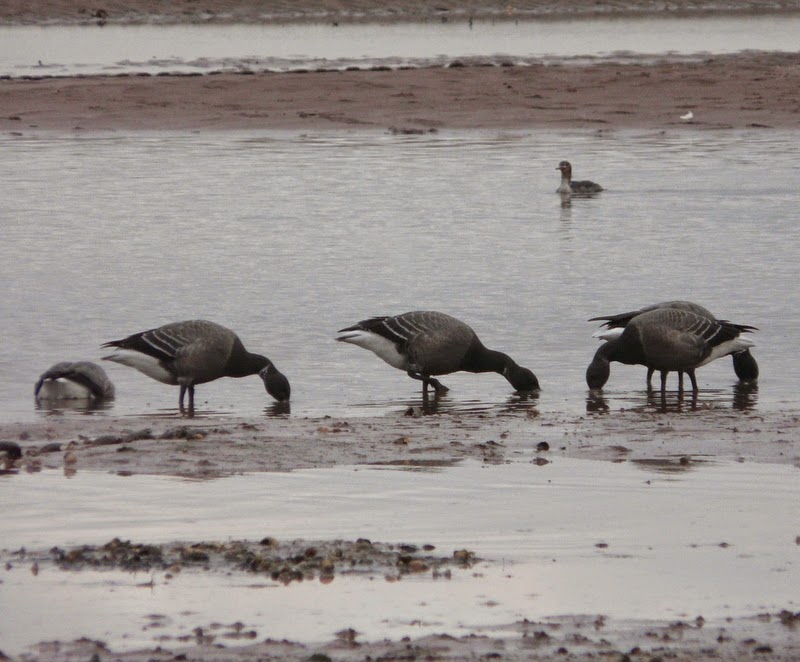 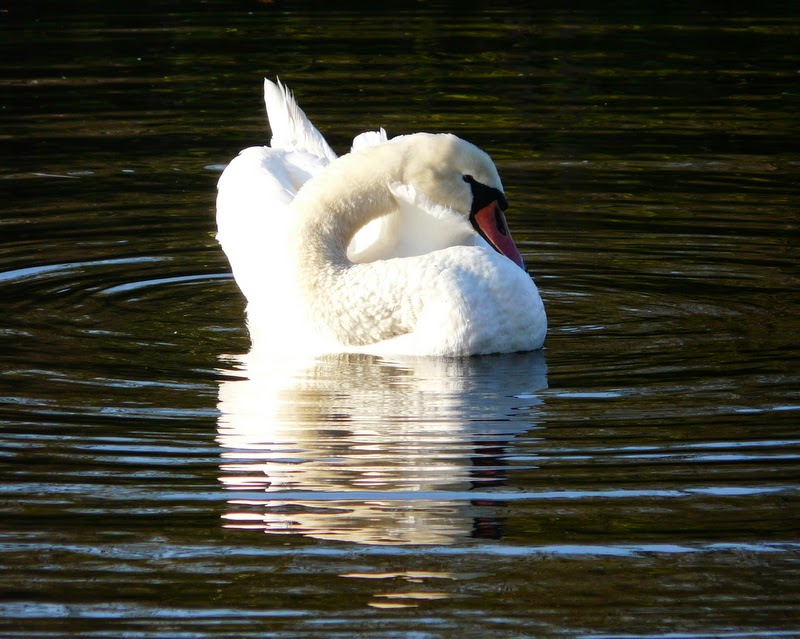 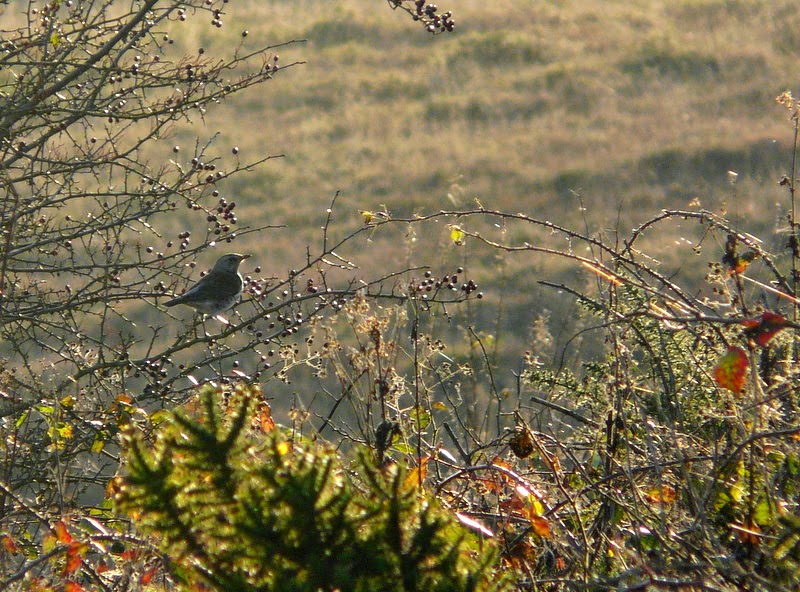